We Are What We Love: An Interview With Laverne Cox

The Orange Is the New Black star and all-around superwoman on being yourself.

Mysteries of the Deep 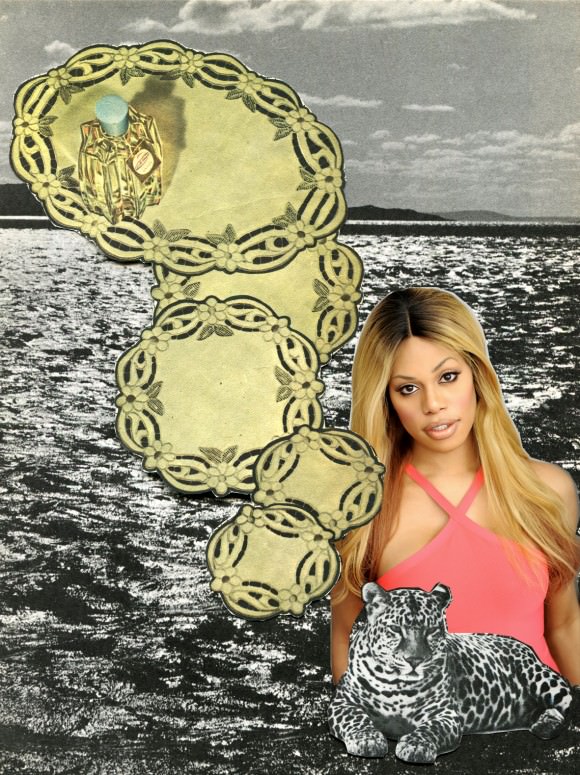 Collage by Minna, using a photo by George Pimentel/Sandy Caetano, WireImage/Getty for TIFF.

Laverne Cox has got it going on, in the sense that she’s really rad and really, really busy. She’s currently filming the third season of Orange Is the New Black while also finishing up her memoir (out in 2015), and co-producing the documentary FREE CeCe. The movie tells the story of CeCe McDonald, a trans woman of color who was sentenced to 41 months in a Minnesota men’s prison for defending herself against a life-threatening hate crime in 2012 and freed earlier this year.

In June, Cox became the first transgender woman ever to grace the cover of Time magazine, which anointed her “the public face for the transgender movement.” Last week, she made history yet again when she became the first transgender artist to be nominated for an Emmy. As I found out when I met her at the TIFF Bell Lightbox in Toronto, Cox doesn’t think of herself as a role model. She’s just fighting the good fight, working hard (and looking good doing it), and hoping the patriarchy catches up.

KELLI KORDUCKI: You’re very vocal about the need to challenge the patriarchy and binary ideas of gender. What strategies have you found effective in that fight?

LAVERNE COX: It’s about what we teach our children, what we internalize, and how we challenge those things in our daily lives. For folks who might be in some sort of patriarchially privileged space, it’s about being critical of that and interrogating it and not just blindly embracing that privilege. For people who are not, it’s about being critical of and pushing back against patriarchy in our lives in a personal sense. It’s always about changing people’s hearts and minds—and then we need to look at public policy.

What drew you to CeCe’s story and this project?

I say it in the trailer for the film that I could’ve very easily been CeCe. There have been many times that I’ve been walking down the street in New York City and gotten catcalled when people realized I was trans. I was kicked on the street once. I’ve been called a man. I’ve been called a “he-she.” I’ve been called everything but a child of God, actually. It’s been a part of my life. So whenever I hear of a trans person experiencing violence, it’s very close to me. It’s palpable, and it’s real. What was also deep to me, when I read about CeCe’s story, was how everyone talked about what a light she was to people around her. She was kind of a mother figure for a lot of trans youth in Minneapolis. Meeting her, I was like, I get it. She’s this remarkable young woman who refuses to be a victim. I got goosebumps just thinking about that. I love her.

She’s quite young, too. What advice would you give to trans or genderqueer kids who are trying to present their true selves to the world?

Define yourself in your own terms. In terms of gender, race, anything. We are not what other people say we are. We are who we know ourselves to be, and we are what we love. That’s OK. You’re not alone in who you are. There are people out there who will love and support you. It’s about doing the work and believing and finding those people—if they’re not in your local community, there’s somebody online that you can talk to for support.

How are you balancing being an artist with being an activist?

I’m not! There’s no balance in my life at all right now. I’ve had some conversations with my agent and my brother, who’s a huge advisor of mine. There are some projects coming up that will hopefully help me to do that. But balance is something I’m working on. When it happens, I’ll let you know! ♦

Kelli Korducki has written for NPR, The New Inquiry, Hazlitt, and many other places, and is on Twitter @kelkord. She has strong feelings about hot dogs.