Learning to love my body after sexual assault. 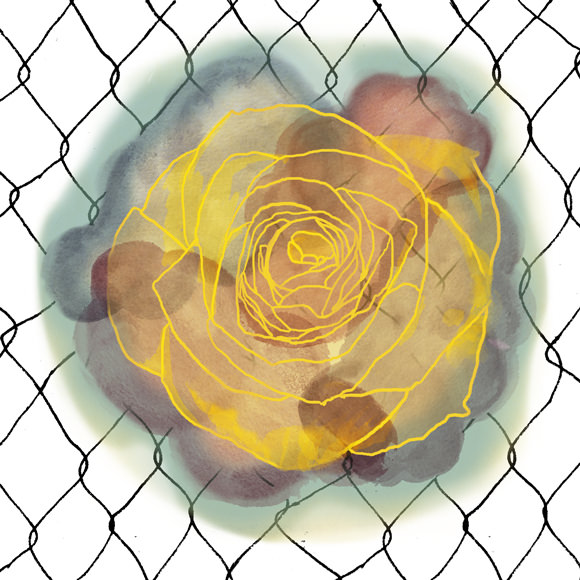 I’m going to start this story where the needles are, half an inch from my heart. I’m lying on my back with my shirt pulled up in a room full of people I don’t know. My tattoo artist has just started his work. The pain hasn’t begun yet. He’s only finished one word so far: in.

All tattoos come with stories, but sometimes you don’t want to tell them, or can’t, or won’t. I’m grateful my artist doesn’t ask me, but I’ll tell you. It’s a secret between you and me. No matter how many strangers might read this, I’ll pretend they’re all you, OK?

I’ve been sexually assaulted twice, both times by people I loved, and it took me a while to break off my relationships with them. I still think of the people who’ve hurt me with kindness. I did love both of them once, in different ways. The classic narrative of assault is simple: An unexpected stranger in a dark alley, or somewhere else disconnected from everyone and everything. But the truth is heartbreaking in its complexity. In the U.S. alone, sexual assault takes place on average, once every two minutes, according to RAINN (and if this has happened to you, please check out the rest of that website for resources, if you feel you could use them).

I’m staring at the ceiling of the tattoo shop right now, trying to count the popcorn, an old habit that started as a way to pass the time I spent in bed with the people who assaulted me. I’d count the tiles and mold spots—the popcorn—on the ceilings of our rooms. I don’t believe in God, so I count: I have been assaulted twice. There are 26 steps up the stairs to my bedroom, where I counted the minutes until my parents came home the first time it happened. There are eight window panes on my door. It has been nearly a year. Counting is my prayer. It is also a curse.

Before the artist did the placement sketch of where the tattoo would go, I stared in the mirror at home for hours, naked, bewildered at my body. I have always liked seeing bruises blossom into roses and purples and golds—I think of them as flowers. Unusually, I had no bruises that day. (My skin flowers easily.) But some flowers have thorns.

The artist is up to three words now: in a dream

Once, in one of my college classes, we raised our hands to count. You never think the ratio is real until it’s sitting diagonal, horizontal, parallel, and adjacent to you. And then you all cry together. The numbers go up if you are trans, if you are a woman of color, if you are queer. Women are sometimes afraid to walk home alone, lest they become a number, but I became a number through lovers—other girls, incidentally—whom I had initially trusted. Nobody told me that could happen, and for a long time, I didn’t believe it myself. But everyone is capable of cruelty.

It wasn’t even the assaults themselves that hurt me the most. It was that I believed they were my fault somehow. I apologized in one way or another each time. I apologized. I kept returning to bad situations, which filled me with such self-loathing that I would sometimes take scalding baths, like I deserved to be burned. I was trying to wash it all off me, but the water was never hot enough. Inevitably, I turned the cold faucet on anyway. I have to remind myself every day that it wasn’t my fault, and I still don’t feel like I’m telling the truth. Now, when I see something that reminds me—a word, a certain jacket, passing an old neighborhood—I have to keep my eyes on the ground. It wasn’t my fault.

in a dream you saw a way

It was difficult for a long time. I told my closest friends, and they nodded, but they didn’t seem to know what to say. I turned to impersonal online politics for help and found Tumblr conversations about sex positivity, which champions sexuality and loving yourself so that you may love others, like old Xeroxed copies of Riot Grrrl zines about self-love, straight from the ’90s to my 2014 computer screen: Sex is everywhere, love is all around. Positivity meant vocalizing everything, evidently, and so I swam in the vocabulary of sexuality. I tried to love myself to emotional health with the help of these discussions, because talking about it meant I was past the notions of body terror and betrayal…didn’t it? I tried to love my body. I tried to love sex, out of spite, and I couldn’t. It was hard to when all I could remember was that the last time I was naked with someone, I felt like crying.

I felt like I was trapped into boning, talking about boning, and being “unafraid and unapologetic” about vocalizing my desires. I thought that being an “empowered” queer person meant fucking myself out of my traumas and the patriarchy, and the fact that I didn’t want to meant I was doing something wrong. That it was my fault, all over again. I wasn’t queer enough, or sexy enough, or empowered enough. The weight was all on me. The pressure was just too much.

I decided to take a break from sex. I shifted my focus onto everything but my love life. I chased after bylines in my favorite publications, took trips with my friends to cabins and beaches, and enjoyed a lot of friendly kisses when I felt like it, without worrying about what they meant. I sought a new version of intimacy in the kindness and love of my friends. Now, I get my intimacy from friendships and from my dreams (and yeah, I masturbate a lot). Not worrying about other people and what they want from my body has freed me in the ways I had thought sex would.

in a dream you saw a way to survive

I came into this tattoo shop to remind myself that you may always remember what has happened to you, but your body will keep changing. A body can become unfamiliar to someone else’s in time. Here’s where counting becomes comforting: Red blood cells can live up to four months, white blood cells just under a month, skin cells a little over a month and a half. This means progress—my body is now all mine again. I survive my history by making my body new in other ways, too: I change my hair color constantly.

While I’d like this to be a neat narrative where I have gotten over my fears, my anxiety, my triggers, and my nightmares about sex after assault, I haven’t entirely. But I’ve learned that, sometimes, you don’t move on. You move through.

It took me a frustratingly long time to live with the aftermath of my assaults. Sometimes, I still get pulled back into nightmares, but I find comfort in the fact that I woke up. The sun is shining. There are dogs in the park. I woke up. I am not altogether my past. The bruises that bloomed faded away, too. Any body, with time, can be new. And that is a blessing. That is joy. That’s why I decided to permanently ink this quote by Jenny Holzer on my body: to reflect that.

Talking about this is difficult, and so I am out of my body again, hovering over myself like a ghost. Like Casper. I am a friendly ghost, telling myself (and telling you, too): It wasn’t your fault. Our experiences as survivors are complicated. They come in many shapes and forms. But if you have been in a sexual situation where you were too scared to say no, or incapable of saying no, that was assault. And it was never, never your fault. I want to hold your hand and tell you this with utter sincerity: You owe it to yourself to survive, first, always, and forever.

The artist is finishing up his work—I have a new tattoo:

in a dream you saw a way to survive, and you were full of joy.

I’m delirious with pain. I feel fuzzy and light, but I’m awake, and I’m not a ghost—I’m alive, I’m alive, I’m alive. The difference between this ache and the aches from before: I am safe. I could have told the artist to stop at any time, but I didn’t want to. I decided. I chose to mark my body as my own territory. It’s entirely mine, and though it always was, I know that now, and I blossom, and I bloom. ♦