A track premiere and interview about cheerleading movies (and more). 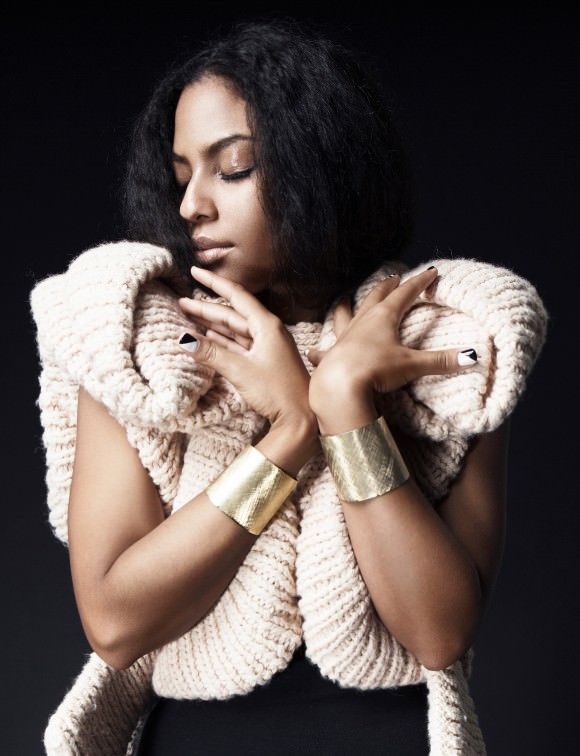 TIAAN’s work ethic is nothing to mess with. After the Australian singer-songwriter joined her dad, the jazz musician Doug Williams, on tour as a vocalist a few years back, she was signed by the Swedish record label and production company Aristotracks. She hasn’t stopped writing since, and it’s clear she puts her whole self into her songs: TIAAN’s sweeping melodies go right for listeners’ hearts in a way that reminds me of similarly soul-shaking artists, like Aaliyah and Sade.

Today, TIAAN is sharing a gorgeous new single, “Devil’s Touch,” below, with Rookie. She took some time out from official Aristotracks business in Sweden to talk on the phone with me about “what ifs,” parents, and the Criterion Collection–worthy film Bring It On. Consider our hearts all hers, and, if she’s captured yours, too, follow her on Twitter, Facebook, and Soundcloud, then check out this playlist she made of some of her own favorite songs.

ANNE T. DONAHUE: Tell me a bit about “Devil’s Touch.”

TIAAN: I was in the car with Joel Pott [the lead singer of the band Athlete], who is very happily married with beautiful children, and he mentioned a great subject: He was stuck in traffic one day and saw a chick giving him a bit of the eye across the road. He thought how different his life would be if he just rolled down his window and said “hi.”

The song came out of that idea. It’s about, “What if?” Like, that one thing that could change your life forever. It’s about delving into [the thought that] if you were going to do it, maybe your life would be touched by the devil, and everything would turn to crap—or it could be good.

What is one of your biggest what-ifs?

My career. What if I don’t make it, and [didn’t] have a career to sustain me? It’s a scary question!

What-ifs are very scary! You can go down some pretty dangerous roads.

Exactly—it’s an either/or. If you’re a chance-taker, then go right ahead with your “what if?”

I think it’s cool that this song was inspired by a road trip, and you got your start going on road trips with your mom and dad.

Yeah! It was more being on the road with my dad and his band, but when I was really little, we’d drive somewhere a few hours away and stay in a hotel, and [my mom would] always play music on the way. Lisa Stansfield and Ruby Turner were her car favorites. One song that also really reminds me of her is “True” by Spandau Ballet.

You were around your parents a lot as you grew up. Does that mean you avoided the teen angst most of us go through with since you were so close?

No, not at all! You can never avoid it, I think. I was a bratty teenager at one stage, and I had issues that I was going through, but, luckily, I had the love of music, and that’s always driven me to a more positive phase in life. So I’m on the same page as 99.9% of teenagers in that way. We’re in it together.

And the people who say they’re not? They’re liars.

How did your relationship with your dad change when you started performing together?

It was great, actually. I didn’t join the band until I was 18, so it was very hard for him in the beginning: He’s a bit of a ladies’ man; it’s his show, and all eyes are on him. Then he had this younger daughter who wanted to join him onstage, so he had to worry about guys and that stuff. But it brought us closer together, and I learned so much from him. He threw me in the deep end, like, “If you want this, you’ve gotta swim.” So I did!

And now you’re in Sweden! When you were growing up, where did you want to live, and has that changed?

Well, I’m heading to Australia next, but I don’t know where I want to end up! In the future, if I want to settle down and have kids, I’d probably go back to Australia, or somewhere in Europe. But for a little while, I definitely want to be in the States. I think L.A.’s more my vibe at the moment.

I’ve always wanted to live in America. I was so obsessed with the movie Bring It On. I was like, “Oh my god, I wanna be a cheerleader!” I used to be so pissed at my parents that I was born in Australia.

Were you or Team Clovers or Team Toros, aka team Kirsten Dunst? I feel like the Clovers had it going on.

They totally owned it. They were kind of rude, though—I didn’t like all that attitude all the time. So I think I’d rather be on Kirsten Dunst’s team. They were a bit nicer.

What is your favorite teen movie now?

Oh, I wish I was prepared for this! The one with Lindsay Lohan—she was so funny when she did comedies. It’s probably Mean Girls. Is that bad?

Actually, it has cemented our friendship for years to come!