Saturday Links: Tina and Rachel Back When Edition

Plus thoughts on Gaza, a room-size kaleidoscope, and Joan Didion.

I love the internet every day, especially when it does something like unearth a homemade video of the legendary comedy show made by Tina Fey and Rachel Dratch, which they put on before their days of fame and fortune, when they were just two women doing the sketch comedy circuit in Chicago. If you’ve watched (and maybe memorized) their performances on Saturday Night Live and 30 Rock, you’ll recognize many of their comedic tics, plus characters that they developed later on (for example: on 30 Rock, Liz and Jenna often reference their improv days, and the flashbacks were very much inspired by the real Rachel and Tina). It’s funny, inspiring, and worth watching, even though the video quality is less than stellar. This only cements my love for Tina’s and Rachel’s talent for making people laugh.

This photo of Dan Mintz, the comedian who voices Tina on Bob’s Burgers, dressed as his character is very important.
Julianne 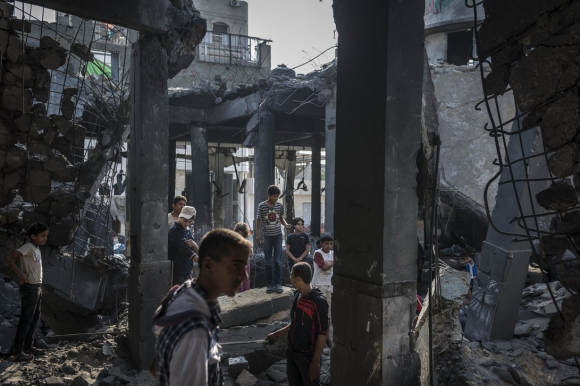 Palestinian boys in a bombed mosque in Gaza. Photo by Sergey Ponomarev for the New York Times.

Like many people around the world, I’ve spent the last few weeks watching the violence in and around the Gaza Strip with horror, deep sorrow, and prayers for peace. The conflict between Israel and Palestine, who are warring for control over Gaza, dates back to World War II (here is a really good primer on that history and why they’re fighting now). It’s unfathomable to me that so many civilians have been killed: As of Friday evening, over 840 people in Palestine have died, and more than 5,200 people have been injured. Three Israeli civilians and 35 soldiers have been killed as well.

Most devastating is the number of children who have died. On Wednesday, four Palestinian boys were killed on a Gaza beach while they were playing a game of soccer; the next day, explosions killed 16 people, mostly women and children, who were seeking refuge in a Gaza school. It’s hard to make any sense of this.

My friend Sarah Seltzer wrote a devastating piece for the Jewish Daily Forward called “Those Boys on Gaza Beach Remind Me of My Brother.” Here’s one part of it:

I have a twin brother who, as a kid, frequently ran around outside with a ball and his friends—usually in New York’s parks. Woe to the teachers at our Jewish day school who denied them gym or recess: They acted up extra-rambunctiously when they were cooped up. One of the cardinal lessons of my childhood was this: If you don’t let kids run around, everyone suffers. So that, in part, explains why the boys on the beach in Gaza proved my breaking point—boys who had been shut in for over a week and just wanted to kick a ball around, for a blessed few hours, and feel the air.

Those four little boys just wanted to be kids, and they were murdered for it.

Another perspective comes from Claire Hajaj, who wrote this essay, “My Jewish Mother, My Palestinian Father, and a Family Torn Apart“:

I find myself standing between bunkers, exposed to fire from both sides. I recently launched a novel, inspired by my parents and their brave attempt to rewrite tribal hatred. As the book hit the shelves, the bombs began to rain on Gaza. And as the blitz transformed into a ground offensive, every social media site began to run the kind of vitriolic, hate-filled attacks that dogged my childhood and eventually tore my parent’s marriage apart after 25 years of raising us in hope.

Hope is something I’m struggling to find, too. To help the children of Gaza, you can donate to the Palestinian Children’s Relief Fund or to ANERA. 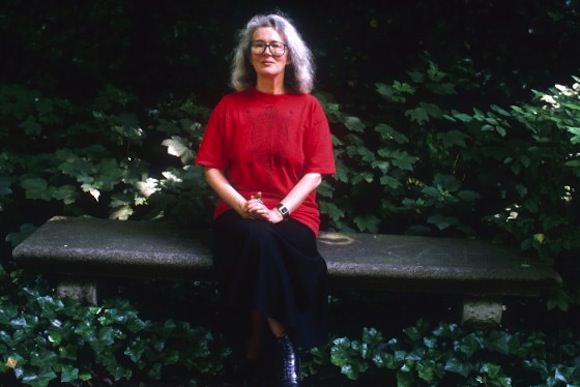 Photo of Angela Carter via Vulture.

Have you ever heard of Angela Carter? I hadn’t until I read this profile of the feminist horror writer by Brian McGreevy, a fan and fellow horror author who says that her work greatly inspired his novel-turnt-Netflix series, Hemlock Grove. He writes that Carter’s “favored motifs” include:

virgins, snow, mirrors, blood (especially menstruation), white negligees (especially blood-stained), girls raised by wolves, female nudity, comparisons of female nudity to immolation, exposed genitals (male, female, and animal), exotic smells, less-than-exotic smells (a fish market is compared to “a brothel after a busy night”), necrotic aristocrats with unspeakable appetites, and roses (“their huge congregations of plush petals somehow obscene in their excess, their whorled, tightly budded cores outrageous in their implications”). Capturing “real life” held no interest for Carter; in fact she believed the intentional artifice of fiction was not a slave to reality but had the power to change it.

Excuse me while I check out every Angela Carter book at the library now!

Our collective favorite part of Beyoncé’s “Flawless” has been made into an ebook! Yes, Chimamanda Ngozi Adichie’s “We Should All Be Feminists” speech, which explains the need for us all to support gender equality, will be published next Tuesday!
Dylan 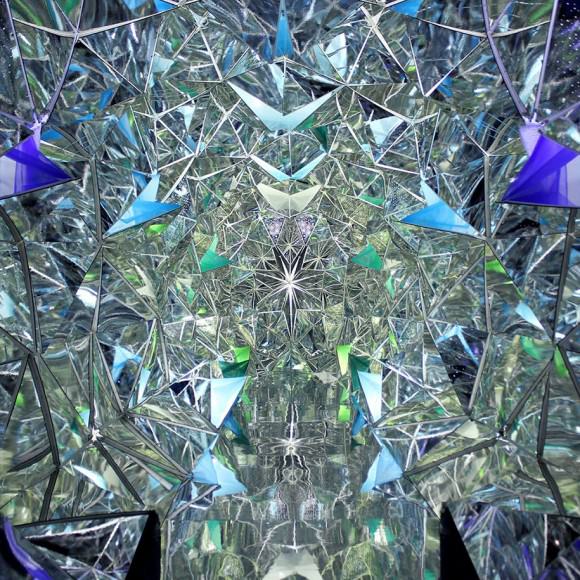 Photo of Wink Space via Demilked.

Hi, I’m Dylan, I like shiny, welcome to my DREAM ART. The Japanese designers Masakazu Shirane and Saya Miyazaki have created Wink Space, a room-size kaleidoscope built inside a shipping container. I can only imagine how happy interacting with this piece would make me! I bet it would feel like walking right into a diamond. The coolest part is that these mirrored panels are connected by ZIPPERS, so this installation can be re-created in new shapes. Brilliant! 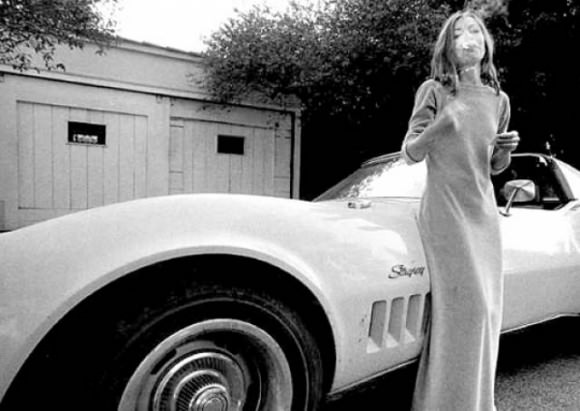 This week, I had the chance to enjoy some of my favorite topics—Joan Didion, Los Angeles, and pop stars—in Alice Bolin’s piece “The Place Makes Everyone a Gambler” in The Believer. A favorite bit was a beautifully simple question about the endless but limiting freeways of Los Angeles: “If ‘the open road’ is an American totem of independence and escape, what does it mean when the road is actually a closed circuit?” Damn. L.A. is deep, man. 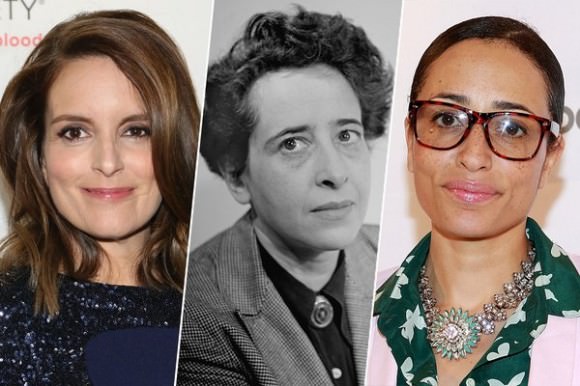 Oh, the high fives I want to give to archive-sifters everywhere for searching the depths of catalogs for the stuff I REALLY want to be hearing, watching, and reading. The Cut went ahead and did the noble deed of highlighting the best pieces by women in the New Yorker in honor of the magazine’s website relaunch and the corresponding public release of its entire archives, which were previously behind a paywall but will be free for the rest of the summer. Learning that Joan Didion profiled Martha Stewart just made me weak in the knees. What a gift to the world!

A music festival in British Columbia is banning the wearing of Native American–“inspired” headdresses. This blithe expression of cultural appropriation has become ubiquitous at music festivals, and it gives me a flash of hope to see organizers finally calling it out. Bravo.
Brodie 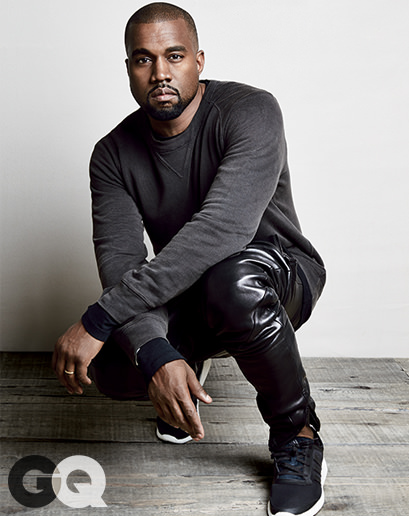 What’s the best analogy in Kanye West’s new interview with GQ? Was it when ’Ye, talking about his tendency to defend himself and those he loves from attack, compared himself to a blowfish? Or was it his recognition of the seating arrangements at his and Kim’s wedding as a microcosm of the class divisions among the super-wealthy in general? Those were both great moments, but the best one was obviously when he compared his love and amazement for Kim to the part in Step Brothers when John C. Reilly’s dad tells him not to lose his dream of being a dinosaur. Duh.

Kanye also admits, in this incredible interview, that some of the creative ideas he puts into the world are a little too ahead of their time (“history’s gonna be harder to make than I thought”) and talks about how his dream that some day, young designers might aspire to work at his company, DONDA, instead of at one of the elite Paris fashion houses that haven’t exactly welcomed ’Ye in with open arms. Grab some tissues if you haven’t read this yet, because when you get to the final line of this interview, you’re gonna need ’em.

Dear Chris Pratt,
Hi! How are you? I’m well. Congratulations on your new movie. I’ll quit the small talk now: Would you like to come to my sleepover? My friends are bringing the popcorn and candy and DVDs and Ouija board, but we really need someone with deft fingers to french-braid our hair so we wake up with beach waves, as you have in this video where you, Chris Pratt, braid the hair of an Entertainment Tonight intern. I respect you for knowing what a french braid is and not doing that thing that boys do where they think every single hairstyle is a ponytail. You get us, Chris. And we love you for that.
Meagan

Like many people who don’t actually live in NYC, I have a very romantic idea of the city, so HTRK’s new music video for “Chinatown Style” (from their gorgeous new makeout album Psychic 9-5 Club) immediately grabbed hold of me and didn’t let go. It’s a stunning 11-minute foray into the city—the beautiful, the grimy, the sexy, the sad. The director said he wanted the video to have a voyeuristic quality, and indeed, I felt like I was witnessing moments that maybe I shouldn’t. 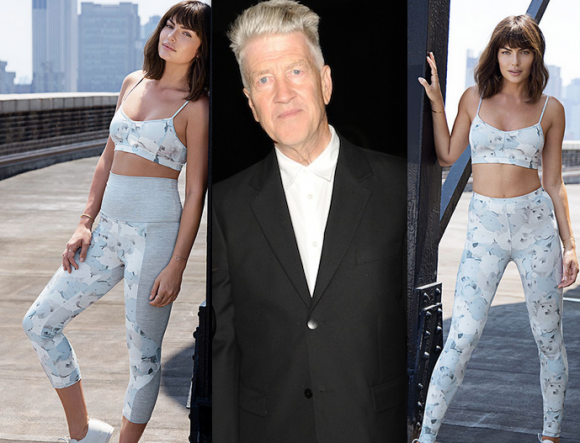 Photo of David Lynch by David Crotty via Paper Magazine.

David Lynch has designed…workout wear? Um, completely random and weird, but OK! Everyone’s favorite surrealist dad collaborated with Live the Process to create sports bras and leggings, with a portion of the sales going towards abuse victims. I’m almost surprised that he didn’t incorporate a Twin Peaks–y wood-paneling print! In any case, next time you’re going for a jog, you can pretend that you’re running along Mulholland Drive in Lynch’s fabulous bike shorts.
Caitlin D. 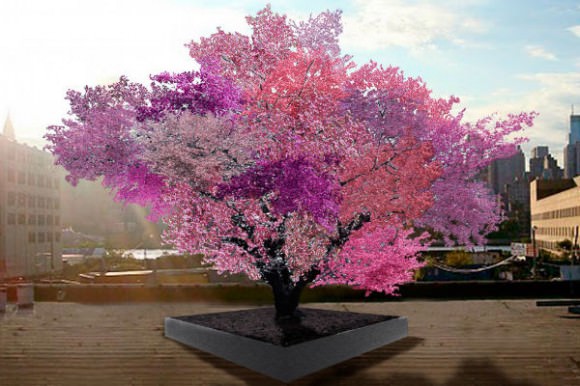 When an art professor heard that an orchard that was home to tons of trees bearing rare heirloom stone fruits was closing down, he did what he could to save the orchard’s bounty. The result is stunning: The guy, Sam Van Aken, managed to graft 40 kinds of fruit branches onto a single tree.
Chanel 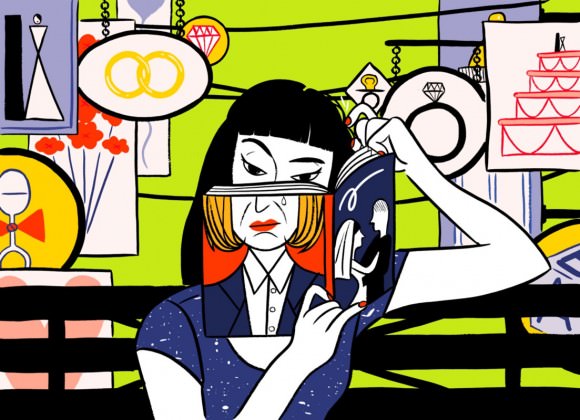 The reporter Irin Carmon formed a very cool book club to discuss Susan Faludi’s Backlash: The Undeclared War Against Women, which came out in 1991 in response to that era’s attacks on that era’s feminism. The reading group is full of rad women like Rookie pal Lena Dunham, staff contributor Roxane Gay, the incredible writer Tressie McMillan Cottom, who will each dissecting a different chapter of Faludi’s book. Carmon hopes they will discuss how relevant the text is to what women’s lives and feminism today. If you want to be a part of the conversation, read the conversation about chapter two of Backlash here and tweet your response with the hashtag #BacklashBookClub!
Britney 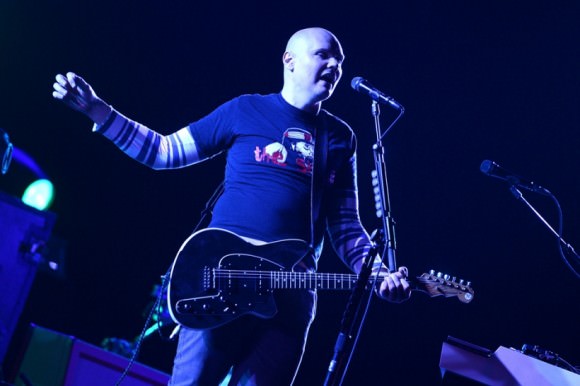 Photo of Billy Corgan by Getty Images, via SPIN.

Smashing Pumpkins have completed Monuments to an Elegy, the first of two Pumpkins albums to be released next year!

If you need something to watch, look no further: here is a compilation of high school subculture documentaries, including my favorite, Dirty Girls. If you are interested in teenage feminists in the mid-1990s, skates, witches, and/or rap music, you’ll enjoy these. ♦