Plus Pulp Fiction makeup, scorpions, and an update on what Harry Potter’s doing these days. 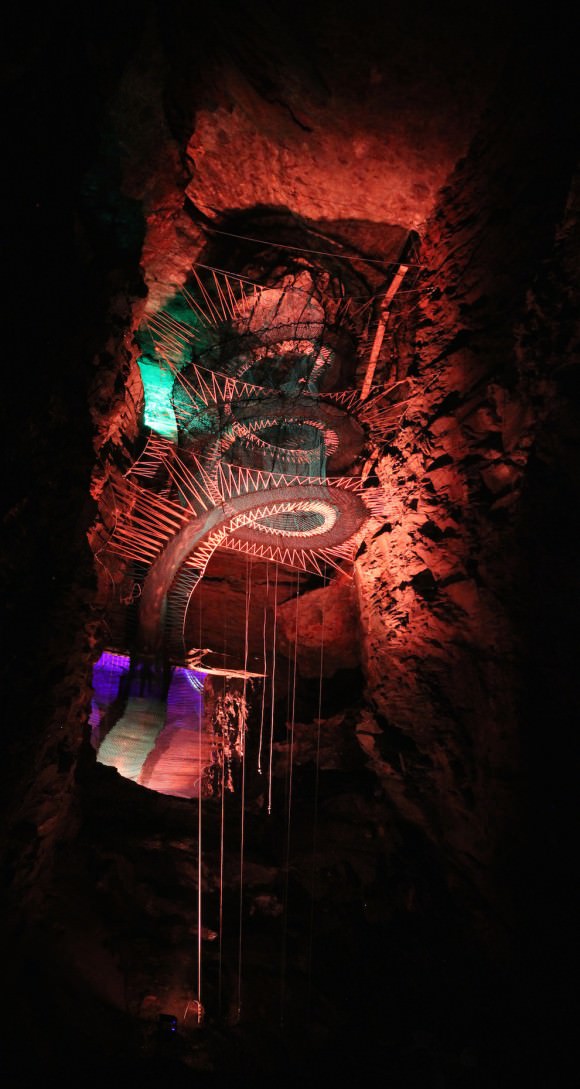 Photo via Bounce Below.

This week, the world’s largest trampoline opened in Wales, which is exciting enough, but it gets even better…it’s an UNDERGROUND TRAMPOLINE IN A CAVE. Who’s up for a British Rookie road trip?
Brittany

The recent Usher single “Good Kisser” has been a staple on my summer playlists, but I may have to replace it with “She Came to Give It to You,” his new collab with the always-on-fire Nicki Minaj, whose verse here is pretty damn perfect. Now I’m dreaming of an Usher feature on a Nicki song!
Stephanie

J.K. Rowling wrote an article bringing us up to date on the current lives of Harry, Ron, Hermione, and more. It’s so weird/great to read about now-34-year-old (and graying—gasp!) Harry!
Nova 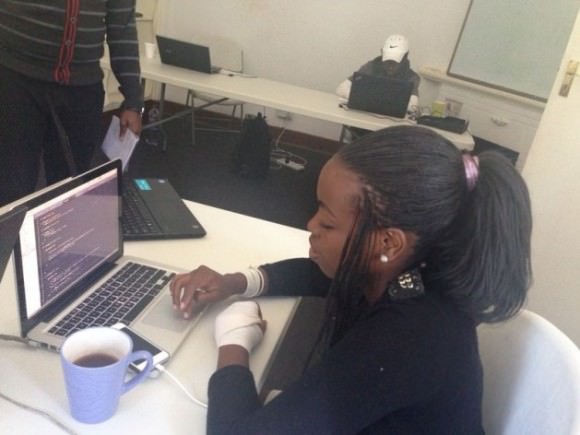 Young women in Zimbabwe are doing big things in tech! Twenty-two-year-old Moselyn Muchena has created an interactive app for the catering industry, a field that is dominated by women, to help entrepreneurs simplify their businesses. A nonprofit called TechWomen is mentoring Moselyn and other young women under 23 and encouraging them to make creations that aid their communities. I find it so rad and inspiring that Moselyn and her peers are using their smarts to come up with solutions that benefit other women.

Miles Ahead, a movie about the legendary jazz musician Miles Davis, is officially in the works! I agree with what Don Cheadle, who plays Davis in the film, says in this interview about how biopics often tell the Hollywood version of famous people’s lives instead of the truth, so I’m confident that his interpretation of Davis will be amazing.
Dylan

I go all kid-in-a-candy-store when I encounter live-music archives, so this announcement that thousands of classic concert videos have been uploaded to YouTube by the concert archivists at Music Vault got me all tingly with stokedness. Over 13,000 specimens of rock history, ORGANIZED in LISTS, aka perfect digital filing cabinets? This is why I love the internet.

It pinches my heart a bit to see the recent backlash against Susan Miller of AstrologyZone, whom I interviewed for this ol’ website back in 2013. Miller normally posts forecasts for each month of the first day of the month, but due to illness and the 4th of July holiday, she posted them a week late this time around, and tons of fans were stirred into a frenzy. No matter what, I think the fact that Miller writes several dozens of thousand words a month is an incredible feat. So, in conclusion: Relax and be respectful, please.

In the most YAY!-worthy news of the week: My personal favorite grown-man Rookie fan, KING TUFF, dropped a new song, “Eyes of the Muse,” from his upcoming album Black Moon Spell. KT reminds me what I love about music and being a freak for life, so I can most certainly dig this new psych-pop jangler. “Eyes of the Muse” is like a pair of roller skates gliding me into this sunny summer weekend!
Meagan

Paris’s haute couture Fashion Week just came to a close, and I loved a lot of what was shown there. Couture places more of an emphasis on creativity, artistry, and workmanship than it does on wearability or potential sales. It’s also a celebration of pure technical achievement in design. Some of these pieces take weeks and whole teams of people to construct! Here were some collections that made me swoon:

Photo by Yannis Viamos, via Style.com.

Valentino will forever own my heart. This collection looks like a hybrid of ancient Greek nymphs and forest faeries, with a little executive boss-lady thrown in the mix. 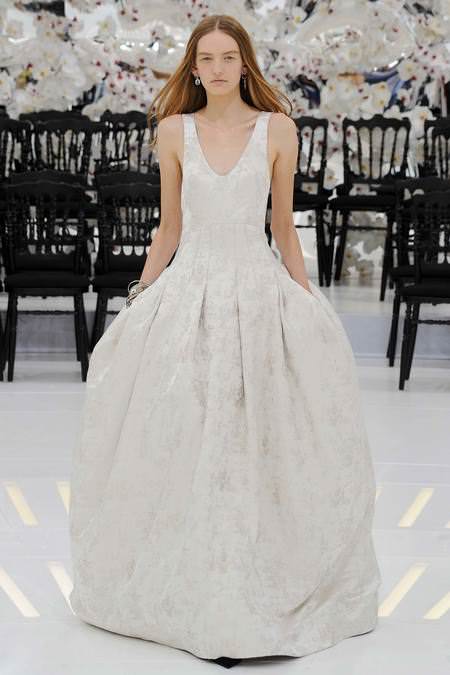 Raf Simons, who designs for Dior (and his own incredible menswear label), is the reason I became obsessed with fashion. He is a precise, thoroughly modern designer who imparts his own signature style on every collection he creates, and this one is no exception. The dresses that resemble Edwardian hoop skirts with TUBE POCKETS at the hips are the raddest part. 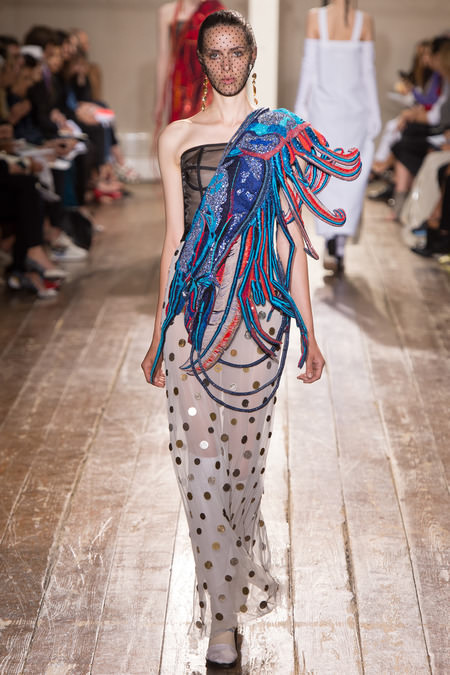 Martin Margiela doesn’t produce haute couture in the classic sense; rather, the house utilizes found objects and novel ideas in their so-called “Artisanal” collections, with each piece being a one-off or produced in tiny quantities. This collection is a burst of colors, flowers, Kanye masks, sheer polka-dots, and, most important, a SHRIMP VEST. I kind of want to laugh, but I’m also strangely fascinated—and kinda hungry.
Chanel 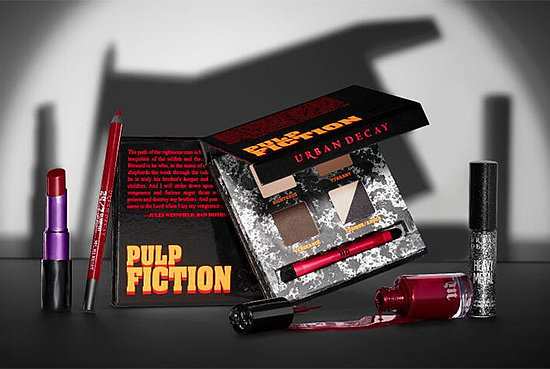 Photo by Urban Decay, via POPSUGAR.

Thanks to Urban Decay’s new Pulp Fiction makeup collection, you can wear your love of that movie all over your face! The line features (of course) a red lipstick that just screams “nosebleed.” Whether you want to channel Mia Wallace or take a risky trip to your local diner, paint your lips and eyes with this rad makeup collection, which comes out July 16.
Lucy 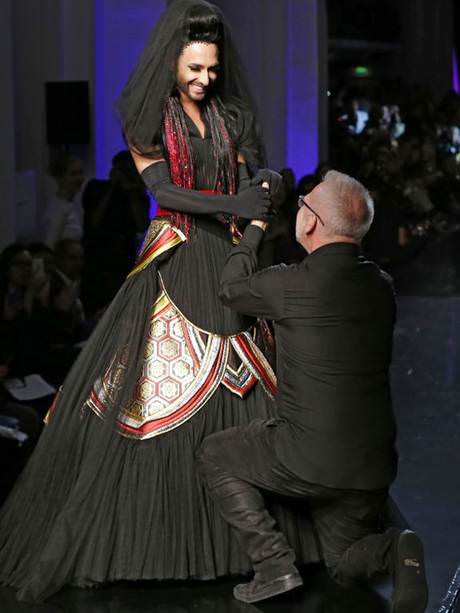 Photo by Getty Images, via the Daily Mail.

My heart SOARED ABOVE THE MOON this week when I saw that Jean Paul Gaultier presented Conchita Wurst on the runway during his Paris couture show. She straight-up brought Gaultier to his knees when she appeared on the catwalk. BRB perpetually swooning. 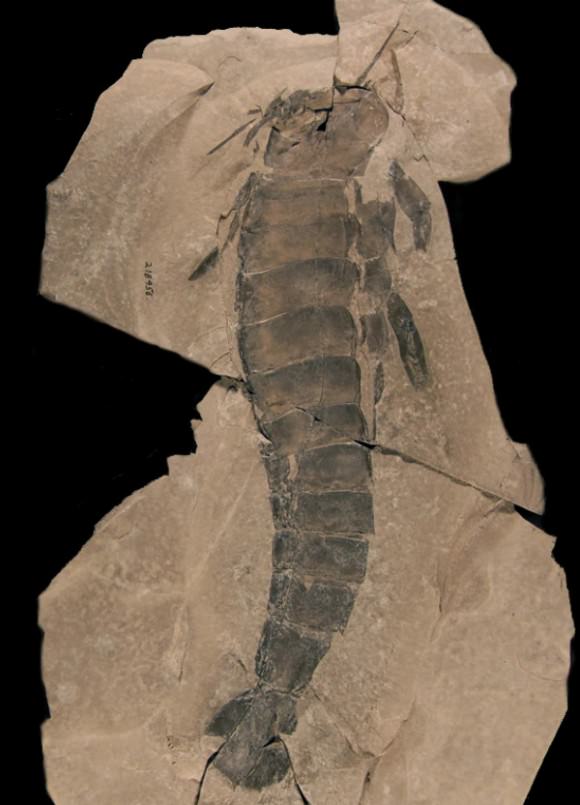 Paleontologists at Yale University are saying that a species of giant sea scorpion that lived 400 million years ago, A. cummingsi, was actually less intimidating than it appeared. While its formidable size (eight feet!) and giant pincers may have looked scary, the scorpion preferred to eat plants and smaller sea creatures to anything (or anyone) bigger. While my lifelong dream of hanging out with tyrannosauruses may never come true, I’m slightly comforted by knowing that I could have hung out with this guy without fear, if only we had been around at the same time.
Naomi 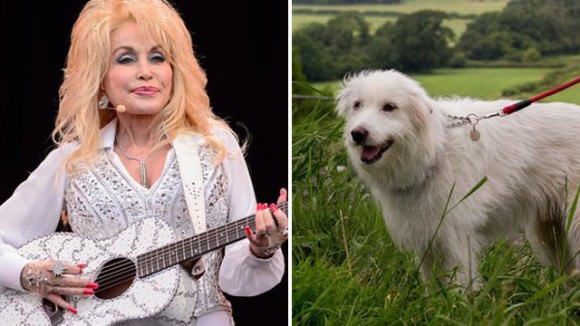 Dolly Parton drew a massive crowd when she appeared at Glastonbury Festival in the UK last weekend (of course). After the show, the cleanup crew found an abandoned dog, which they named after Dolly. Then, the cutest thing ever happened: If no one comes forward to claim Dolly the dog, Dolly the Parton offered to adopt the stray pupper! It was not to be, though: Dolly’s owners were eventually reunited with their lost pet, making this story even sweeter.
Caitlin D. 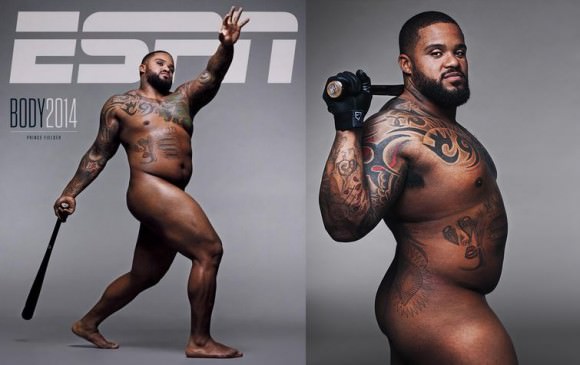 Photos by Alexei Hay for ESPN the Magazine.

This year, ESPN the Magazine‘s annual Body Issue features Prince Fielder, a 275-pound first baseman for the Texas Rangers, and the awesome photos of him leave no doubt that healthy, powerful bodies can come in a wide variety of shapes.
Britney

I love this Nardwuar interview with Mac DeMarco. Be forewarned, though: It’s a little NSFW! 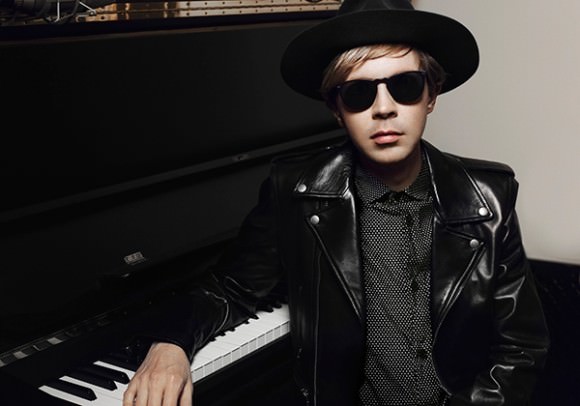 In 2012, Beck released a book of sheet music called Song Reader, that left it up to Beck’s fans to play and interpret his songs. This week, Beck announced the official recording of Song Reader—but he’s only playing one song on the album. The rest have been interpreted by contributors including Jacks Black and White, and I’m so excited to hear it.

In more Beck news: For the musician’s 44th birthday, which was July 8, SPIN compiled a list of Beck’s thoughts about “Loser,” the song that introduced him to the world (and caused him to become “the face of the slacker generation,” to his dismay).

AC/DC fans: Brian Johnson has confirmed that a new AC/DC album will be released in 2015!
Arabelle

I’m so excited that the first episode of MisSpelled, a new web series about teen witches, is live on YouTube! YAY, TEEN WITCHES.

I cried reading this essay about seeing a dead friend’s Facebook page live on. We live in an age where loved ones who’ve passed away are often still around online, and the way this writer deals with negotiating grief and ghosts on the internet really hits home. ♦