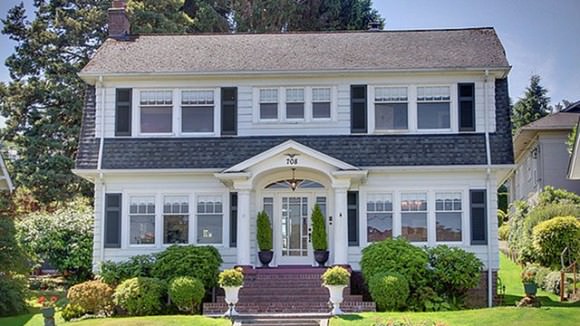 Photo via The A.V. Club.

Calling all Twin Peaks obsessives: LAURA PALMER’S HOUSE IS FOR SALE, if you wanna live in it! It even still has Laura’s wicker rocking chair—one last reminder that Laura, and BOB, were there.
Jamia 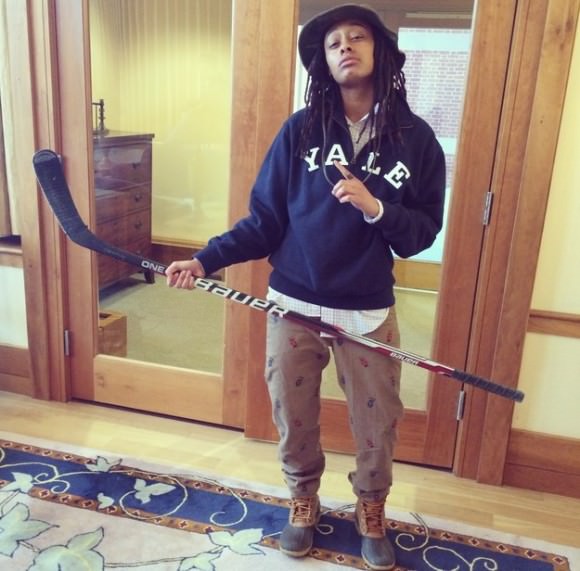 When my fellow Rookie Hazel shared a story about the ouster of the prestigious Lawrenceville School’s first African-American female student body president, I felt a familiar punch in the gut. As one of 12 black students who attended my all-girls boarding school during my time there, I wasn’t surprised to hear about the backlash Maya Peterson received after taking an Instagram photo satirizing the dominant culture at her school that she describes as “right-wing, Confederate flag–hanging, openly misogynistic Lawrentians.”

Like many other people of color in prep school, most of my education about racism emerged from experiences with microaggressions and obstacles fueled by privilege driven entitlement, rather than history lessons in my textbooks.

When Peterson said that her photo was a response to blowback directed towards her and other black students who raised their fists in “Black Power” salute in her senior photo, it brought me back to a time when my so-called “reverse racism” was questioned by an administrator because I sat at an all-black lunch table—without giving the same regard to white students sitting together unceremoniously. It also reminded me of the outrage I felt when I was criticized for refusing to change the Black Student Union’s name to the “Diversity Club” to make some prominent white parents feel comfortable with their daughters joining our group as allies.

While I truly love my alma mater, and appreciate the great strides the new leadership has made since my time there, Peterson’s story reminds me of some of the hardest lessons I’ve learned about the consequences that emerge when speaking truth to power as a person of color in a community where you’re the minority. Being a “prep school negro” taught me a lot about how deeply institutionalized racism is rooted within our culture, systems, and institutions. This unadvertised part of the curriculum unknowingly prepared me to confront this same dynamic over and over in the workplace and beyond—and just like Maya Peterson and many others, I’ll keep fighting.
Laia

If you didn’t already want to be her BFF, this video of Lupita Nyong’o braiding her girlfriends’ hair will def make you want to join her posse. It’s so sweet to see her being so attentive with her friends, because taking care of your girls is always a number-one priority. She seems so cool, and I want to hang out with her BAD.
Stephanie 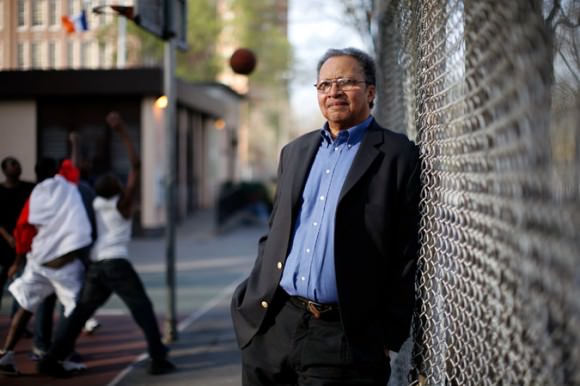 Walter Dean Myers photographed by Damon Winters in 2008 for The New York Times.

On Tuesday, the children’s and YA author Walter Dean Myers passed away at the age of 76.

Even though I write YA literature now, I didn’t read much of it as a teenager in the ’90s because I had a hard time finding YA books that were interesting, well-written, and felt reflective of real teen life. The writing of Walter Dean Myers was one of the exceptions. Myers’ voice was an incredible one, a real one, and a necessary one. He brought racial diversity to children’s literature, and talked about the importance of that diversity earlier this year in the New York Times Sunday Review. His final novel is scheduled to come out in September, and, although I’m sad, I’m also glad we haven’t seen the last of his work.
Dylan 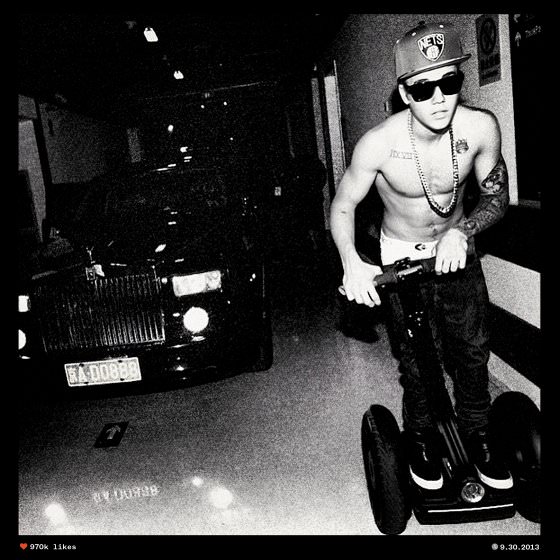 A recent Instagram photo posted by Justin Bieber, via Vulture.

My favorite read this week realigned me with the trajectory of Justin Bieber’s career as of late (so out of the loop on this Very Important Issue, guys, forgive me). I appreciate author Vanessa Grigoriadis’s approach to piecing apart the phenomenon of teen stardom: She has a real sensitivity to our cultural obsession with the meteoric trope of a disastrous transition from child-fame to fame-fame, accompanied with an understanding—and a hope—that this isn’t the case for all young celebrities. Sometimes child stars become adult stars—but sometimes they become just adults.
Julianne

“Blaue Blume,” Tina Tsang, 2007, via the Philadelphia Museum of Art

The Main Dish is a new exhibit at the Philadelphia Museum of Art and wow, is it deep: It explores the idea that the kitchen is “a woman’s space,” with photos of Betty Draper–style “perfect homemakers” with modern kitchen objects like tea kettles and serving dishes. They represent the “image of a white, middle-class married woman content in her stylish and decidedly modern kitchen.” The subtext, of course, is that the dishes and perfection are patriarchal instruments meant to KEEP WOMEN DOWN.

National Geographic interviewed the curator, Erica Warren, who says that the homemaker “exists as another object adorning the kitchen and, as such, must keep pace with changing fashions and concepts of modernity.” SO DEEP. 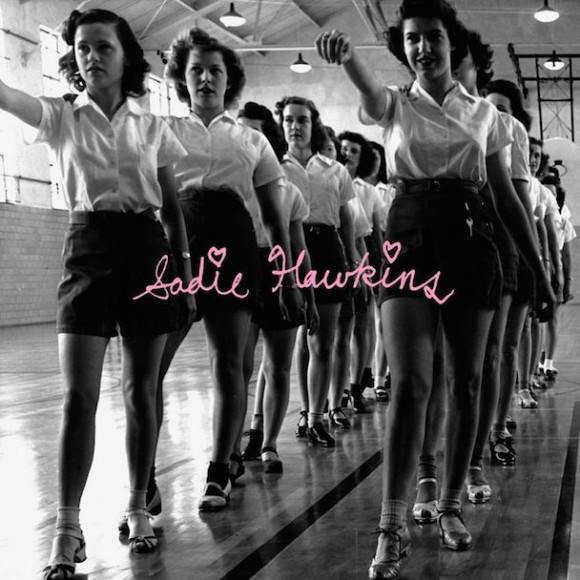 The single artwork for “Sadie Hawkins.”

The Seattle musician Katie Kate dropped a candy-morsel of a song called “Sadie Hawkins“ that I cannot stop playing. It’s a sweet pop number that is eminently singable, and I already know at least one person who was inspired by the lyrics—”I’m gonna Sadie Hawkins you so hard!”—to ask a boy she likes on a date. (Spoiler: It worked!)

This week marked the start of Ramadan, the month in which practicing Muslims fast from dawn to sunset to honor the Qur’an. Ramadan is one of the most important parts of Islam, but at The Fatal Feminist, 23-year-old Nahida writes about her experiences with non-Muslims being cruel and hostile to her during her fast, turning their nose up to her about having to “starve herself,” and how it speaks to how many non-Muslims perceive the religion as a whole. “It’s not a healthy intrigue with the novelty of the concept,” she writes, “not the thoughtful consideration of a religious objective, not in turn self-reflective of the course of submission to Love and sacrifice. The undertone is that your religion is cruel. And shockingly cruel.” She finishes her piece by writing beautifully about what Ramadan represents, and how exactly not-cruel the fast is. Important reading!
Caitlin D. 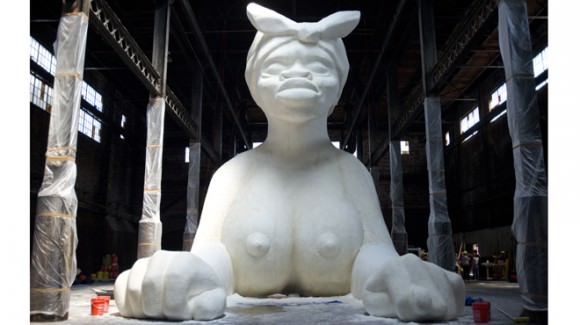 Kara Walker’s “A Subtlety.” Photo via Time Out New York.

This eyewitness essay about the racial misappropriation of Kara Walker’s “A Subtlety,” an incredible, massive sugar sphinx sculpture in New York’s old Domino Sugar Factory, rules. Its exploration of the intended lessons on sexual slavery and black women’s bodies is powerful enough to serve as commentary on the consumption of art in general.
Arabelle 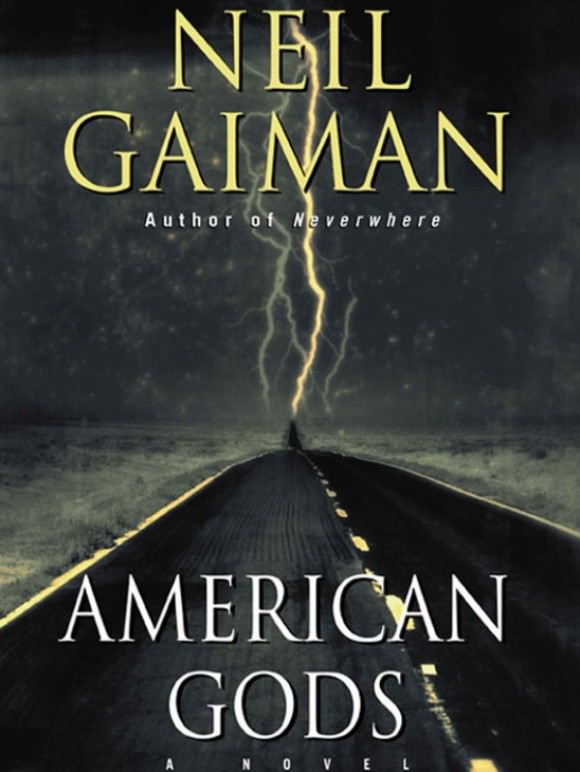 The book that started it all.

I am SO EXCITED to see that American Gods, my fave Neil Gaiman novel, is being made into a TV series by Bryan Fuller, the creator behind many of my favorite shows!! I FEEL LIKE SCREAMING AND CRYING GLITTERRRR ♦