The kuduro innovator talks about her hopes and dreams, and her new album, which we’re premiering here today.

Literally the Best Thing Ever: The Qualia Problem 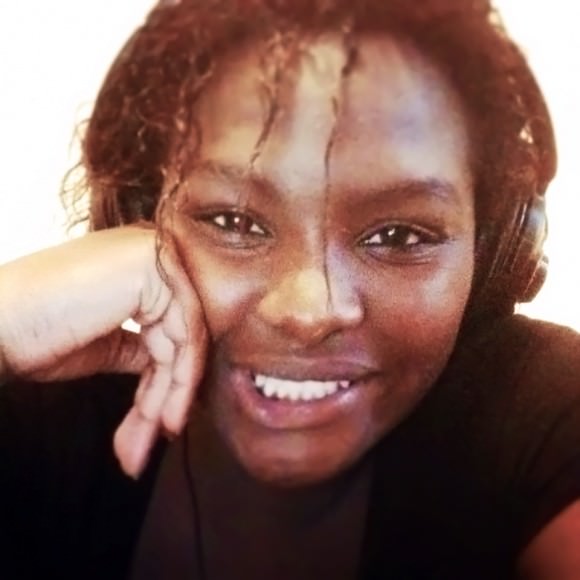 Nidia Minaj comes home from her high school in Bordeaux, France, every day in a frenzy, anxious to work on her music. The latest product of her creative impulse is her debut record, Estudio da Mana, which we’re proud to premiere here today.

Seventeen-year-old Nidia, an innovator in the kuduro and Afro-house genres, takes street party sounds and pushes them in all kinds of new directions. The result are infinitely danceable tracks that all of us at Rookie are straight-up obsessed with.

She spoke with us last week through Sam Szoke-Burke, who runs Brother Sister records, the label that is releasing Estudio next week.

NIDIA MINAJ: I go to school at 8 AM and get home at around 5 PM. The first thing I do when I get home is turn on my computer. I put down my bag and grab a snack while the computer is starting up. The snack is placed next to the computer, I sit down, and the first program I always open is FL Studio, to start making beats. Sometimes I don’t leave my desk until 12:30, if I have school the next day—if not, I might keep working on my computer until three or four in the morning. Sometimes I forget to eat. When that happens my mother will start yelling at me…

Do you work on music every day?

Yeah, I make music every day. I’m always inspired. I often find myself [at school] thinking, How many hours until I can go home? I’m buggin’ to start making beats! My source of inspiration is partly the ghetto of my childhood in Portugal, and also just the things that I have experienced throughout my life. I feel like I was born to do this.

How did you get turned on to kuduro and electronic music?

I’ve been listening to kuduro since I was really little. It’s about dancing as much as it is about just listening to good music. Everybody in my neighborhood in Portugal listened to kuduro. There were a lot of different kuduro dance crews as well that would battle each other. Electronic music came later. I discovered a lot of it through my older brother.

I know you started out as a member of Kaninas Squad in Vale de Amoreira, Portugal. How did you join that group?

Kaninas Squad was an all-girl kuduro group that started at school when I lived in Portugal. In the beginning we just danced for fun in secret, but after a while we progressed to performing live and actually writing tracks.

Do you think that gave you a better idea of what you wanted to do on your own?

I always thought about being a solo artist. Me and the other members of Kaninas Squad, we had different dreams. I was always trying to get us into the studio to record more tracks, but it was difficult to organize everyone. Now, I live my dreams, dreams that I don’t think the others shared. The other girls liked kuduro, but they weren’t DJs or producers—they just sang and danced. With me now, it’s a bit different, because I find myself actually making kuduro beats, so I feel more connected to the genre.

How did you learn how to produce?

I started by watching YouTube videos, just to learn the basics of making music with a computer. After a while I reached out online to DJ Dadifox, who is another DJ making a lot of kuduro and Afro-house music. We chatted online, and he explained how different parts of FL Studio worked—things that I had no idea about before. In the beginning, it was a little bit difficult to learn how to use recording software, but with time and practice it became easy and natural to me.N ow I use only a computer to make music—my tracks are 100 percent computer!

What did you want this record to be, and do you think it came across?

To be honest, I’m already thinking about the next album. I feel like I have made a lot of progress since making this album. But I do hope that people listen to my songs and play them for their friends and so on!

Do you have any big dreams for the future?

I want to be the best DJ in the world, and to be recognized by people on the street—even by David Guetta! ♦