How to rediscover yourself after a breakup. 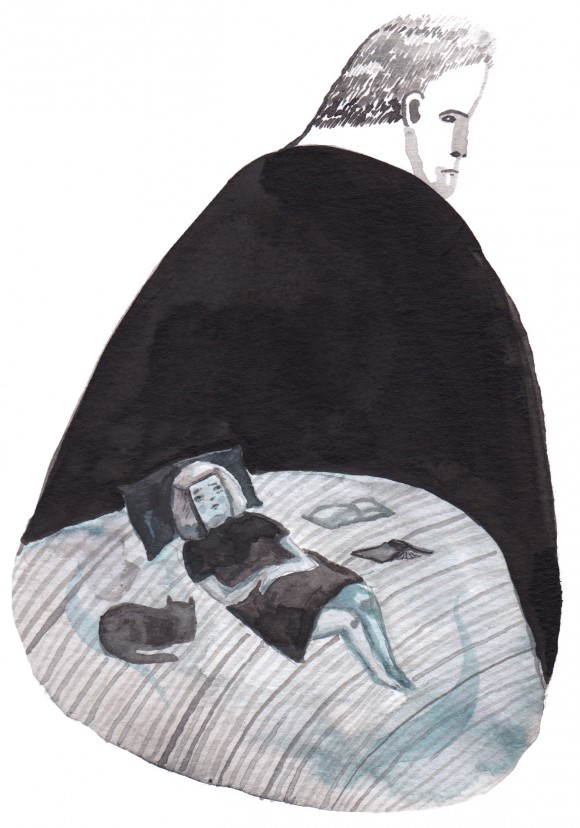 My first real romantic relationship lasted 11 months and 26 days. I was 15 years old, and I remember the exact length of time because it was the week before our one-year anniversary when my boyfriend—the center of my universe—decided that he just didn’t want to be my boyfriend anymore. This was impossible for me to fathom, considering that we’d spent 98 percent of the previous year somewhat obsessed with one another. We spent all of our time hanging out with each other and talking on the phone late at night, keeping our voices down so we wouldn’t get busted by our parents. We were best friends, and I’d found a safety in our rhythms. There was always someone to pick up my calls, hold hands with in the hallways, and wait by my locker after class. There was always someone who wanted to see me as much as I wanted to see him. And then, just like that, there wasn’t. But this is a thing that happens, in high school and beyond: Sometimes love doesn’t last.

I should have seen it coming: After a few months of being super happy together, we started to fight about dumb things, and eventually, we just grew apart (this was a natural part of growing up, which, it turns out, is quite common at 15). The stuff we had once bonded over—bands, jokes, our inability to feel like we fit in anywhere else—seemed to fall away. We had become different people.

I was devastated beyond devastated when we broke up. He asked me—reasonably enough, in retrospect—to give him space and let him live and figure stuff out, but I kept calling him, writing him (oh, the horrible poems), and asking “why” and “what if” and “how” and all of the other things a person with a broken heart asks after a major breakup.

I wasn’t prepared to deal with the reality that things don’t last forever. I felt adrift. I had no hand to hold, no automatic plans on Saturday nights. I was fortunate enough to have a small group of close friends, but that was different, you know what I mean? I loved my friends dearly, but I didn’t want to stroke their hair and gaze into their eyes for hours at a time. I thought, for the longest time, that I needed this boy in my life in order to be happy, because I’d spent exactly 11 months and 26 days committing to the idea that even if everything else went to shit, at least we still had each other. That’s the tricky part about love: When you’re in it, it’s impossible to imagine life without it. Then, when your heart gets broken, you spend a lot of time wondering how you could have kept it together. Rejection—especially from someone you were once super beyond close to—is so hard to deal with that you can begin scrutinizing yourself for what you did wrong: If only I’d done this, or said that, or been this, I thought, then we’d still be together. I thought that if I could just mold myself into the person I thought I should be—the “perfect” and “better” girl that my ex-boyfriend would somehow fall in love with again—everything would go back to the way it was. Then I constructed a front of fake happiness to try and make it seem like I was “fixed” (I was going through an undiagnosed and untreated bout of clinical depression at the time, which was a nightmare for both of us).

After many desperate attempts to recapture his attention and an embarrassingly long period of mourning—including so many terrible love letters (with SONNETS!)—it dawned on me that I wasn’t necessarily trying to win him back. I was trying to win back the person I was when I was with him, the girl who felt secure in the fact that someone loved her when it seemed impossible to love herself. I took an inventory of all the things I loved, stuff I had put away during those 11 months and 26 days: certain bands that he thought were dumb, clothes that didn’t seem “alternative” enough (this was the ’90s), being the one making the jokes instead of politely giggling at them. I had lost myself while being someone’s girlfriend, and I had to find myself again.

I searched everywhere for clues to who I used to be: in books, television shows, movies, albums, art, comics, and long drives with the windows open, and countless hours staring at nothing in particular. I found solace in writers like Dorothy Parker, who somehow made heartache funny. I started going by my nickname more often, until it was the only thing anyone called me. I started acting again, and singing again, and doing all the things I’d categorized as “uncool” because the person I loved made fun of other people who did them.

I did not—and I emphasize this, because it is important—try to find myself in another dude. I dated other dudes, yes. But I was careful not to let myself become dependent on someone else’s idea of who I should be. If people made me feel stupid about liking certain things or feeling certain ways, they had to go. It felt good to be around people who laughed at my dumb jokes or liked to geek out over spaceships or dinosaurs or whatever. But most of all, it was nice to be on my own.

It helps to view a broken heart as an opportunity: You are not the same person you were before your heart was broken, but you can be a better version of yourself, someone who has loved and learned and figured out what matters to her and what doesn’t. When I look back now, I’m mostly embarrassed about the letters; empathetic about my poor ex-boyfriend’s desire to be his own human being, grow up, and figure himself out; and sad that it took me so long to realize that a broken heart can be a gift—a way to reassess how you look at the world and how you function in it.

I’m not going to lie to you and say that it was easy to get over this dude. It took effort, patience, and lots of self-care. Mostly, it took hope: the hope that beyond all the darkness lies a happier future, where you can walk out of your house with your head held high, feeling not like someone’s “other half,” but like your own whole. That’s the real secret nobody tells you about having a broken heart: The person who puts it back together is you. ♦