What the pop star keeps close to her heart. 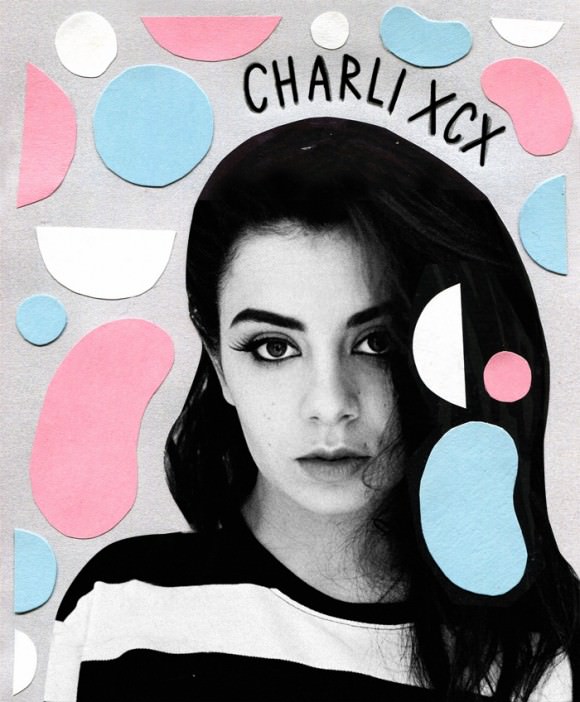 Collage by Emma D., using a photo by Dan Curwin.

We’ve been in l-u-v with the vocalist and songwriter Charli XCX since the moment we heard “I Love It,” the Icona Pop hit that she wrote and is featured on. That was two years ago, and when we factor in everything she’s done since—including her debut album, True Romance; this year’s “Fancy,” the Iggy Azalea track she composed and co-stars on; and her own “Boom Clap,” which appears in a little movie called The Fault in Our Stars—our crush-o-meter basically tops out.

She’s the kind of gal who doesn’t stop for much (she’ll be touring through the summer), so we were beyond excited when she took a few minutes to talk on the phone with us about a handful of the things she’s been obsessing over.

1. Hilary Duff. I didn’t grow up watching Lizzie McGuire on the Disney Channel, but I always knew who Hilary Duff was. When I was younger, I loved her movies, like A Cinderella Story. They blew my mind in a completely unironic way. Recently, when I heard that she was making a comeback record, I was super excited. I went for a meeting with her record label to talk about writing a song for her. I’d never done a meeting with a label about another artist, and I wanted to impress them. So I went in and said, “I see Hilary Duff all in silver, with stars and futuristic robots”—you know that kind of thing—and they were all like, “Okaaaaaay, cooool, welllllll…” I had written “Boom Clap” [and thought it might be a fit for her], and they were like, “No, this song isn’t for Hilary.” But it worked out because I ended up recording it myself.

2. Jayne Mansfield’s Pink Palace. I’ve never really been into interior design or anything like that, but Jayne Mansfield has become an interior design hero of mine because of her house from the ’60s, which was in L.A. and called the Pink Palace. It’s so cool—it’s like a candy dreamland with pink and gold everywhere. I just bought my first house, and it used to be a ballroom. I want to carpet all the walls like she did, and have a heart-shaped bathtub like hers. She had, like, champagne fountains! I don’t think I’ll have that, though.

3. Photography by David LaChapelle. When I went to art school, I fell in love with his portraits, and I’m still really obsessed with this one photograph he took of Marilyn Manson [in 1997]. Marilyn Manson is posed as a crossing guard in front of this big yellow school bus, and he’s holding a red stop sign, and there are all these kind of punk kids with huge crimped hair around him. It’s amazing.

4. Yé-Yé Girls of ’60s French Pop. The record I’ve been working on is really influenced by French yé-yé pop, so I’ve been dabbling in that world. I’ve always been super fascinated by artists like Françoise Hardy and Sylvie Vartan and Jane Birkin. I went to Paris and met with one of the yé-yé pop experts there and went to some yé-yé record stores, and then my manager bought me this book by Jean-Emmanuel Deluxe. It talks about how the yé-yé girls were presented as women, and how men wrote a lot of their songs, which were highly sexualized but also really childlike. I think that tension is strange, but also interesting.

5. Caramel by Connan Mockasin. I rarely listen to new music. I get maybe two new albums a month, if that. But I can’t stop listening to Connan Mockasin and his album Caramel. It’s amazing, and I think the videos are amazing, too—especially the song, “I’m the Man, That Will Find You.” I love the album cover—everything about it. It’s all just super sweet and smooth and dreamlike. It takes me to another place. Earlier this year when “Fancy” went to number one [on the Billboard Hot 100] in the U.S., I was in Brooklyn with a friend of mine, and we bought Caramel and made Champagne cocktails and just got drunk and listened to that record. It’s a good memory for me. My PR team is trying to organize an interview with him and me, which I think could probably be very strange for Connan because all I do is talk about Caramel. ♦