The sad parts of life are just as important as the happy ones. 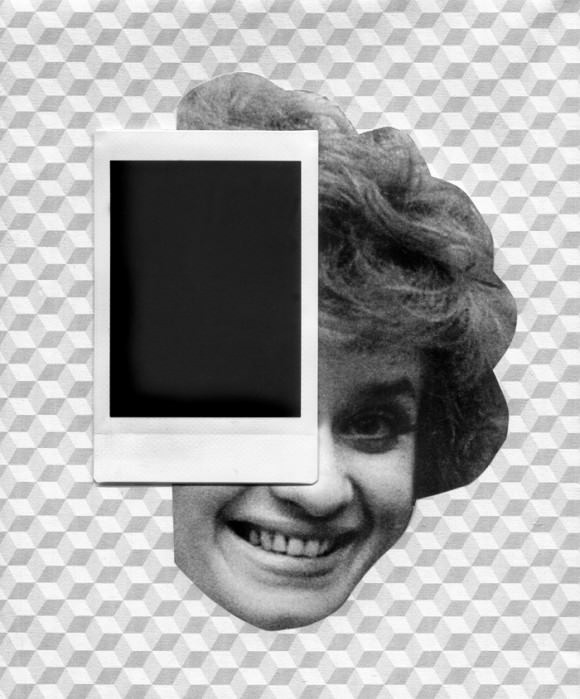 For my fifth birthday, my parents drove us down to Disney World in a borrowed car with a cracked windshield. The whole time, even when I was sucking cotton candy off my fingers, giving my stack of quarters to Mickey Mouse–hatted employees to try and win a stuffed Minnie (only to have my father buy one for me—“This way, it won’t cost me hundreds of dollars worth of quarters”), and hugging Donald Duck (my favorite because he sounded like a fun-ass baby with too much saliva in his mouth), and throughout so many joyous firsts—seeing palm trees, wearing a T-shirt in December, sticking popcorn in my nostrils and yelling, “Look! A new kind of eating!”—I had one disturbing thought that wouldn’t leave me alone: We are all going to die.

Not like right then and there (although this was a possibility—riding Space Mountain made me think I was going to drop straight down to the last rung of hell). I was concerned with the idea that I would have to die eventually, and so would everyone I loved. My father, who carried me on his shoulders whenever I got tired? He would have to die one day. My mother, who smelled so much like flowers that I would think of any excuse to make her bend down close to me (“Is there something on my face?” was a favorite ploy) because sometimes, as she did, her long black hair would fall over my face and I could pretend it was my own hair? She too was going to die. Whether it happened now, soon, or later didn’t matter. Once someone died, time was irrelevant, time was useless, time was over.

Other thoughts I had on the weekend of my fifth birthday in Disney World, Florida, included:

Thus began my lifelong tendency to see the bad, dark, scary, and sad parts of life just as vividly, at least, as the good ones.

I slept over my best friend’s house for the first time when I was 10 years old. Instead of being elated that my parents were finally allowing me to stay the night somewhere else, I was wracked with guilt. Why did I want to pull away from my parents? They’d say, “We wish you didn’t have to grow up. We wish we could stay like this, as a family, forever,” and it gave me tons of anxiety. My parents were so incredibly loving that I couldn’t have fun with my friends without stressing out about making them unhappy by leaving.

“Do you ever feel guilty doing things without your parents?” I asked my friend. “Like, when we go to the mall, and they drop us off and go home and wait for us to call them so they can pick us up—does that make you sad at all?”

“You think way too much,” she said. “I highly doubt our parents care what we’re doing. They’re probably excited to have some time away from us.” But the idea of taking joy in their loss was terrifying. I couldn’t sleep for wondering if they couldn’t sleep, and worrying that they might be worrying about me.

My mother’s motto was “Be happy. Don’t worry.” She said she woke up happy every single day. She trusted everyone and claimed that no one had ever lied to her in her entire life, and even though she knew that wasn’t possible, she still believed it. In pictures, her smile was always so huge and uncontained that it appeared to be bursting at the seams, like she couldn’t smile wide enough—like she could spend the rest of her life smiling, and it wouldn’t be enough to express how happy she was to be alive.

“Your mom is a happy-go-lucky type,” my dad said when I asked why she smiled like that in photos.

“I see that,” I said, even though I didn’t totally believe it. If she was so happy, why did she snap at me whenever I refused to pose in family photographs? “Smile with your teeth,” she would tell me whenever the camera came out.

“Just because you smile like that,” I said, “doesn’t mean everyone has to.”

“Yes, you have to smile like that,” she would say.

She also liked to say, “You will be happy if you strive to live a normal life.” When I started high school, it angered me how her version of happiness negated mine. Her happiness seemed to work only when other people did exactly what she did; it left little room for other ways of being. Why did she insist that what I really wanted wasn’t to be a writer, but to find a stable job as a dentist or a pharmacist, when I had never even once expressed an interest in cleaning teeth or learning about the chemical compounds in medicine? If she really valued my happiness, couldn’t she let me decide for myself what sort of life I wanted?

Like other self-proclaimed optimists I knew, my mom made it sound like happiness was a choice, and anyone who was unhappy was simply choosing to be miserable, even though it was clear as day to me that if anything, she was choosing to ignore the things that did not fit neatly into her idea of happiness, and that was its own form of tyranny.

My father, for his part, saw my stubborn refusal to submit to happiness as a waste of energy: It was self-defeating, self-pitying, and utterly boring. Whenever I bitched and moaned about the trials and tribulations of the life of a teenage girl, whether it was how I didn’t like or respect a single one of my classmates, or how some of my teachers were just as shallow, superficial, and popularity-obsessed as the kids were, or how unfair it wasthat the boys in my class shouted out the answers and talked over people like me, or how every other person my age was allowed to go to prom afterparties except me, his sympathies were limited.

“You love to feel bad,” he told me. “It’s your favorite feeling. Most people like to feel good, but not you. You love to make life hard for yourself.”

“No,” he said. “Go ahead. Keep feeling bad. Let me give you some more things to feel bad about. You can take some from me, since you love it so much.”