No scientific theory was too big for me to translate into a beauty routine. 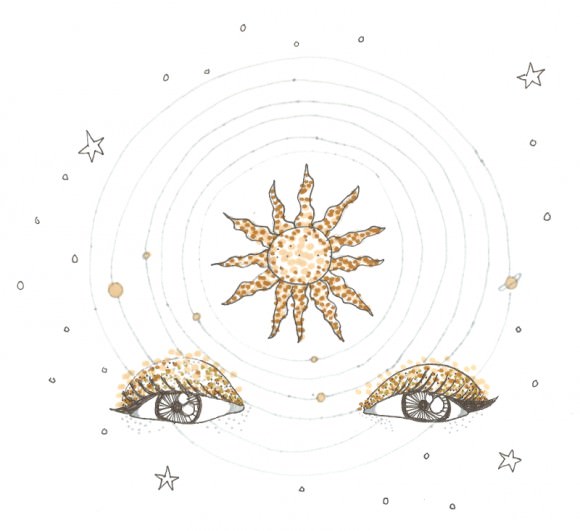 I spent five of my teenage summers earning college credit in an engineering program that my mom sent me to. The first time was fun, but as the summers progressed, the syllabus didn’t vary, so meaning I was going over the same old stuff year after year. After a while, I even memorized the tests. It was like taking the same summer school class, on a loop, for forever. Basically, it was hell.

Not only can I not remember any of those tests today, I’ve also forgotten most of the material I studied ad nauseam at engineering camp. Instead, I recall moments like being called upon to recite Newton’s three laws of motion and doing so in the flattest voice I could muster, getting into a screaming match with a teacher over my listening to music while I took a quiz on inertia (I aced it regardless), playing endless games of bullshit with a rather oily deck of cards, and running to the bathroom regularly to cry. I also remember sitting in class, where I was supposed to be thinking about stuff like gravity and inertia, and instead dreaming of the summer Shakespeare classes that I knew were happening across town. You can test gravity by dropping paper and rocks a thousand times, and the results won’t change, because the laws won’t bend for you. That kind of dependability is beautiful to some people, but it bored me to tears. I wanted to be creative.

I wish my teachers at engineering camp had told me that science is actually all about discovery and creation. I had to learn that on my own, the first day of my last summer there, when the faculty gave up on forcing me to work with the others and let me work on my own in the back of the lab. I got out a set of LEGOs and set about building a roller coaster. I spent hours picking out the gears, tracks, and other parts, and assembling a track for a toy car. On my first few attempts, the car wouldn’t go through the whole track, so I would have to destroy it and start over. It was frustrating, but I loved it. I was proving to myself that the laws of physics didn’t have to be boring facts learned through rote memorization—I could apply them to creative projects! In the end, my roller coaster was beautiful, interesting, and cool, and the time I spent making it was one of the only instances when I actually felt engaged with science at camp.

Once I got to college, I made every effort to avoid science, but there was one class I was required to take: Planet Earth. I barely ever went, and I ignored the coursework as much as possible, so it wasn’t a big surprise when I got my midterm grade: I had a 40 percent.

I felt like I was going to die. Worse, I wasn’t going to graduate—if I didn’t get an excellent grade on my final, I’d fail the class entirely. I spent most of my days interning at Teen Vogue, where I was surrounded by beauty products and living my dream of working at a magazine, and now I was ruining that dream by failing my midterm and probably having to stay at school another year to make up the class.

That week, I went to the library and stared at my science textbook for hours. This did nothing for me. Highlighting a paragraph, or even chanting it out loud, didn’t get the dry facts to stick in my brain. I felt as frustrated as I had in summer school. I was screwed. I gave up, went back home, and played around with makeup—my typical go-to activity when I’m totally sunk.

While I do my makeup, I listen to podcasts about history, politics, and—believe it or not—science, and it’s fun to try to incorporate whatever I’m learning about into my look. Like, one time I was listening to Startalk, and Neil deGrasse Tyson told me that stars don’t twinkle on their own—their light is steady, but by the time it gets to our eyeballs it’s been broken up by turbulence in Earth’s atmosphere. I sat in my darkened closet with a flashlight, a magnifying glass, and a pile of glitter from Make Up For Ever, thinking about how much glitter has in common with stars: Glitter particles just reflect light; they sparkle because of the movement of light around them. Eureka! There, in my closet, were science and art, together at last.

I piled lipstick and eye shadow palettes around me, pulled up Google Earth, and got to work replicating tectonic shifts on my face and body. How could I represent this phenomenon, which is so big and slow and ancient, on my own skin, and have it look beautiful? On my legs, I used eye liner to draw diagrams of the plates on the ocean floor. I came up with associations between makeup-setting spray and environmental phenomena like tidal movements. I translated scientific laws, facts, and data into something I could carry with me in my bag, and this new kind of studying wasn’t just fun for me—it ended up paying off. I not only passed my Earth-science final, but wound up getting a B in the course on the whole.

Best of all: I finally understood that science is deeply connected to creativity. In fact, it’s what makes creativity possible. And it all started with a set of makeup brushes. ♦