I’ve left more jobs than I can remember. 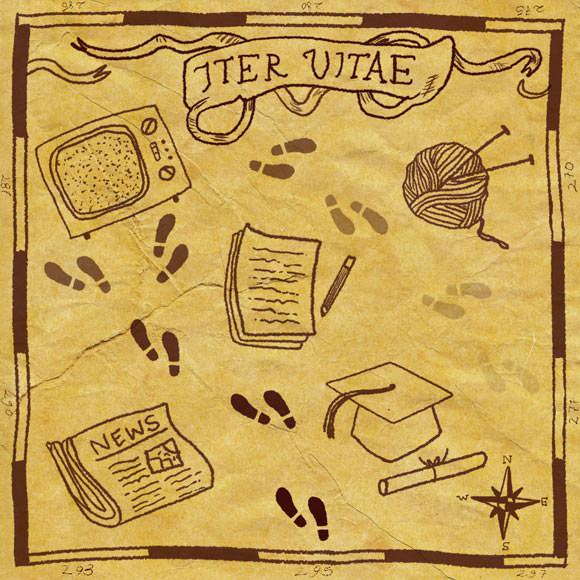 If you asked me how many jobs I’ve quit in my whole life, I couldn’t tell you. In the past 12 months, I’ve left two perfectly great full-time jobs. My résumé reads like I am on the run from the law. (I also left a PhD program, which wasn’t the first time I’d quit college—but that’s another story.) Quitting has almost always ended up being the right decision for me and for the career I want. So why has it felt like hell each time?

I was raised to believe that quitting was wrong—a mark of good character was sticking it out, whatever “it” was. In high school, I had a job at a bakery, which meant waking up at 5 AM on Saturday and Sunday to work the morning shift. While I loved having my own money and appreciated having a job, I started to really hate giving up my entire weekends for it. When I told my grandmother, whom I lived with, that I wanted to put in my notice, she basically forbade it. She said that I would be a quitter (THAT WAS THE POINT), and that it’s not good to get in the habit of leaving a job just because you don’t like it.

My grandma’s generation was big on the “just suck it up” way of life. I think there’s a lot to be said for follow-through, but I have never understood sticking with something you hate. I wasn’t telling her that I didn’t want any job—I just didn’t want that one. Over time, I discovered that writing is what I do want to do, but even when I’ve left gigs (including writing gigs!) to follow more promising opportunities, the fundamental idea that quitting itself is wrong has stuck with me, and I still have to power through it. My grandmother’s voice is always in my head, telling me to suck it up.

When I started writing, I had no idea how to make it a career, and I had SO MANY questions. How would I balance what I wanted to write with what I had to write to make ends meet? How would I make enough money to LIVE? The only answer I could come up with was to cram in all of my writing at night and work time-consuming day jobs, which was like having two full-time gigs. It’s draining and counterproductive to work that way. It didn’t leave me any time to turn out work I was proud of, which led to quitting, which started a cycle of guilt, which led to getting another job, which led to other draining, counterproductive work… It was a wheel of uncertainty that I kept spinning again and again.

Part of my problem was that I didn’t have a lot of role models. Very few well-known writers talk about the other jobs they had while they were building their careers. Cheryl Strayed is a great example of a writer who talks candidly about the business of being a writer, as does Jami Attenberg. Lots of people notice how our own Roxane Gay makes prolific writing look easy, even though it’s actually very difficult.

I didn’t have to mirror my life after someone else’s, but it would have helped to have a map sometimes. Mine was more like the Marauder’s Map from Harry Potter—everything was mostly invisible, and tiny clues about where to go next were revealed one by one. Without a fundamental belief that the decision to quit a job could be a good one for my career, I had to convince myself that I was making the right choice while simultaneously building the blueprint for how it would turn out. It felt dangerous, and like the exact opposite of everything I’d been taught about how to make a living and have a good life, which was to work for someone else until you die.

The last job I left was at a local newspaper. I finally had the full-time writing gig I’d been searching for, but I was really struggling as a reporter and not enjoying the writing I was doing there. When I realized that the freelance work I’d been taking on the side (writing about TV and issues of race, gender, and class in pop culture) was also adding up to the hours and pay of full-time work, it was hard to ignore that it also was exactly what I’d always wanted to do. I was scared to leave the paper—Health insurance! Stability!—but more afraid of never giving myself a chance to be my own boss. When I turned in my resignation letter, it was the first time I didn’t hear a voice saying it was because I was giving up.

I don’t regret quitting any of the jobs I’ve had in the past anymore, even when the reason I took them in the first place was because I thought (sometimes incorrectly) that they were the right opportunity for me as a writer. I firmly believe that you can learn from every experience, and sometimes you just need to have a paycheck. You can’t beat yourself up too much for not being able to have the exact life you want right now when lots of other circumstances might stand in the way of that—like the very real need to eat every day and to have a roof over your head.

You might be in that place, too—the survival place. Part of psyching myself up to quit the newspaper was reminding myself that I deserve to have the career and life I want, even if I don’t know how to get there and have to make up a lot of it as I go. If you’re getting a lot of well-meaning but misguided advice about what you should be doing with your life, it helps to remember that things are only as permanent as you allow them to be. When I told my grandma that I was quitting the paper to freelance full-time, she said, “I just want you to be happy.” And she meant it. Her advice over the years to just keep working for other people wasn’t essentially wrong—it was based in what she knew about how to get by without suffering.

I wasn’t in the position to jump into the life I wanted until recently, but it took me that long to figure out how to do it. Every job I’ve ever had has made me grateful for the independence and flexibility I enjoy now. And if I’m being Zen about it, I was never quitting anything at all—I was just slowly, sometimes painfully, getting closer to what I really want. ♦