Adia Victoria: Stuck in the South

Running Up That Hill 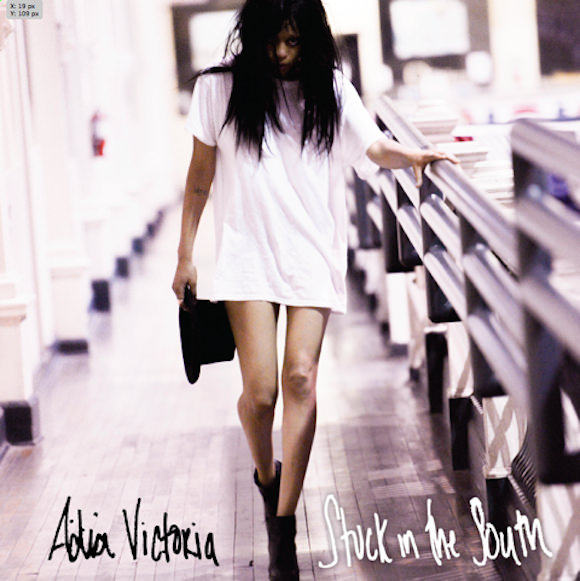 Listening to Adia Victoria’s haunting Southern Gothic tales is like being dropped right into a Tennessee Williams play, but one that’s been updated for right now. Adia grew up in South Carolina and currently lives in Nashville, and you can hear the soul-searching angst of the Southern experience every time she plucks a guitar string, but you don’t have to be from the South to connect with her music.

For the past year, Adia and three friends have been making music together and staking their claim on the Nashville country scene. The first time you hear one of their songs, you immediately want more, but by choice, the band has kept their internet footprint very small. We’re so pleased to premiere their deliciously swampy song “Stuck in the South” today, along with with a conversation with the songwriter about how she keeps herself from feeling like she’s stuck anywhere anymore.

ADIA VICTORIA: Oh yeah, for sure. I was raised as a Seventh Day Adventist. I don’t know if you’re familiar with that sect of Christianity.

It’s a very exclusive set of people. We lived by our own set of rules. I was raised in this church for the first 10 years of my life. I went to an Adventist school. Then, I was kind of ejected from that world when I was 10 and started public school, so I constantly felt like an outsider everywhere. I didn’t fit in with white kids, black kids, Mexicans. I was kind of like this freak, because I didn’t understand the world. This feeling of isolation followed me into my adulthood, where I was able to see the world through this weird vantage point of being a constant other. That definitely influenced my perception of the world, but as an artist I now have this outside viewpoint to see what’s happening around me—or the way that I perceive it’s happening.

What kept you motivated to keep going and pursue your dreams despite feeling like you didn’t belong?

When I was in ninth grade, I got into modern dance and ballet. I went to a school for the performing arts for half the day, and that introduced me to the idea that I have feelings that need to be expressed, and that those feelings have inherent value because they’re mine. I was able to channel idea into learning the art of dancing. Dance was really my lifeline as a teenager. I didn’t have a lot of friends—I had like three girl friends who were also dancers, and we were all kind of like the outsiders in South Carolina. We all knew “I don’t belong here, but while I’m here, I’m going to make the most of it.” So that led me to dance. When I was 21 and lived in Atlanta, I started teaching myself to play guitar. I had always been a writer and always loved writing poetry and short stories, and the guitar made sense to me when I started playing because I could write these little stories to keep me company. For years, no one ever heard any of these songs except for me and my cat, Mortimer. I would play them for him, and it was like my own secret world that I was so protective of. That helped me when I was feeling alienated—being friends with myself.

Do you still dance?

I stopped dancing after high school, because I had really bad shin splints, and because I knew [dance] was going to be a hard world for me to enter, especially since I started my training so late in life. I also understood the body requirements for dancers. It wasn’t necessarily a world I wanted to go into, constantly having to worry about my looks. I still dance to make myself happy. Every year, my family has parties in the summertime—we crank the music and we all dance. That’s as much dancing as I do these days, but I’m trying to reintroduce more of it into my life. I’ve been going back and looking at choreographers that I love like Nijinsky, Paul Taylor, and Martha Graham. That’s what I’m working on right now!

Your music has layers of Southern rock and old-school country, and there aren’t very many women of color in either of those genres. Did that hold you back at first?

When I was starting out, I was like, “Should I really do this?” because a lot of my songs are more country based. My best friend in Atlanta got me into Johnny Cash, Hank Williams, and Patsy Cline, and I love those artists. The next year, I moved to Nashville and would go down to the honky-tonks and go to Robert’s and see the Don Kelley Band play, and it just lit a fire in me to realize that this is what I love. I love, first and foremost, telling stories. That’s what all these country writers are doing, they’re telling stories. I kind of borrowed from that and kept Johnny Cash in mind—tell simple stories, don’t try and attach your wisdom to all these fancy words that you know, get to the point. I think, more than anything else, that’s how country music finds its way into my music. It is interesting being the only black girl going out to the honky-tonks. All these white people kind of look at you like “What are you doing here?” But they see that I’m enjoying it, and I think they kind of get a kick out of it!

What role did music play in your life when you were a kid?

I was so heavily Adventist that I didn’t really get to develop my own taste in secular music. I have two older brothers, so I basically listened to whatever was coming out of their rooms, which was a bunch of hip-hop. They loved Outkast, and they listened to stuff like Ruff Ryders and Talib Kweli. I had a very big taste for hip-hop. But my mom loved bands like Led Zeppelin, Cream, and the Beatles, as well as Al Jarreau, and that influenced me too. When I was 15, I started getting into my own music. I discovered Nirvana when I was a sophomore in high school, and that changed my life. I had never heard anyone talking about the kind of stuff that Kurt was talking about. I was like, Wow, this guy is really talking about some stuff! Through Nirvana, I got into Sonic Youth, Hole, Babes in Toyland, Bikini Kill, a bunch of the Riot Grrrl acts I would live vicariously through in South Carolina. Then I got into Fiona Apple and Lauryn Hill. When I was 12 and heard The Miseducation of Lauryn Hill, that was probably the first album I felt was truly written for me. She had a huge influence on my consciousness as a young black girl and as an artist. It was just the right place at the right time. I needed that album.

Outside of music, what inspires you?

I love rivers. I grew up in the foothills of the Blue Ridge Mountains in South Carolina, and the Pacolet River was a mile down the road from my grandmother’s house, where we lived off and on. Some of the best memories of my life were walking through the countryside, going down to the river, and just watching the water run. It was a kind of meditation for me before I even knew what meditation was. When I was 18, I went to Paris for the first time. I had saved up a bunch of money, and after George Bush got re-elected [in 2004] I was so bummed that I was like, “I need to get out of here!” So I saved up a bunch of money from working with my mom. I didn’t speak a word of French, but I went over there. I would just stand by the Seine and watch the water flow. Even being in this huge city, I would just focus on the water. That [habit] followed me to New York City, where I moved When I was 19. When I was having one of those days where I was feeling crushed by all the people there, I would walk across the Williamsburg Bridge with a forty and just watch the East River and realize that this is what’s real. All the people around you are temporary, but water is real. It’s moving. If it says in one place, it dies. That formed my life as a young woman and sustained me through my 20s. Keep moving. Don’t get comfortable. Don’t get settled down. Keep growing. Keep going.

What keeps you going now?

What keeps me going is the desire to know more, to be more, and to never be comfortable where I am. If you’re starting to feel comfortable as an artist, that’s a sign that you need to change your shit up. Nashville wasn’t a town that I came to in order to “make it.” I came here because I felt like I needed to get out of Atlanta. I was getting stagnant there. I came here to Nashville and enrolled in college for the first time at Nashville State Community College. I studied French and I challenged myself. That, to this day, is what keeps me going: challenging myself and finding the self-esteem to say, “You know what? I can make goals and I can reach them, and they’re going to take me places.” That’s what’s fueling me right now, as a woman. ♦