What Is a Boy?

Show this primer on sexism, respect, and so much more to the dudes in your life. 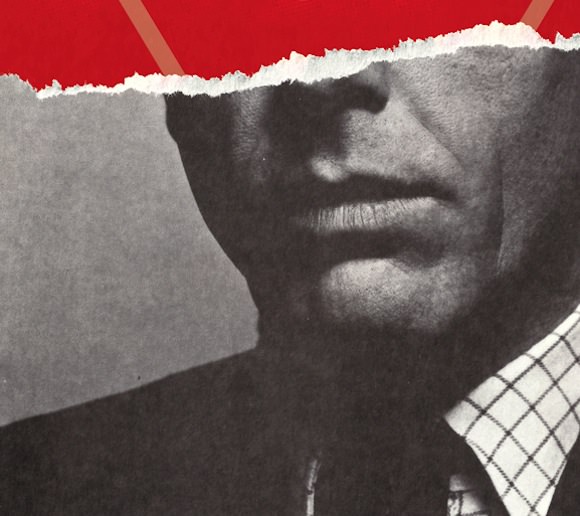 We are gathered today for a Rookie conversation of an uncommon sort: a no-scrubs airing-out of the ongoing struggle for boys/men to accord girls/women a baseline of respect, decency, awareness, and camaraderie from the guy’s-eye-view, addressed to teenage boys, with the hope of reminding us all that we can be here for one another as loving humans if we just put our most empathetic brainwaves together.

Now, that jumbled, try-hard, not-sure-where-to-start introduction reveals a classic symptom of what brought us here in the first place. We dudes tend to have a hellacious time confronting our role in sexism. We defensively backpedal, complain, and brush the whole subject off as something bigger than all of us—I, personally, am not the one refusing to pay women equally, after all!—when it’s actually all around us in not only obvious ways (like unequal pay), but in tougher-to-spot, more insidious ways, too.

Before we really get things started, let me assure you that this isn’t about assuming that teenage boys have done something wrong. It doesn’t do anybody any favors to generalize negatively when we’re trying to honestly and openly deal with the forces that keep boys/men and girls/women in unnecessary conflict. But it’s time for us guys to stop acting like we’ve got no personal responsibility here. It’s not fair or right or even true to say, Hey, this is how we were raised, and, well, our biology is beyond our control, since all this sexism stuff is a systemic problem anyway…and, like, we’ve got our own relationship problems to deal with, so, yeah, we’re with you in spirit. I hear all that (and have heard it for years), but real change can’t happen without individual guys deciding to make good choices.

The goal here is not to be a Noble Selfless Martyr (boring! impossible!), but just to recognize the mechanics of how sexism hurts girls and boys, which can be tough to do amid the chaos of classes, jobs, and extracurriculars. This is about waking up and meeting the day with the genuine head-up confidence that comes from valuing your fellow person, instead of spending your free time building a flimsy, smirking, badass self-image that you know is bullshit.

I used to put this song called “We Are Each Other” on mixtapes. It was about a couple who had shared so many secrets as friends and were so much alike already that to be lovers felt almost weirdly redundant:

What that song always said to me was that boys and girls and men and women are mucking around in the same swamp of wants and desires. We are more alike than we know, and we need one another more than we care to say. And when you stop mucking for a second to think about that, it’s actually a wonderful revelation!

Handshake agreement: Let’s ditch the boys-will-be-boys, testosterone-made-me-do-it, no-harm-no-foul excuses. Instead, let’s explore ways in which we can evolve from boys to men, but not according to some Don Draper version of manliness, e.g., knowing how to snap a left jab or efficiently change a flat or masterfully grill a steak or casually fire up a stogie, which, though all fine skills to have, are more suited to a picture of masculinity from a fictional 1959 than from the real 2014. This brand of manning-up will ask you guys to puff out your chests a little less.
I. I AM A CLICHÉ THAT LIVES NEXT DOOR

I’m not writing this because I’m some model image of a feminist man (which is impossible, anyway, since there’s no such thing as a “perfect” feminist of any gender). I’ve spent my entire post-adolescent life wrestling with a very basic question: Why am I still such a sexist jerkus, repeatedly committing the same inane, hurtful blunders? I should know better. I do know better! Why am I regularly looking at women and immediately calculating their attractiveness on some bullshit scale that isn’t even really mine? Why did I once, when leading a meeting of younger people who looked up to me for guidance, use the phrase “pussy out” to mean they shouldn’t “lack courage” in some situation or another? There were young women in the room, and, yes, I did glance at them to see if they were laughing or uncomfortable. Very funny.

So, why? Why is sexism so deeply ingrained in me—in us—that it sometimes feels like we were born with it? Well, that’s complicated (but we’ll get to it). Please know that I write from a place of humility, not judgment, and that, as an adult, I’m still having to critique and adjust my own wack behavior. In fact, I’ve got no respect for people who don’t embarrass themselves regularly—provided they learn from their screw-ups.
II. RAPE CULTURE 101

A quick crash course: “Rape culture” is not only about rape; it’s the mindset that says boys deserve to have sex with any girl of their choosing, whenever and however they desire, and any girl should submit to those desires, or there’s something wrong with her. Rape culture tells us that guys have a right to get mad when a girl doesn’t want to sleep with us, because, hey, we flattered you by asking; and if a guy pays attention to a girl, she’s required to at least smile appreciatively. Ummm, no.

Rape culture is why girls and women are told to ease up on the “revealing” clothing, to not accept drinks from strangers, to not walk anywhere alone at night, and, hey, maybe take some self-defense classes just in case. The thinking goes something like: If women just got their shit together, this stuff wouldn’t happen to them. This attitude leads people to make laws that blame victims and ignore the responsibility of the men who are raping, harassing, and objectifying women.

Let’s be real: The premise that straight boys have some dudely entitlement to whichever female bodies they want to have sex with is sad and gross, and it’s built on shaky, confining stereotypes that aren’t good—or even possible to embody in full—for anyone.

Many people believe that boys are genetically coded to fight and hustle each other for the most desirable girls in the village in order to spread their seed repeatedly. I’m no scientist, but I’ve read enough to know that this theory (which is given perhaps its most nuanced, convincing defense in Robert Wright’s book The Moral Animal) is in great dispute, to say the least. (Here’s a great piece by Tyler that talks about their experience with male hormones, and how that affected them.) Do you really want to believe that we’re all destined by natural selection to exist in a never-ending animalistic cycle of sexual manipulation and faithlessness? We can do better, guys.