If you love someone, let them know. 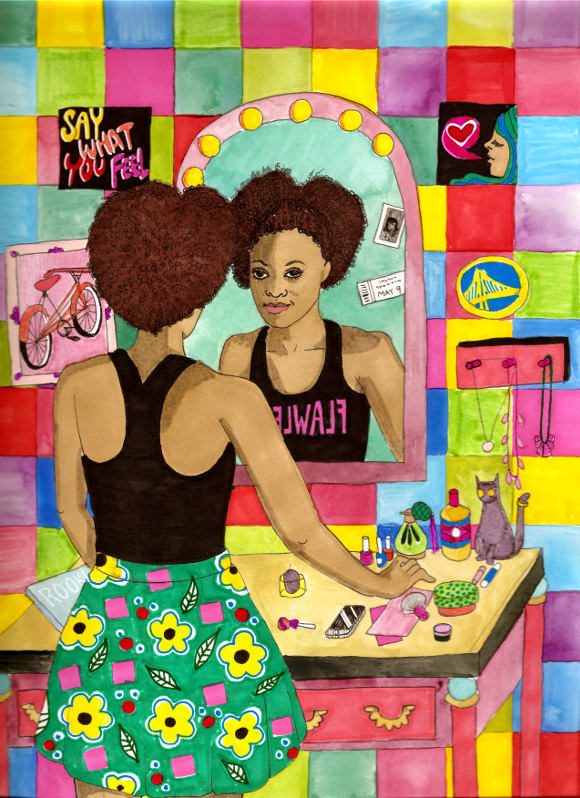 So, you’ve finally done it! You’ve decided to let love lift you up where you belong and have plans to tell the remarkable, fascinating, deeply cute person you’re smitten with exactly how you feel. It’s been two overwhelming years/months/days/minutes/seconds since your beloved took up seemingly permanent residence in your mind, your heart, and your soul, and they brought with them some noteworthy changes: Whereas, not long ago, you had no opinion whatsoever about adult contemporary music, suddenly you’ve discovered that every soft rock and smooth jazz ballad is an extraordinarily accurate description of your innermost longings and most passionate fantasies. Even songs that have nothing to do with love, romance, or the sweetest taboo remind you of your crush (just recently you heard the Law & Order theme and got a little titillated).

You think about this person all the time and imagine the beautifully mundane life the two of you might build together: The kisses you’ll share. The photo booth pictures you’ll take. The burritos you’ll eat. (Oh, the burritos you will eat!) Maybe you’re currently friends with this person, or you’ve recently started flirting with them. Perhaps the two of you have exchanged sexually charged high-fives. Or maybe you’ve simply been pining for them from afar. All you know is that you’d like to be closer. Much, much closer. And so here you are, about to take the first step toward transforming this fervid infatuation into something tangible (and hopefully just as fervid).

Although you’ve passed the stage of neurotically wondering (and asking everyone you know and don’t know) if you should tell them how you feel (and congratulations on getting through that torture!), it’s perfectly understandable that you might feel a little nervous—maybe even a touch nauseated—about what’s about to happen. Because to tell someone that you like-like them is to make yourself vulnerable to ridicule, rejection, embarrassment, the works. Better to not say anything at all, or to couch your sincere emotions in fake irony, right?

Honestly, I’m not an especially bold person. Sometimes I struggle to stand up for my beliefs or just to articulate my thoughts to other people in casual, friendly conversation. Oddly, though, I am rather daring when it comes to these sorts of declarations. It might be because I watched too many Richard Curtis movies at an impressionable age, but I’ve never had too big of a problem being a girl standing in front of a boy and asking him to love her.

Of course, because I live in the real world, my affections routinely went unreturned. I’ve experienced some truly mortifying rejections—like, back in high school, when I wrote a love letter to a guy and later stumbled upon him and a friend reading my letter…and laughing. I’ve also had plenty of unremarkable but still unequivocal rejections where a guy I liked told me he wanted to “just be friends” or that he wasn’t “ready for a relationship” or that he liked Jennifer Cooper and did not like me.

But do you think I let any of these experiences get me down? Of course I did. At least for a little while. Getting rejected always sucks, right? But there can be freedom in rejection! Freedom from obsessing over a person who doesn’t reciprocate your feelings.

Or maybe—and this is a big maybe—you won’t be rejected. And that’s the really wonderful part about all of this, isn’t it? Right now, as you prepare to make your big announcement, you just might be standing on a metaphorical railway platform, seconds away from boarding the express train to Makeout City (or Snuggle Junction—it’s up to you).

I refused to allow the countless rejections I amassed over the years keep me from wearing my heart on my sleeve. I once told a close friend that I had a crush on him by earnestly quoting the “to me, you are perfect” bit from Love Actually. This schmaltzy plagiarized confession actually led to a brief romantic relationship, and even though we didn’t end up getting married and acquiring babies and matching forehead tattoos, the experience was exhilarating—both because that dude was hella adorable and because, like Mulan, I had been true to my heart. I was being this unfiltered version of myself, and that by itself was exciting. I also learned that this guy was perfect as a friend or as the star of an erotic daydream, but not so perfect as a boyfriend. As the two of us eventually settled comfortably back into a friendship, I was happy that I could stop asking myself what it might be like to date him.

being vulnerable stop you from chasing something. A dream? An opportunity? Love? And maybe there will be another such moment in your future. But this moment, right now, is different. In this moment, right now, you will do the difficult thing. You will say your piece, and it will feel strange and uncomfortable, but that’s OK, because, regardless of the outcome, you will have been brave. You will have been true to your heart. And that’s something you can be proud of.

So, as you brush your teeth tonight, mentally compose a love poem, practice your “I want to go on a date with you” interpretive dance, or do whatever it is that you have to do to get ready for this special event. And remember: No matter how things go, your declaration of love will enable you to move forward. Because when you choose to tell a crush how you feel about them, you are also choosing to embrace and be fueled by uncertainty instead of letting it smother your wonderful romantic, idealistic spirit. Anything is possible, right?

So maybe you’ll get a date or maybe you won’t. Or maybe, just maybe, sea shanties will be sung about your bravery on this day. There’s only one way to find out. ♦