Plus the majesty of Lupita, new emoji ideas, and a BJÖRK ART EXHIBIT. 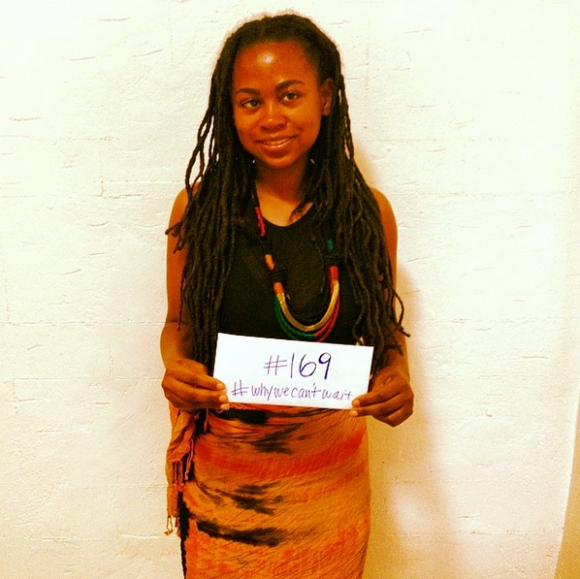 This week, I joined over a thousand women of color in signing an open letter urging President Obama to include women and girls of color in the White House’s My Brother’s Keeper initiative. The government campaign was created to address the “persistent opportunity gaps faced by boys and young men of color and ensure that all young people can reach their full potential.” While I am all for efforts to support young men of color, it’s troubling that the needs of girls and young women of color are being ignored.

Brittney Cooper’s courageous call to action in Salon articulates why women and girls of color deserve a more inclusive movement. Sadly, the controversy that has arisen in response to the open letter, and the corresponding #WhyWeCantWait campaign, don’t surprise me. Our struggle continues, and the cost of our silence is much too great. If we don’t stand up for ourselves, no one else will.
Chanel 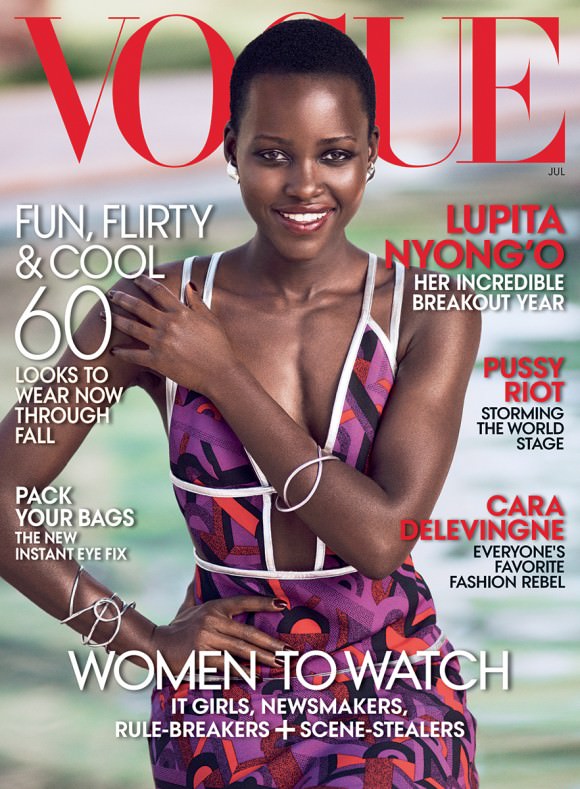 Photo by Mikael Jansson for Vogue.

This week, the Academy Award–winning actress Lupita Nyong’o landed the cover of Vogue‘s July issue, becoming only the ninth black cover model in the magazine’s history. I about cried when I first saw Lupita’s radiant smile—she looks absolutely stunning. While I know I’m not the only person who sees Lupita as a style icon, I’m just emotionally overwhelmed by the fact that a dark-skinned, natural-haired lady is taking over fashion/beauty so hugely. Three cheers for Lupita!
Gabby

I was thrilled to find this “Guide to Fanfiction for People Who Can’t Stop Getting It Wrong,” which totally debunks all sorts of myths about fanfic. All too often, girls who write fic are written off as “creepy,” or as not “real writers,” based on their personal depictions of mythical figures and boy band members. I’m 100 percent behind teen girls writing fanfic: Today’s Tina Belchers may be tomorrow’s Jane Austens! 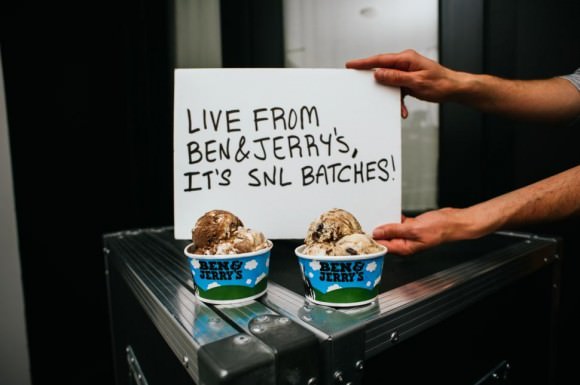 I am excited about these new Saturday Night Live–inspired Ben & Jerry’s flavors. They’re called Gilly’s Catastrophic Crunch, after one of Kristen Wiig’s best characters, and Lazy Sunday, in honor of a Lonely Island digital short of yore. CHOMP.
Laia

The Museum of Modern Art has announced that it’s doing a Björk retrospective next year. Simply titled “Björk,” it will chronicle her decades-long career and will be possibly the coolest, most important museum show OF OUR TIME. The fact that there’s going to be a WHOLE MUSEUM filled with Björk’s brain-tickings, plus a “fictitious narrative” that she’s writing with the Icelandic writer Sjón Sigurdsson just just for the show, means that this will be the place to go and get lost in, at LEAST once a week, when it debuts.
Estelle

Fantasy best friends (mine, that is) Ann Friedman and Aminatou Sow brainstormed some new emoji that we all desperately need. I’m inclined to agree: There are so many occasions on which I’ve needed to express my feelings with a unicorn!
Meagan

I’ve spent the past few days lost in the haze of What Is This Heart?, the new album by How to Dress Well. You can stream it for free on his site RIGHT NOW before the official release on June 24. The music is like a dream you don’t want to wake up from and whose every detail you want to remember in the morning. It’ll make you want to grab your nearest bae/bestie for a slow dance during a summertime sunset.

StyleLikeU profiled the inimitable Betsey Johnson for the lastest round of their closet interviews, and it is PRECIOUS! At the age of 71, the woman is a living legend, and her senses of style and self are profoundly developed. I especially loved listening to her talk about her grandkids—can you imagine if your grandma was Betsey Johnson and wore sequined harem pants? Betsey is a true inspiration who reminds us that getting older is just a part of life—not a reason to give up who you are.
Anna F.

Remember the TV spot criticizing the Washington Redskins’ racist name that I wrote about in last week’s links roundup? Well, this week brings about a heartening followup: The United States Patent and Trademark Office cancelled the trademark registration on the name Redskins on the grounds that the name is “disparaging to Native Americans,” which, dude, long time coming! While the team can still use the name, it, along with their logo and trademark, are no longer legally protected by the government. Hopefully, this is a step toward the team’s giving up using that slur altogether. 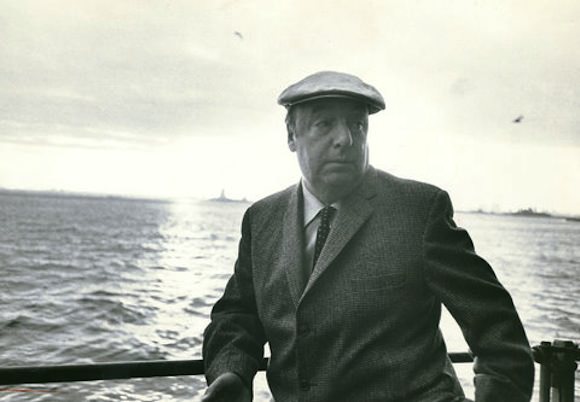 This article on the term Manic Pixie Dream Girl explores how it’s been transformed from a genuine, useful critique of flat female movie characters into a dismissive, reductive stereotype applied to real-live women. It’s a good companion to this piece by Gabby about the pains of being considered “quirky.” 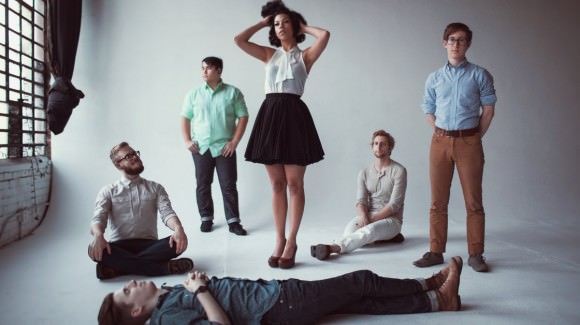 Photo by Jade Ehlers, via NPR.

PHOX’s eponymous first album is streaming on NPR. Slated for a June 24 release, it’s the perfect music to chill out to—the sonic equivalent of lying back in a lounge chair with cucumber slices on your eyes. My favorite track so far is “Slow Motion.”
Arabelle

This essay about “…Baby One More Time” is a punch in the heart. It opened me up to a whole new way of thinking about Britney Spears, and confirms to me that I could muse about her all day, every day, and never stop learning more about her music and myself. She is the princess of my Sad Girl Nation.
Caitlin D.

Jackson Galaxy and his troubling facial hair have earned my forever love with this episode of My Cat From Hell, which features Lux, a disturbed but still very lovable cat that Julianne wrote about in a Saturday Links post some weeks back.
Lucy

The documentary Out in the Night, which exposes the story of Renata Hill’s street harassment and imprisonment, debuted this week. Hill and her friends were imprisoned for 11 years for assault after they defended themselves from a stranger who physically attacked them after shouting gay and racial slurs.

This discussion on The Brian Lehrer Show takes a look at the racism and homophobia that prompted the sentence, as well as the horrifying ways the incident was reported at the time—some news reports described the attacker as “an admirer” (!) and the women as “a killer lesbian gang” (!!). The injustice of it all is infuriating, but I’m glad the case is finally getting the kind of attention it deserves. ♦