The writer part of me had taken over so completely that I lost sight of the human part of me. 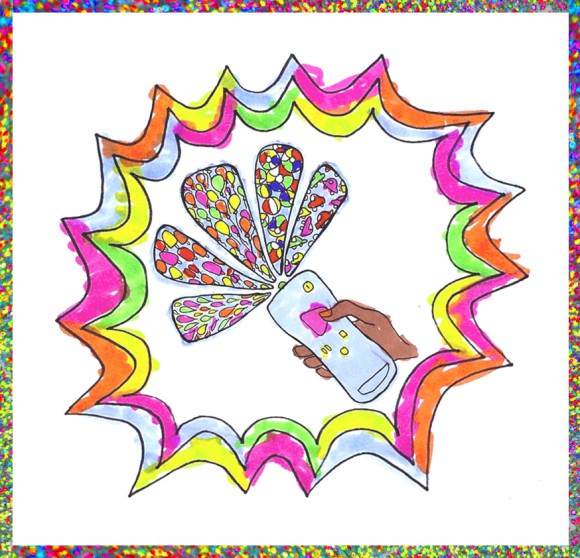 Last year, something happened to me that had never happened before. Something terrifying. For the first time in my life, I didn’t feel like writing.

I had finished a book in May. In the past, I would have jumped straight into another project, but by mid-August I still hadn’t written anything new. I would sit down at my computer, and…nothing. I tried going for a run or listening to music, which used to be pretty reliable ways to jump-start my brain and get some ideas going, but the most I ever came back with was a few notes, with a side order of panic—or something totally new and scary: apathy.

At first I attributed my writer’s block to garden-variety burnout (I had been working nonstop for some 14 years), frustration with my professional writing career (I had published two books, but couldn’t find a publisher for my next two), and life changes (I had just moved across the country from Chicago to Seattle, where I got my first full-time job in five years). This would pass as soon as I’d settled in. Right?

It wasn’t like I’d never experienced burnout before. Usually it lasted a couple weeks; once or twice it stuck around for a whole month. Sometimes I’d be stuck at a specific point in a novel that I couldn’t think my way past—until, inevitably, I could. In recent years, more often than not, the cause has been plain old exhaustion from taking on too many things at once: teaching jobs, freelance writing, and some unrealistic novel-writing schedule I set for myself. But it was always easily remedied by a few weeks of downtime. After playing a bunch of video games and watching a lot of Buffy, I felt recharged and ready to get back to work.

But as 2013 came to a close, I still had no desire to write. And suddenly a terrifying question popped into my brain: What if whatever it was that gave me the ability to write—inspiration, ideas, the muse, whatever you want to call it—was gone, and what if it never came back?

That muse-y thing first made itself known to me when I was a little kid. I’d entertain myself by telling myself bedtime stories as I fell asleep. Eventually, I started writing them down. In junior high, I read Sylvia Plath and saw words in a new way: as a great place to purge the pain that resulted from being bullied, fighting with friends, and good ol’ low self-esteem. During my last two years of high school, I wrote several short stories, filled three or four notebooks with poetry, journaled daily, and put out a zine every couple of months—all on top of maintaining straight A’s. And in college, my brain was constantly buzzing, my pen pretty much constantly moving across a page. I saw story possibilities everywhere—on the train, in the smoky diner around the corner from school. I’d never felt so full of ideas, and I was eager to live them out in my stories. I finished a draft of a novel my first semester. By grad school, I was working on my second one.

After grad school, I got a full-time job as an administrative assistant at a university. I would write for a few hours every night when I got home. That wasn’t enough writing time, though, so I quit that job and cobbled together a living from bartending, teaching night school, and some freelance writing gigs. I skipped family parties and planned meager time with friends around my all-important writing schedule. There were weeks where, aside from the five-minute drive to and from my bar job, I didn’t even see the outside world. I’m not telling you this so you’ll feel sorry for me or impressed by my dedication. I did all of this because writing is what I love. Being a writer makes me feel alive. It feels like the thing I was put on this planet to do.

So you—especially the artists among you—can imagine my total fucking panic when I found, for the first time in my life, that my inspiration seemed to have finally run out. It happened at a point when a bunch of Rookie staffers were sharing our Uberlists for 2014, and I had a little freakout in our Facebook group and announced that I was removing all my writing goals from my list because I didn’t think I would accomplish any of them. But then what would that meeeean about me? If I wasn’t writing, and I didn’t have any real plans to write, then I couldn’t very well call myself a writer, could I? And being a writer was MY ENTIRE IDENTITY.

Lucky for me, just as my thoughts were spiraling toward a vortex of existential horror, Amy Rose stepped in to reassure me. I can’t quote her verbatim, because I was so ashamed of this moment of weakness that I’ve since deleted the entire Facebook thread, but she told me that being a writer was not actually my entire identity, and that focusing on other parts of me wouldn’t make me any less of a writer. She’s right, I thought. There are other things that I use to enjoy doing—like reading and cooking and knitting—and maybe doing some of that stuff again will help me find my way back to writing.

So I shuffled my list of goals, moving the writing-related ones down toward the bottom of the list, and elevating the ones that didn’t require, and were likely to provide, inspiration. That act alone started to quell my panic. I spent a couple of weeks reading novels and going through the stack of magazines that had been sitting near my desk forever. I made elaborate Sunday dinners at home and set up coffee dates with my writer friends. I re-established a routine for myself that included writing time as well as tackling some tasks that were not creative at all, but easy to tick off like create a budget spreadsheet. Boring, I know, but I felt like I was accomplishing things.

It worked: Refocusing on anything but writing gave me a surge of hopeful new energy, and I finished a proposal for a book of essays in the first two months of the year.

I rode the high of having completed that proposal for a couple of months. I imagined it would carry me over to my next thing, but it dropped me off well short of that. When the high wore off, I didn’t even have an idea for a next thing. I tried everything that had worked at the beginning of the year: I read, I cooked, I continued to check Very Important Things like “go to the Washington Coast” and “finish rewatching Twin Peaks” off my to-do list. I must have built up a tolerance to that stuff, though, because it wasn’t working for me anymore. I started to feel like my issues were deeper than anything a weekend Netflix marathon could fix.

While I was trying to figure out what was going on, I thought about an essay I’d recently written for Rookie, about my habit of returning to the same themes and subjects from my past in my writing, often in an effort to work out something important about them, but sometimes because I was just stuck treading the same water I’d tapped 13 years earlier. No wonder I wasn’t moving forward to the next idea.