A pep talk for shredding at your next social gathering.

An Illustrated Anthology of Sexual Debuts 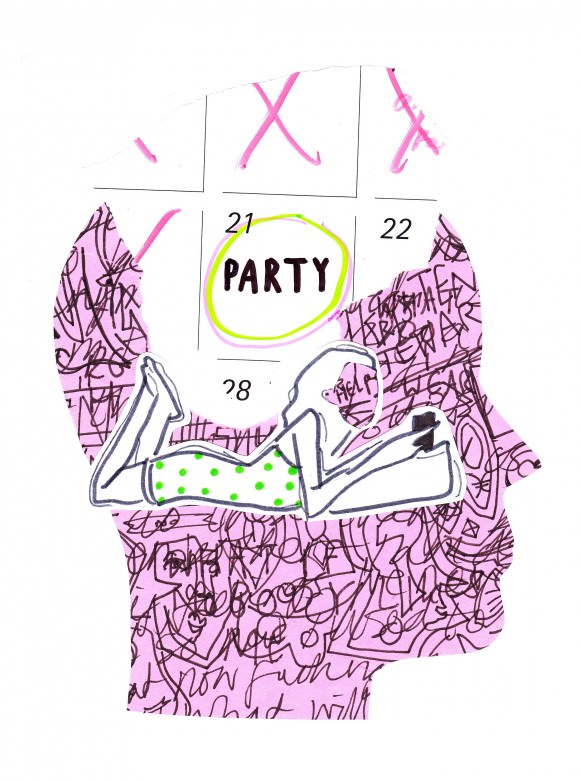 Much like all the other top-tier things in life—impromptu wrestling matches, vicious romantic infatuations, hand-labeled packages of beef jerky at gas stations—the hour leading up to a party derives its fantastic power from its ability to intimidate. Getting ready to go out of an evening fills me with magnificently expectant fun-anxiety! Like, Something is about to HAPPEN to me! Will I meet a rad new compatriot, or make a hilarious mistake, or hook up with some foxy person I have nothing in common with? ALL AT ONCE, MAYBE? How thrilling, for real! And, also, how totally fucking scary, for realer.

When I was a #coolteen, my day-to-day life was pretty dull, so I used to get knock-kneed about what I saw as the potentially transformative power of social functions, no matter how inconsequential they may be on their face. My nerves unraveled with every invitation I received—to such illustrious occasions as “I don’t know, I guess a bunch of us are going to make a fire in that one shopping cart in the woods, if you want to come,” or “Diana’s dad is on a business trip, so we’re all going to play pong in her garage, if you’re around.” (I did not grow up in a particularly remarkable place, young champions.)

What I am trying to say is that I was way too invested: Every party was a potential life-changer. If there were going to be tons of people gathered in a place designated specifically for teenage merrymaking (whoa, I am very cool at talking, this is how you can tell I was a bona-fide Rager Hero Wild Guy in my heyday), my list of pre-party insecurities would be proportionate to the size of the guest list. (Any grouping of more than five people = I SHOULD JUST GIVE MYSELF A WHOLE NEW HAIRCUT REAL QUICK BEFORE I GO!). Those insecurities included, but were not limited to:

• Does my makeup look sexy, or like a very big problem happened on my face? (Related: Was tonight really the best occasion to try wearing eyeliner for the first time?)
• What if my friends all ditch me?
• Is the stain on my skirt detectably ketchup, or can I pretend I got carried away while casually painting in the style of the French Impressionists, as I so often do?
• Is [insert name of halfway-passable guy from health class] going to be there?
• Will he like my eyeliner?
• No one is going to want to talk to me. (I was so sure of this one that it wasn’t even a question.)

In the years since then, I’ve kind of figured out how to get rid of my staggering levels of party-related insecurity while keeping all my YEAH, LET’S SLAY, I LOVE DISCO, I LOVE “KEG”—type enthusiasm fully intact. It might come as a surprise, but the proper party mindset doesn’t (usually) actually involve lying about visual art. Truly, most of these tactics boil down to pretending to be Debbie Harry in the late ’70s, in terms of both my style direction and my attitudinal modes of being, because look at this comet: 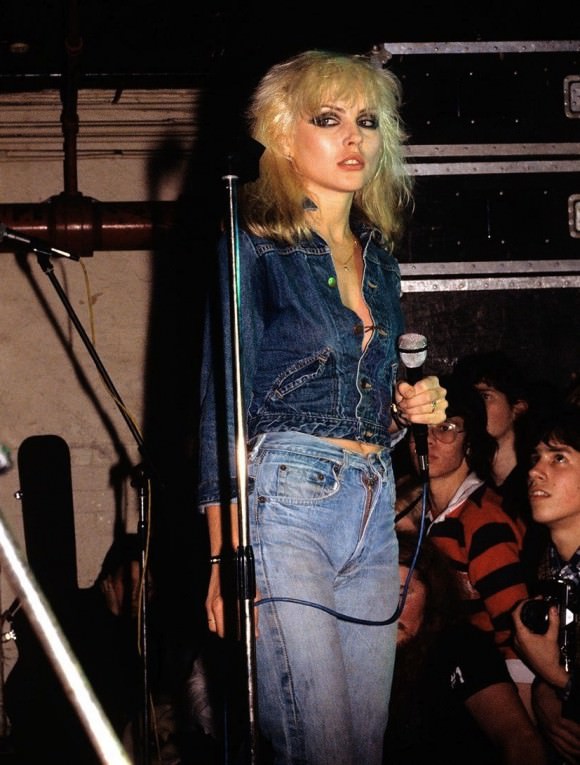 But even if you don’t like Blondie…get out of here RIGHT THIS INSTANT, SERIOUSLY, SCRAM! Nah, I kid (although you might want to reconsider). I mean, even if you don’t, you might still find find some of this useful, I hope! Let’s go to the hop! (Again, I am extremely “party” in all the very sickest true-nasty ways.)

When I was getting ready to go out, the first and most pervasive insecurity was always “Yergh, this stupid visage of mine—what is wrong with literally every sub-region of my zones?” I understood that I wasn’t a physically revolting person (in part because no one is), but going out to a possibly paradigm-shifting event made me feel like an unacceptable slime-dumpster in a bad dress (whereas I normally just felt pleasantly half-mutant). I badly wanted to advertise my “personality” (despite the fact that *tinkly ABC Family channel laugh* I still don’t know what that is!! *audience claps supportively and knowingly*) AND look sexy, in case there was somebody there who might, upon seeing me, want to get to know me and/or french me based on how I had arranged my skin, hair, and clothing.

There was nothing wrong with this attitude! The problem wasn’t that my personality was mutable, it’s that I let insecurity dictate my confidence. I knew how I wanted to look, but as a wee person I was sometimes a little skittish about dressing how I liked, lest my friends and family make sneery fun of me. Instead, I made an effort to conform, wrestling myself into clothing I thought was corny and wearing makeup I didn’t like, which is a really great way to NOT feel like you’re beaming your true self out to potentially like-minded others in the world.

Here’s the thing, though: Everyone thinks their body is, in some way, kind of dumb. Everyone is so stressed out about it! So if this is going to be the case anyway, why not wear whatever you want? When I figured out that I was into wearing aprons and cut-up Garfield shirts and penny loafers, I should have worn those things immediately! Like, imagine if I saw a girl wearing that at a party in high school? I’d flip my fucking wig from pure excitement, and probably spill various drinks and snacks all over anyone blocking the path from me to her as I pachyderm-charged toward her with my hand held out like HI, CREW. Be your own version of that girl! A lot of you are waiting for the day when you’re out of high school so you can look/do however/whatever you want, so you might as well speed up this whole process and make yourself happy now, instead of putting on some hateful jeans or whatever and wondering why you don’t feel confident. (And if you need extra reassurance, just give a little snarl like our friend Deborah, above, even if you’re doing it inwardly.)

Whatever you’ve got on, though, you look at least 67 percent better than you think you do, even if you secretly are like, This hairstyle is a private nightmare hell that I was conned into thinking was a good idea. And you’ll look another 67 percent better on top of that if you don’t work yourself up too much about it and just leave the house in whatever makes you feel most like yourself. *warm, encouraging smile* Whoever that is!! *audience passes out en masse from the emotional impact of my sheer wisdom and power*