She showed me that I had a place in the world.

What Is a Boy? 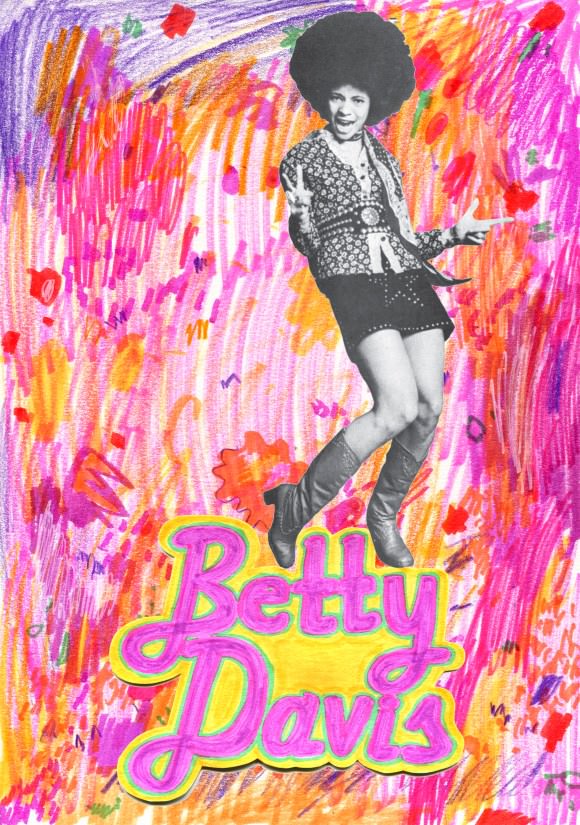 When I was little, one of my secret dreams was to be a famous musician. I fantasized about strutting around onstage with a guitar in my hand and a raspy scream ready to rip. When I got a little older, started going to shows, and was able to put faces to the names, voices, and guitar solos of my favorite bands, I started to notice how few people—in the bands and in the audience—looked like me. I was usually one of only a handful of people of color at any given rock show, which made me question whether the music I loved wasn’t really meant for me.

So, I’ll write about music instead of making it, I thought. I had grown up reading books by men like Chuck Klosterman and Lester Bangs, and Rob Sheffield, and while I loved them, I always wished there were more women—especially women of color—in the music-writing game. But with writing, I wouldn’t have to literally stand around in ONE ROOM with all these white guys, feeling simultaneously invisible and way too conspicuous—no one would even know my race unless I decided to share it. Hell, I could even write under a male pseudonym if I wanted to.

I started studying bylines in my favorite music magazines and trying to learn as much as possible about the people behind them. They were mostly dudes, and mostly white, alas. Every once in a while I’d come across a Jessica Hopper or a Maura Johnston, and would give a little internal cheer. When I was a college sophomore, I stumbled upon a storytelling event featuring music writers discussing heavy metal. One was Laina Dawes, and the title of her then-forthcoming book, What Are You Doing Here? A Black Woman’s Life and Liberation in Heavy Metal, struck me immediately. Not yet 21, I couldn’t attend the event, but I bought the book as soon as it came out. In it, I suddenly found the voice I’d been wanting to read in music journalism for so long. Dawes also taught me about a bunch of groundbreaking, revolutionary black women in rock music, including the one and only Betty Davis.

The Betty Davis I’m talking about is not to be confused with the actress with a similar name, Bette Davis. Though the two were equally feisty in their fields, my Betty Davis, a funk singer from North Carolina, has been largely forgotten, partially by choice. While the section about her in Dawes’s book was only a few pages, I was so intrigued by the idea of this rock singer who demanded control over and autonomy within her music at a time when that was more or less unheard of among women or black people, much less someone who was both, that I rushed out to find Davis’s self-titled 1973 debut album.

When I heard the slow-but-crackling riffs on the opener, “If I’m in Luck, I Might Get Picked Up,” I was entranced. Davis’s music sounds just like the classic hard rock and heavy metal I grew up on, but made by someone who looks like me! She had guitar licks reminiscent of Eric Clapton and Cream, the sexiness of a Mick Jagger, and the smooth rhythm of the Jimi Hendrix Experience.

In her book, Dawes quotes Vivien Goldman, a musician and NYU professor (whose course on David Bowie I ended up taking two years later), that perfectly describes what and how Davis sang. Goldman says, “[Betty] just sang vibrantly about what many a female feels on a Friday night, and did, exuberantly, what came naturally, her lust for life unrestrained by the girdle of anyone’s expectations.” At that time, I felt like I was coming into my own in college, getting comfortable with being out in public with friends, going to real parties, and letting go of the fears I had of what other people might think of me. When I read Goldman’s words, I knew I wanted to emulate Davis in my own life. I wanted to feel just as free as she sang.

Davis released four albums, but none was really successful. Though she had a profound musical influence on her ex-husband, the jazz superstar Miles Davis, she may have been too controversial for audiences when her own face and body were at center stage. While, during that period, it was cool for rock music to exploit black women (as in the Rolling Stones song “Brown Sugar,” the lyrics of which you can read here), it wasn’t as cool for black women to express their own sexuality on their own terms. This narrative of prejudice goes way back, the best and most common example being of Sarah Baartman (also known as “Hottentot Venus”), an African woman sold into slavery and paraded around at freak shows in Europe because parts of her body were larger than parts of a “typical” European woman’s body, therefore making her seem not only exotic, but barbaric.

Religious groups condemned Betty Davis’s shows for her “savage” behavior of dressing and acting provocatively; they said her lyrics were too sexual for radio stations. Dawes muses on how Davis was affected by these politics of black female respectability:

Perhaps Davis was too outspoken, perpetrating an image that many black people, especially women in the audience, didn’t appreciate. At that time, black female rock singers were caught between a rock and a hard place. They had to project an attractive and fashionable image that was contemporary but not too risqué for black audiences, yet also appealing enough to gain and maintain the attention of white audiences.

As the author sees it, Davis was unwilling to find that middle ground, and it’s evident by her music that Davis didn’t care to be boxed in by anyone’s rules. Her refusal to conform to stereotypes and expectations makes Davis such a cool figure to learn about and look up to. As she purrs her liberating lyrics, like on “Dedicated to the Press,” where she addresses her critics by singing, “Extra, extra, do you understand me? If you don’t, don’t you reprimand me,” it’s like she’s burning the book of unspoken rules for black women.

Of course, this was the 1970s. Since then, we’ve been lucky to have women in music like Janet Jackson, Salt-N-Pepa, Beyoncé, Rihanna, and Janelle Monáe, who have approached the performance of black female sexuality on their own terms. I’m not saying they’re never criticized for that—they are, to an upsetting and heartbreaking degree. But at least they, unlike Btty, have found huge success based on their talents, reached widely diverse audiences, and increased the visibility of young women of color, and it’s pretty cool to think about all the new moments of identification they’ve created for women who might not recognize themselves in the media otherwise.

Davis was not as lucky during her prime, but I see her liberated, expressive influence all over the women of color in music who have followed her. Many of these artists continue to honor her today. Davis didn’t care what people wanted from her and did as she pleased, musically and otherwise, for an all-too-brief time (she’s still alive, but chose to live as a private person decades ago), which, to me, gives her total Hero Status.

Learning about Davis was a gift in many ways. Because of her, I can not only feel like a part of this particular timeline in musical history, but also write pieces this, which will hopefully enact a little retroactive visibility for her short, but fierce, career. She—and by rescuing Davis and other black female musicians from eternal obscurity—Dawes expanded my image of who has the right to make (and write about) music. Representation—seeing people who look like you succeed—is so crucial in any career. It can mean the world to a kid with big dreams to know that no matter what she looks like, where she comes from, or how she approaches what she does, she can fit in all different kinds of spaces—which is why Betty Davis is not just one in a million, she’s the one who created a million. ♦