An open letter to a random stranger. 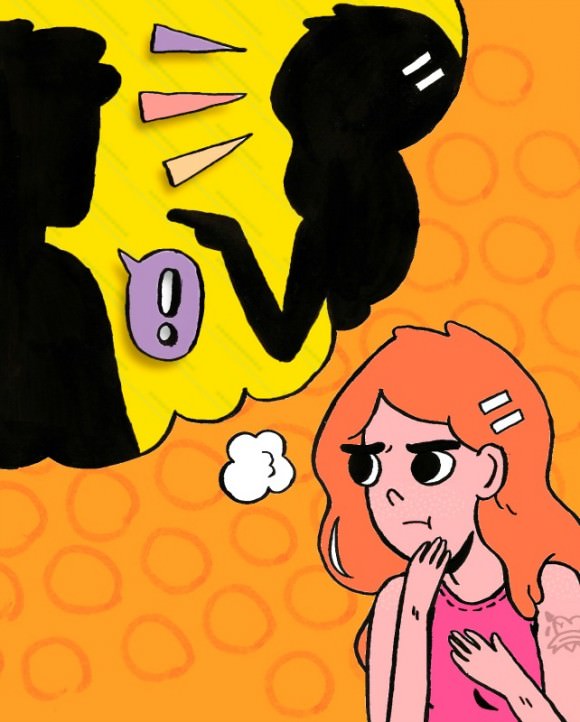 When I saw you at the Hawaiian barbecue restaurant, it wasn’t immediately obvious that you were evil. You weren’t twirling a handlebar mustache while stroking a goatee, nor were you kicking a kitten or rubbing your hands together while going MWAHAHA. By all appearances, you were an utterly typical suburban man in his late 40s or early 50s.

I was standing at the front counter, about to place my order. You were at a table with your family, enjoying your food. It was late, almost closing time, and you had apparently made a separate order for some food to take home, because right before I ordered my Spam musubi, the teenage cashier called you to the counter to pick up your to-go food. He put your containers in a plastic bag, then placed the bag on a dine-in tray, and, smiling, pushed the tray over to you.

Now, the cashier obviously didn’t need to put a to-go order on a tray, but I imagine he’d been placing food on trays all day, and at that point in the evening, he was probably tired and operating on autopilot. Most people probably would have just grabbed their bag of food off the tray (give or take a polite “thank you”) and gone gentle into that good night. You, instead, decided to be a condescending weirdo and harsh the peaceful vibe of the only restaurant in town with quality surf art on the walls by snatching up the plastic bag and saying, “I don’t need the tray, you idiot.”

You idiot. You idiot?

I don’t get it, man. Are you like some kind of aspiring fast food despot? Was this outrageous overreaction to a mistake that wasn’t even really a mistake the first stage in your reign of terror? Step one: Belittle a well-meaning minimum-wage employee at small-town Hawaiian BBQ joint. Step two: Deliver “customer’s always right” speech at a Taco Bell. Step three: Proclaim yourself THE Burger King.

When you aren’t trying to secure a place on a BuzzFeed listicle entitled “50 Greatest Hawaiian BBQ Villains,” I imagine that the rest of your free time is spent giving every adorable cat video you see a thumbs-down, gleefully spoiling episodes of Game of Thrones, and playing Quidditch for Slytherin.

Dude, you’re horrible. Not just because of this incident, but because I suspect it wasn’t isolated, and that you routinely insult people in this manner. What’s worse, you probably believe you were in the right. And while it may not have been a big deal to you, it was a big deal to me.

Maybe you think I’m overreacting, and that’s fine, but hearing you call this kid—he was just a kid!—an idiot was disturbing. You’re a jerk, that’s clear, and I’ve certainly encountered jerks before. But what really upset me about your behavior was its classist undertones. I’ve worked in the service industry, and I know all about the entitlement that overtakes many a customer when facing someone they sense is even half a notch “below” them on the class ladder. There is a surprisingly large subset of the human race who believe it’s perfectly acceptable to verbally abuse cashiers, waiters, salespeople, bartenders, hairstylists, receptionists, car mechanics, housekeepers, etc. Does it possibly complicate things even more that the cashier at the Hawaiian BBQ was young and Asian, and you are neither? Yes, but I don’t want to assign to you any incendiary belief systems that you may or may not subscribe to, so let’s just go with what’s safe to assume: Anyone who knee-jerkily calls another person an idiot because of a non-mistake that has not inconvenienced anyone in any way is lugging around some miserable mental baggage.

But you know what’s actually worst of all? The fact that, despite all of these feelings, I didn’t say anything to you at the time. I was the only other customer in the joint besides you and your family, and I was outraged at your treatment of that poor guy, and yet I just stood there behind you in line, seething in silence. And then I went ahead and ordered my Spam musubi. As he took my order, the cashier flashed me an uneasy smile that I read as an expression of embarrassment.

Let me tell you a little story. When I was in the second grade, I was punched in the eye by a boy twice my size because I had defended a friend he had been teasing. I’m not sure if I’d do the same today: Age and the knowledge of how much smoother my life will run if I avoid confronting loudmouths, bullies, and Hawaiian-barbecue goons like yourself have dulled the courage that came to me so naturally when I was younger. I could have confronted you—though, knowing how you tend to lash out at people for little to no reason at a moment’s notice, that might have been dangerous. But I did have another option: I could have simply said to the cashier when it was my turn to order, “I’m sorry that that guy was such a jerk.” Not availing myself of this opportunity to show a little simple solidarity with a fellow human is what I’m most ashamed of.

Don’t let this go to your head or anything, but in a very, very small way I admire you. I admire your ability to speak up when something bothers you. All I’ve done is write a letter to a person who will never actually read it.