Sex involves a lot of “yes” and “no” questions. 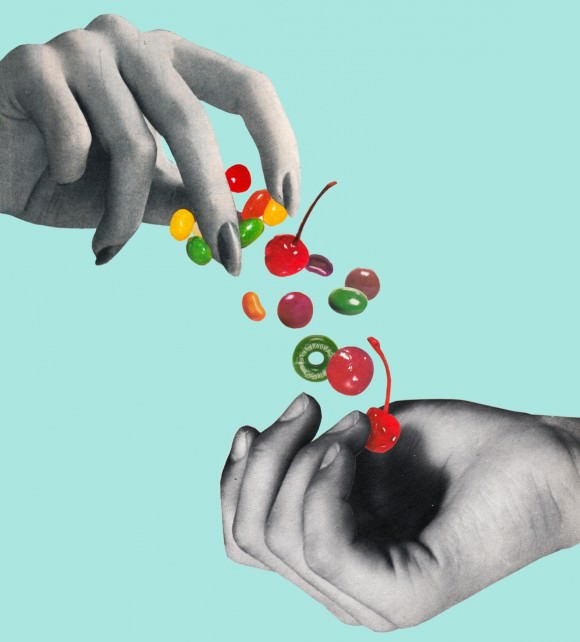 Sexual consent is a verbal go-ahead that tells someone, “What we’re doing with our bodies is OK with me.” It should be given before not only sex involving penetration, but so many other kinds of sensual scenarios, too. It’s an important part of getting down with anybody, of any gender or sexual persuasion, every single time. In fact, it’s probably the most important part: If you’re in a physical situation where another person ignores you when you tell them not to touch you how they’re touching you, what you’re experiencing isn’t sex (a catchall term I’m using here for hookups of all stripes), but sexual assault. There are a plethora of ways to give and receive consent—and to refuse it. We’ll explore as many of them as we can here today. Is that OK with you? (Look! We’ve already begun! I wish it were always this easy.)

While it may seem obvious that consent applies to far more than “Can I sexually freaq your bod, or…?” too many of us have been with people who don’t understand that getting a clear go-ahead is as necessary for relatively low-impact activities, like kissing, as it is for sexual bod-freaqing. In moments spent with those people, the inside of my adolescent brain mostly sounded like, Wait, what the literal heck, I thought this person LIKED ME, so WHY IS HE TRYING TO HARASS MY LAP OUT OF NOWHERE, do I go with this weird crotchvasion or risk losing his company forever? Can we just go back to thinking that biting each other’s lips a little was the craziest this was going to get, please? Plus, am I strong enough to overpower him if I have to? This is not what the internal monologue of a person given over to erotic ecstasy sounds like, Alex from gym class that I made out with because I was bored! Thanks for the panic attack!

When someone instigates sexual contact that you haven’t agreed to, it can be tough to unscramble how you feel—let alone to figure out what to do. First of all, that’s totally normal, and second of all, it has got to change, because I want you to have fulfilling, electrifyingly hot encounters of the flesh (ew, this expression) without feeling pressured, uncomfortable, or, heaven forbid, endangered along the way. Or like you’re some kind of frumped-out killjoy for simply saying no, because YOU AREN’T. You know better than anyone else what feels good and manageable to you and what doesn’t. (And this would be true even if Mark Ruffalo somehow merged with Sappho into a single entity, and that being was like, “…Hhhhello there, allow me to playfully lick you on the forearm, my dove”). You have the absolute right to broadcast these non-negotiable preferences to every individual to whom you decide to affix your various and sundry (and sultry, my dove) body parts. No lap-harassment or weird crotchvasions necessary. Unless that’s what you’re into.

On the whole, my decade-long history of bod-freaqing, etc., has been wild enjoyable. (I know, I am a very cool sex-haver, CHECK OUT MY COOL-GUY HAIRSTYLE AND STYLISH DENIM JEANS.) I’ve also had some less-than-sterling, and occasionally downright fucking awful, experiences with partners who didn’t seem to consider whether I was all right with what was happening between us. Here’s an abridged list of illustrative quotations from Remembrance of Bone Zones Past, my mental encyclopedia of belt notches (this is not to be confused with Proust’s classic literary masterpiece, which was definitely at high risk of happening here):

All of these are real-life toilet sentences, which were uttered by real-life toilet-worshippers, after I protested some dubious piece of the “action” we were getting. Sometimes these people were also actual rapists (because, straight up, anyone who disregards your not wanting to have sex, or coerces you into it after you say no, fits this description). Although these phrases were deployed in different scenarios, for ostensibly different reasons, each one says, “I don’t care what you want, even though you just directly told me that it isn’t this, and I don’t respect you as a person more than I do my own horniness in this one moment.” Taking on this attitude in any situation, but especially a sexual one, is wholly unacceptable, because it means you’re trying to make someone else feel bad for your shitty behavior. (Not, you know, you, but some Alex-from-gym-class-style toilet-loser whom I’m now itching to destroy even though he’s a hypothetical person I just made up.)

I know you (real you, this time) wouldn’t be the kind of selfish cretin who thinks that way, but if you find yourself in a situation where some scumbag is reciting a passage from this grisly chapter of my RoBZP to you, please understand that you have done NOTHING wrong, even though said scum is trying to make you feel guilty about the fact that they’ve decided it’s OK for you to feel unhappy/uncomfortable/unsafe as long as they’re getting off. The idea of even the potential of that happening to you makes me want to kick over seven trash cans, mail a congressperson a stink bomb, and yell obscene, hideous things at a beautiful phenomenon of nature—ideally a canyon, but definitely a majestic, centuries-old sycamore, at least—in addition to my previous crimes against fictional predators.

You are entirely within your rights to let anyone trying to pull that garbage know that they are acting like a human-shaped column of excrement, and then extricate yourself from the scene immediately. (We’ll go into this more specifically in a bit.) I also want to halt for a sec and acknowledge that, in some terrible, wrenching situations, some of which I know firsthand, this self-extrication is not an option. (I have no denim-based quips about my experience this time, though. It was just awful and that’s it.) As you hopefully know, rape and sexual assault are never caused by the victim’s behavior—they are a result of the rapist’s inhumane violence, and there is nothing you can do in this life to “deserve” or “invite” that. Another forever-true side note: You have an inarguable right to stop fooling around with somebody if you’re no longer into it, regardless of how respectful the other person is being. You don’t need a “reason” or “excuse” to not want to get with somebody, and you don’t owe anyone a goddamn thing in that respect, ever. No one has any claim on your body but you.