The Night of the Shooting Stars

Everything that was happening felt wrong. But I was 15 and obsessed with scoring my first kiss. 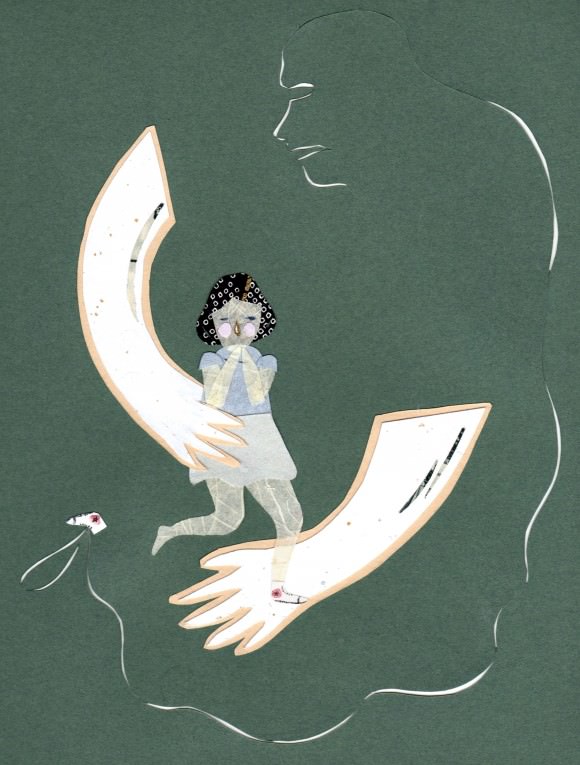 Editor’s note: A sexual assault is described, though not in explicit terms, in this story.

When I was a teenager, nothing ever happened. My best friend and I would wander around talking to strangers, trying hard to get into any sort of trouble, looking everywhere for adventure but finding none. Nothing exciting ever occurred in our lives, only that sometimes it did: Usually it was a concert by some band we were really into at the moment, or a boy who suddenly was replying to our text messages. Then time would go faster while we stopped sleeping, eating, or talking to our parents. Then, as suddenly as it had appeared, the excitement would vanish, and we’d to go back to our customary boredom.

The summer I turned 15, pretty much all I could think about was the fact that I had never kissed anyone. In the preceding few months I had been going on dates with a couple of boys my age (a kid from another school, another kid I had met at a concert), but every time one of them leaned in for a kiss, something made me run away. My friend A., on the other hand, was already quite experienced. She was gorgeous and flirty and liked kissing boys. She sat next to me in class, and on weekends she slept at my house, where we never had a curfew and my parents made us hot lemonade if we came home drunk. At the end of that summer, the most exciting thing was about to happen: I was going to spend 10 days with her and her family in a nice little town in the mountains.

We lived in Italy, where underage drinking did not seem like that big of a deal. We never had a problem buying alcohol from the corner store, nor from any bar. Most Saturday nights, we would get drunk on some horrible cheap liquor mixed with soda. We were also smoking pot more often than not, which, combined with the alcohol, resulted in some pretty horrible hangovers that would last until the following Monday. But we did not expect to party hard during this vacation. We spent the first few nights playing cards with A.’s parents and her younger brother, innocently drinking herbal tea.

I didn’t know it at the time, but everything was about to change.

On a random afternoon, a group of young men between the ages of 19 and 26 approached us on the main street of a neighboring town. One of the guys is even famous: an Olympic athlete of one of the coolest winter sports. They ask us how old we were, and we say 15, even though A. is actually still 14. They don’t seem to care, anyway—they say they made a bet on our age, and they invite us to a party.

It’s the feast of San Lorenzo, otherwise known “the night of the shooting stars,” when, due to an annual astronomical event, the sky lights up with as many as five shooting stars per hour. An older girl the boys know talks to my friend’s mom on the phone and tells her that we’re hanging out at some church event with a bunch of “good kids.” She assures A.’s mother that it’s totally OK with her if we sleep over. We start off the evening at a bar, where the bartender keeps refilling our glasses with a cocktail called Sex on the Beach, and we keep emptying them down our throats. We also smoke a few joints, and by midnight we are feeling pretty fucked up.

A part of me is kind of aware of what’s going on. Looking at the situation from the outside, I start to feel sick to my stomach, and not from the alcohol. I’m used to partying with kids my own age, drinking peach-flavored vodka and smoking out of homemade pipes crafted out of soda cans, and what’s happening here, with these older boys—these grown men—feels very wrong. But I’m 15 and obsessed with scoring my first kiss. And part of me is just curious and hungry for adventure—I want to see how the night will end.

Everything that’s happening, though it’s happening to me for the first time, feels strangely familiar. I’ve read about nights like this in books, seen them in movies, heard about them in song lyrics. The only thing that’s not familiar is this redheaded kid who keeps talking to me. He tells me he’s a drummer. He says he’s 20 years old. He keeps refilling my drink.

“You need to use more tongue,” he instructs me as he pushes me against a plastic slide on a nearby playground. My first kiss. An hour later we’re lying on a worn-out couch in someone’s house. He wants to have sex. I keep saying no, no, no, a million times. He tells me he’s majoring in psychology and that I’m being a Catholic prude. Even as a very drunk 15-year-old, I can tell this is bullshit. I keep resisting his advances.

I start feeling worried about my friend. Every few minutes I can hear her voice coming from upstairs, where she’s hanging out with the other guys. She sounds like she’s complaining. It sounds like they’re hurting her. I want them to stop. The redhead tells me to chill out—my friend isn’t doing anything she doesn’t want to do, he says. I finally grow too tired to argue. He wants to take me to his house. “You can stay here and get raped by all those guys,” he says, “or you can come home with just me.” He means that word—rape—as a joke, only of course it isn’t a joke at all.

I don’t really feel like doing any of the stuff that comes next, but I’m too tired to continue fighting him off. When he finds out I have my period, he stops insisting we have intercourse, but he insists on other things.

As the sun comes up, I find myself vomiting in the master bathroom of some stranger’s house, banished from the master bedroom by the redheaded kid, who’s afraid I’m going to puke on his parents’ bed. It’s 7:30 in the morning. I call a friend who was at the party but who left early to meet her curfew. I tell her everything that happened.

“Well, you asked for it,” she says. It will take me years to stop believing this.

A few days later, I’m hanging out with a bunch of friends, and we bump into the redheaded kid on the street. When I refuse to give him a hug, he looks me straight in the eye and says, “You shouldn’t spit on the plate you’ve eaten from.” I feel like throwing up all over again.

When I get back home from the trip, my friends cannot believe my luck. Before this summer, I was the only one who had never been kissed, and now I’m the most experienced of them all. No one thinks that what happened to me was bad in any way. For a long time, I don’t, either. Sure, my grades drop and I suddenly get a lot of acne and gain a lot of weight, and I stop socializing and start drinking by myself, from a bottle of liquor I keep hidden under my bed, but that can’t be the redheaded kid’s fault—I asked for it, after all, and he was cute.

I don’t tell my mom what happened, even though I usually tell her everything. I have the sense that this story might get me in trouble.
A. lost her virginity that night, too. She would keep hanging out with those guys for the rest of her teens. I don’t talk to her that much anymore.

When I have my first consensual kiss two years later, the guy asks me why I’m shaking. When I have consensual sex for the first time two years after that, I finally understand that what happened to me that night in Italy was rape.

When I tell people this story now, they often say, “Yeah, that happened to me, too.” Or “That happened to my friend, too.” Many of them have stories much worse than mine. By now I’ve told it to my mother and to a few therapists, but I still can’t read about rape at night or I won’t be able to sleep. Sometimes I have to walk out in the middle of movies. I leave books unfinished on my night table. I haven’t told this story to all the men who have wanted to kiss me, but I’ve told it to the ones I want to kiss. ♦

G.B. has lived in five countries in the past seven years. She likes autobiographical comics, bikes, and dogs.