Plus Cara Delevingne on drums, #YesAllWomen, and a very special cover of the Arthur theme song. 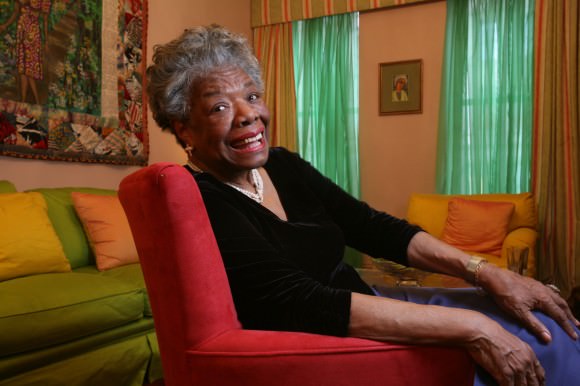 Maya Angelou photographed in 2006 by Chester Higgins Jr. for the New York Times.

Dr. Maya Angelou died this week at the age of 86. Upon hearing this sad news, I thought of something she once said: “I’ve learned that people will forget what you said, people will forget what you did, but people will never forget how you made them feel.” And it’s true: I will never forget how Maya Angelou made me feel. When I was 13 and going through one of the roughest times of my life, my mom took me to see Dr. Angelou speak. I think it was my mother’s way of saying, “Here’s your power. Use it.” To say that it changed my life is a huge understatement.

Since then, mother has given me many of Maya Angelou’s books and poems, including “Still I Rise,” a recording of which NPR shared this week in her memory. Listening to Angelou recite this poem gives me the same shivers I felt all through that talk I got to attend, and am reminded of my own power.

This week’s horrific shooting at the University of California, Santa Barbara, has filled me with such sorrow and anger that I can hardly find the words to express myself. Fortunately, many others are finding those words and sharing them on social media with the #YesAllWomen hashtag.

Another woman who expressed many of my own thoughts about this (and other incidents of mass murder and violence against women) far more eloquently than I could: Laci Green, creator of the “Sex+” series on YouTube. In this video, Green states why Elliot Rodger is not just a “madman.” Her case is incredible, compelling, and true, but be warned that she does include an excerpt from his video, which I found deeply upsetting.
Chanel

In the wake of the UCSB shooting, Rachel Sklar gives an account of a relationship she had with a verbally and physically abusive boyfriend in this essay, “#YesAllWomen, and Yes, Me.” Sklar initially assumed that she was to blame for her abuser’s actions, but after one especially violent night, she realized, “It was not my fault—and it’s not the fault of any other woman who is the victim of domestic violence.” While she feels lucky to have gotten out of that scary situation, she writes, “Not having to fear for our safety should not be considered ‘luck.’”
Julianne

One of my favorites among this list of Maya Angelou’s most iconic hip-hop moments: In the 1993 film Poetic Justice, Janet Jackson played a cosmetologist/poet alongside Tupac Shakur, playing a poetic postal worker. Not only were the poems Jackson recited in the film written by Maya Angelou, the goddess herself had a small role as a woman at a barbecue with whom Jackson and Tupac have a chance meeting. While on set, Angelou and Tupac became compatriots, which she discusses in the video above. “I didn’t know who he was, but I had heard he was in a big row with another gentleman,” she says. She asked him, “When was the last time anyone told you how important you are? Did you know our people were on auction blocks, were bought and sold, so that you can stay alive today?” Then, she says, “he heard me, stopped talking, and started to weep.” Just another poignant moment in a life that made so, so many people remember that we are, in fact, important.

The Swedish pop duo jj has a new song, and it’s lovely.
Anaheed 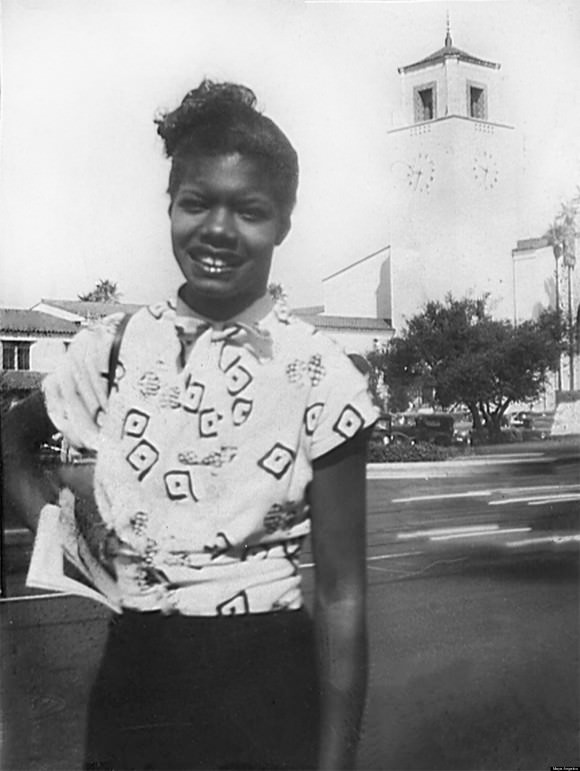 A portrait of the artist as a teenage girl. Photo via WNYC/

I loved this story about how Maya Angelou became one of the first black streetcar conductors in San Francisco. She didn’t go for the job out of a particular itch for trailblazing, she just liked the uniform! Proving that the most personal desires of teenage girls can (and often do) lead to great social change.
Brittany S. 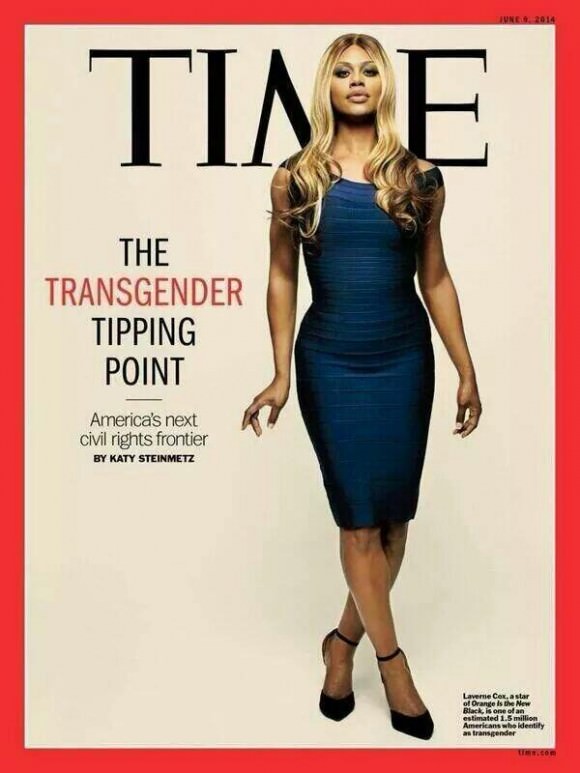 Photo of Laverne Cox by Gillian Laub for TIME magazine.

Who’s that gorgeous woman on the cover of Time? Why, it’s the talented, courageous, and brilliant actress and trans activist Laverne Cox, whose Time cover story came out on her birthday!

As the recent Rookie interviewee and trans icon Janet Mock wrote on her Tumblr, seeing a trans woman of color on the cover of such a huge publication is a big deal in terms of starting conversations on “America’s next civil rights frontier” (as the Time cover calls trans issues).

The full Time story is available only in print and through digital subscription (for now), but there is an excellent video interview with Cox online, where she talks about growing up, discovering her gender identity, the state of the trans rights movement. Cox’s take on this particular fight for justice and visibility is so motivating, real, and crucial. I can’t wait to pick up a copy of the magazine.
Laia

My love for PBS cartoons is well documented. So when I saw that Chance the Rapper covered Arthur’s theme song, “Believe in Yourself,” my heart started racing. I don’t think I’ve ever clicked on something so quickly! And let me tell you, it is even radder that you can imagine! It’s as groovy as the original Ziggy Marley version, but has more attitude and awesomeness. You’ll def listen to it more than once.
Meagan

In the last episode of the rebooted Cosmos, Neil deGrasse Tyson gave us a glimpse at what the future could look like in 40,000 years.

His vision is evidence based and not some wackadoodle Ancient Aliens–type conjecture. I’m not going to spoil his prediction, but what I find most comforting is NdT’s optimistic belief that intelligent life (but not necessarily humanity) will survive the triple threat that leads to mass extinction: natural disasters, a tendency towards self-annihilation, and the upcoming global warming apocalypse. HERE’S HOPING.
Allyssa 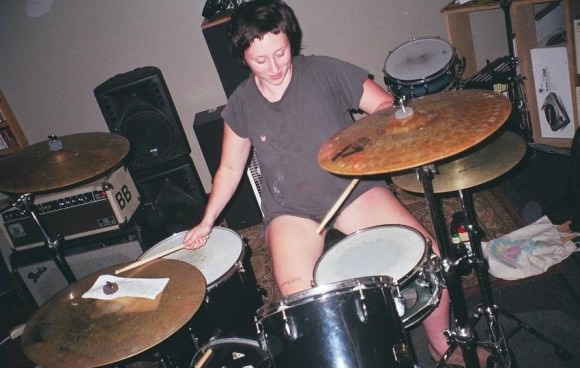 Photo of Allison Crutchfield by Jesse Riggins via IMPOSE.

Rookie theme-song alumnus and Swearin’ member Alison Crutchfield wrote a response to a disappointing piece about women in bands published on a music website earlier this month.

She includes thoughts from tons of other great musicians too, because, as she says, “I was interested in a broader perspective and experience than was mentioned in the original article, an article that involved stereotypes and reinforced gender roles. I was interested in how other lives have been affected by the sometimes bitter and chauvinistic world of being a musician. I wanted to open a dialogue.” She totally got what she wanted.
Amy Rose 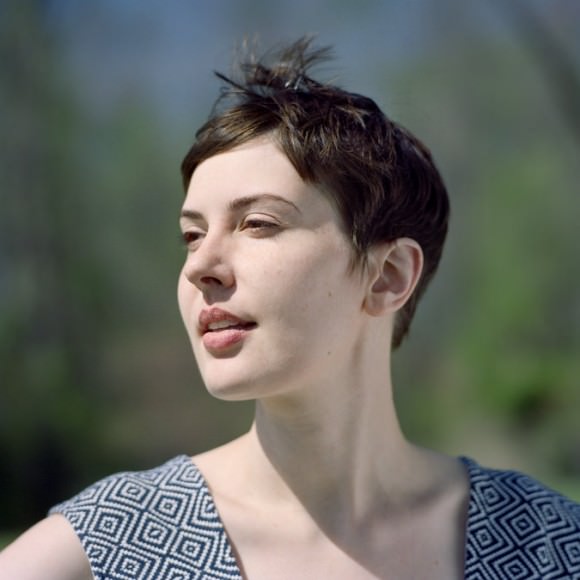 Photo of Patricia Lockwood by Mark Peckmezian for The New York Times.

I am STAUNCHLY about the poet Patricia Lockwood, who was profiled in the New York Times this week. She is a fount of radness, which you know if you read her poem “Rape Joke,” which was published (and widely swooned over) last July and is one of those pieces of writing that unexpectedly make you feel like the world is stretching out a hand for you to hold without, like, babying you about it. I was fucking delighted to learn more about her life and work from this article, and I think you will be, too—especially the part where she outlines the limitations that keep her from french-kissing squirrels.
Caitlin D.

Nuh-uh, there is NO queen like Oakland’s Queens D.Light, the unsigned hip-hop goddess who just dropped a mixtape that begins with wildflowers arguing with trees. It hardly misses a beat after that—listen to her lyrics braid with the tinkly percussion on “Supreme Flavors” and tell me you didn’t just become one of Queens’s royal subjects.

LeVar Burton has announced that he wants to revive Reading Rainbow, an educational children’s show that ran from 1983 to 2006, for the viewing pleasure of today’s young literature-lovers. Burton, who was the show’s host, made a Kickstarter for the project, and the internet pledged $1 million in a single day! I hardly consider it going out on a limb to say that there has never been a better TV show about books than Reading Rainbow, and, clearly, I’m not the only one who thinks so.
Emma D. 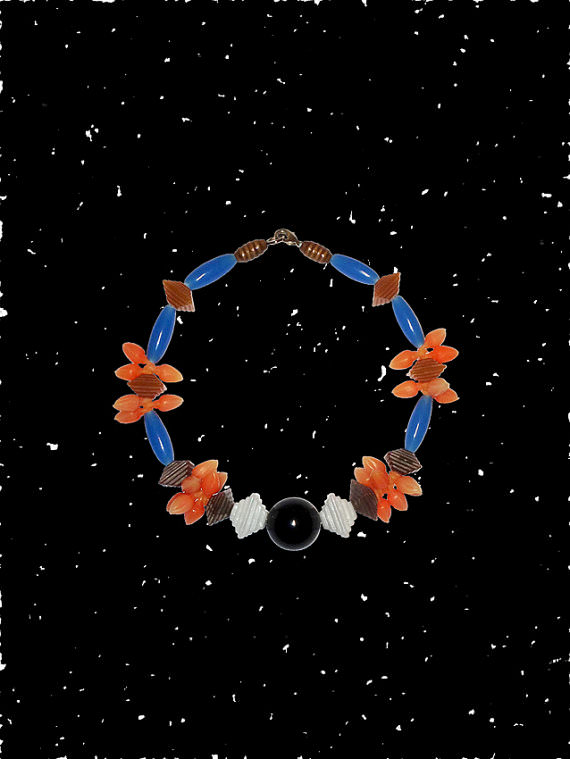 On Monday, the photography duo Synchrodogs announced the opening of their Etsy store. It sells one-of-a-kind jewelry made by Tania, one of the halves of the Synchrodogs pair. Her necklaces are just like Synchrodogs’ photos: bold and otherworldly.

Synchrodogs promise to give all the money obtained from the sale of the necklaces, which go for about $100 each, to charity. They already helped an orphan asylum in their homeland, Ukraine, which is currently in political and social crisis. Their necklaces are worth saving up for if you wanna look like an outer space princess AND protect the world like one.
Joe

When Cara Delevigne isn’t busy enjoying the great honor of having her hair done by Rihanna, the other coolest person on the planet, her hobbies also include drumming! In this video, Cara D. shows off her percussion skills, which are totally sick. Who knew? ♦