Plus a charming profile of a game-show host, cultural appropriation thoughts, and INSTAGRAM SHOES.

Sunday Comic: Keeping It Together 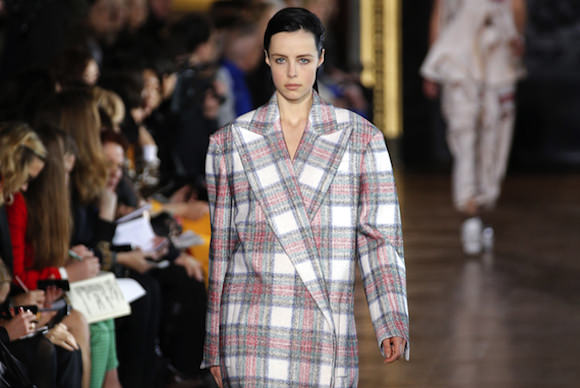 A Stella McCartney “Chinatown plaid” jacket. Photo by the Associated Press via The Atlantic.

Lately, I’ve been destructively fatigued by discussions of cultural appropriation, and, sweet lady parts of my mother, have there been a lot of opportunities to have those discussions, and goddamn, do I not want to be part of them. But then! This tremendously nuanced, patient, and well-researched piece about cultural appropriation in fashion, written by one of my heroes, Minh-Ha Pham (a founder of the most brilliant fashion blog ever to exist, Threadbared, and the Tumblr Of Another Fashion) blew me out of these dumpy, toxic waters. It articulated exactly what I haven’t been able to, namely that:

There’s a big problem with critiques of cultural appropriation. They reaffirm the very thing they intend to oppose: white Western domination over and exploitation of culture at the expense of everyone else. […] The popular chorus of “Cultural appropriation! Cultural appreciation!” quickly becomes a performance in which neither side misses a cue nor forgets a well-learned line.

Pham uses the recent trend of “Chinatown chic,” a phrase that came up a lot after the Stella McCartney and Céline fall 2013 runway shows, to start a more thoughtful conversation about what we’re really objecting to when we say, “Hey, that’s cultural appropriation!”
Anaheed

If you listened to this week’s Friday Playlist by our pal/inspiration Sarah Sophie Flicker, you may have been amused/intrigued by track seven, “The Pill” by Loretta Lynn, an ode to birth control with lines like “This incubator is overused because you’ve kept it filled / The feeling good comes easy now since I’ve got the pill.” Coincidentally, Casey N. Cep wrote about this very song over at The Awl this week. Called “The Song That Made the Pill OK,” the piece lays out how controversial it was to talk openly about birth control in 1975, the year the song came out, and how hungry women were for someone to do just that.

Meanwhile, at Teen Vogue, Valerie Tejeda lists the pros of having divorced parents. One example: two bedrooms to decorate! 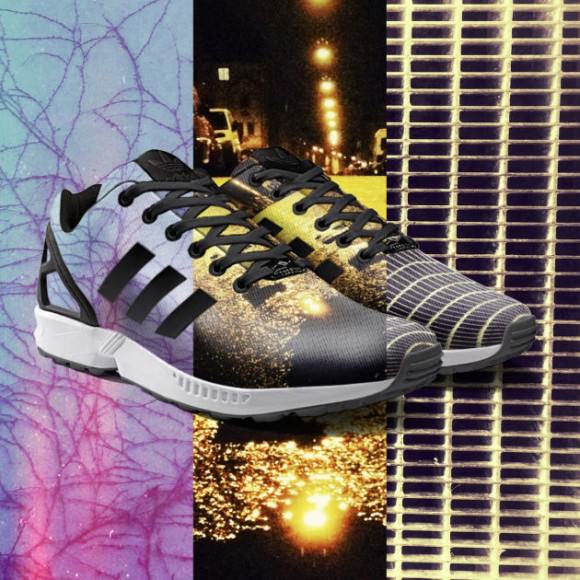 This one’s headline says all you need to know: “You Can Print Your Instagrams on Adidas Sneakers This Summer.” 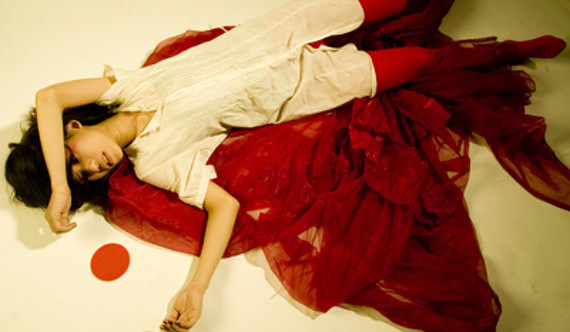 Photo by rbmay/flickr, via The Atlantic.

And, finally, at The Atlantic, Emily Matchar asks, “Should Paid Menstrual Leave Be a Thing?” While everyone debates whether it is liberating or oppressive to women to give us paid leave during our periods (there seem to be an equal number of women and feminists on either side of this “debate”), why not give everyone a few extra days off school/work per month for whatever the fuck we want to use them for? I think you should be able to call in for ennui/malaise/wanderlust/the blues/the mean reds/shame/teen plague/birthdays/season finales/pizzaversaries.
Lena

Back in December, Olivia did a TED Talk in Athens, Greece, that is smart, full of heart, and now available to watch on YouTube:

She talks about a lot of things that have been bouncing around my brain since I watched it, like how to make work that conveys real feelings, and the importance of connecting with the people who are with you instead of the people “in your pocket” (as in, on your phone/the internet). She also takes down the concept of “talent,” which a lot of people see as something you have or you don’t, and calls it what it is: “the need to get better because you love something.”
Chanel 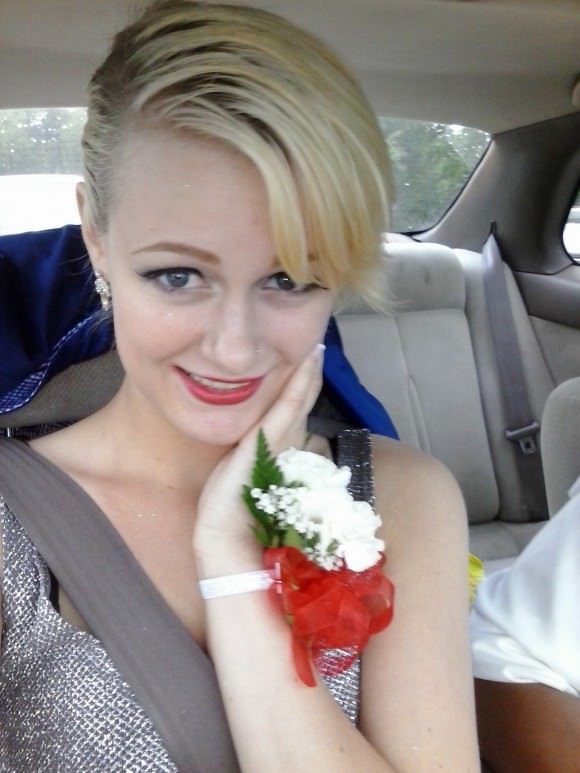 Clare on the way to the prom she was kicked out of. Photo via Wine & Marble.

A 17-year-old was kicked out of her prom after one of the organizers complained that her dress was too racy and caused a disturbance among the dads chaperoning the event. In an essay titled “Fuck the Patriarchy” posted on her sister’s blog, the girl, whose name is Clare, outlines the exact ways in which this is total and complete bull. For starters, the length of her dress was well within the limit set by the school (her fingertips were not to extend past the hem, and they didn’t). Also, she says, there were other girls with much shorter dresses at prom—she believes she was singled out because she’s tall and curvy. It really pains me to see a girl get the fun of her senior prom stolen from her, and it’s a clear example of the scrutiny women (especially young women) face because of our body shapes and sizes.
Meagan

I am so, so thrilled that Beautiful Noise, a documentary about shoegaze music, has been fully funded by Kickstarter and given a release date! The movie includes interviews with luminaries of the genre such as Robin Guthrie of the Cocteau Twins and Kevin Shields of My Bloody Valentine. I love the tagline “They didn’t sell a lot of records, but everyone who heard them started a band,” because it’s so true; the old English shoegaze bands influenced rock music in a profound manner that is still felt today, in bands like M83 and A Place to Bury Strangers. Check out the trailer above—Robert Smith from the Cure even makes an appearance!
Amy Rose 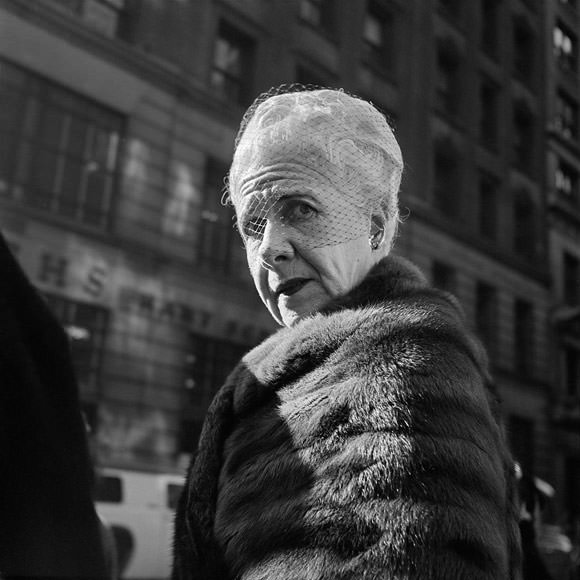 One of Vivian Maier’s many, many subjects. Photo courtesy Maloof Collection/Howard Greenberg Gallery via The New Yorker.

Our own Rose wrote this lovely essay about the photographer Vivian Maier, whose work was unknown and unpublicized until after her death, and about the pathologizing of “reclusive” female artists’ interior lives. The whole thing is intensely beautiful, but this is the part where I started wimp-weeping and didn’t stop till the end:

Maier was not a closed-off shut-in. […] Her photographs of the urban and suburban streets track the fluctuations of the economy, the growth of the city, the cycles of the seasons, the emotions in the faces of the children she cared for, the way her own body advanced through the years. […] She valued her freedom above all. Her art and profession have more in common than it may initially seem. She was a perpetual outsider, and she liked it that way. She moved among people but did not belong to any of them.

The piece ends with a long look at the way female artists are perceived and remembered by the wider culture, and how that relates to the actual intentions of their work. I love it, I love it, boy do I ever love it. 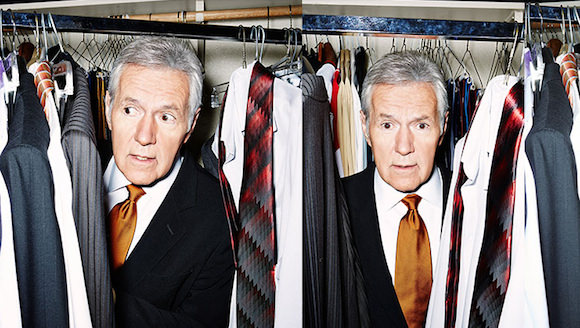 What is, “Peek-a-boo?” Photo by Ian Allen for The New Republic.

This profile of Alex Trebek, the longtime host of Jeopardy!, is extremely well-written, and it basically reconfirms the way David Foster Wallace forever cast him in my mind when he made the TV icon a bratty character in my all-time favorite short story, “Little Expressionless Animals,” which you must read right now. After that, settle in for even further enjoyment, because this interview with the non-fictional Trebek rules in similarly pleasurable ways:

Fact: When Trebek shaved off his moustache in 2001, he did it in the middle of the day, himself, without warning the Jeopardy! producers. [His hairdresser] was alarmed to come in and find him mid-shearing. He just felt like it, he says now. “And it got so much press, I couldn’t believe it. The wars with Iraq or whatever at that time, and people are all in a stew over my moustache. I have one response: Get a life.” 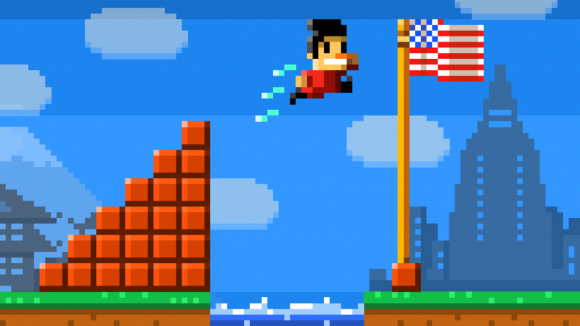 This excerpt from Console Wars, a recently published and INCREDIBLY rad-sounding book about the rise of the home video-gaming industry, had your girl nodding and going, “Hm!” out of pure fascination and delight like one of those kids in class who’s always trying to show that they appreciate the teacher for imparting such INTERESTING KNOWLEDGE (read: me in college just as much as when I read this awesome Nintendo-centric jam earlier this week).
Brodie

This video captures the musician Devonté Hynes exploring his synaesthesia, a neurological condition where his hearing and vision are connected (meaning he sees sound and hears colors). Part of the Lost Lectures series, Hynes’s presentation explained how he’s used this condition to help him deal with his anxiety. Taking in the hypnotizing graphics and synthesized beats, I can almost feel his anxiety build and grow until it’s brought back under control through music.
Stephanie 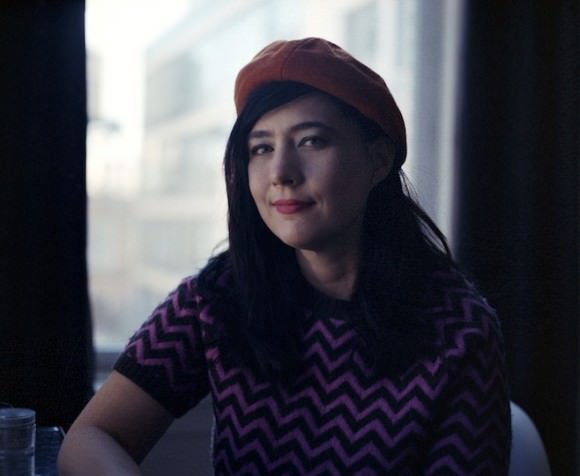 The Julie Ruin released a statement about the cancellation of their tour dates through August. Lead singer Kathleen Hanna, who has been outspoken about her struggles with Lyme disease, has suffered a relapse and will be undergoing an intense round of treatment that prevents her from traveling. It’s sad to hear that Kathleen is going through this, but I’m glad she is taking care of herself. We at Rookie wish her a swift recovery and hope the Julie Ruin will be back out there making us all dance come fall!
Rose 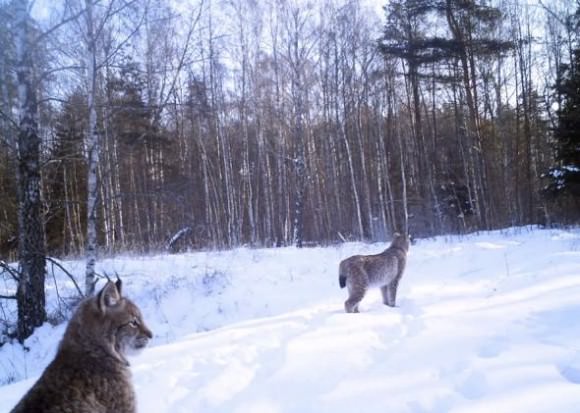 This news about the lynx community in the wilds of northern Ukraine feels very appropriate to share with you guys (Saturday lynx, get it?). Ever since 100,000 people permanently evacuated the highly radioactive zone near the site of the 1986 Chernobyl disaster, the lynxies have had full run of the zone without the threat of human interference (the biggest threat to wildlife worldwide). However, “No one knows how radioactive Chernobyl’s lynx are,” reports Slate, which is one of the most science-fictiony things I’ve read in a news article in a long time. Regardless of their Geiger count (and the super lynx powers that radioactivity suggests to my hyperactive imagination!) I am glad that humanity’s screw-up has been this large cat’s gain. Above, cameras set up in the region have captured these furry beasts romping through the snow. ♦