You Can Be Free: An Interview With Janet Mock

In which we talk about her feminist icons, how teenagers are way cooler than the media thinks, and why she identifies with Tracy Flick. 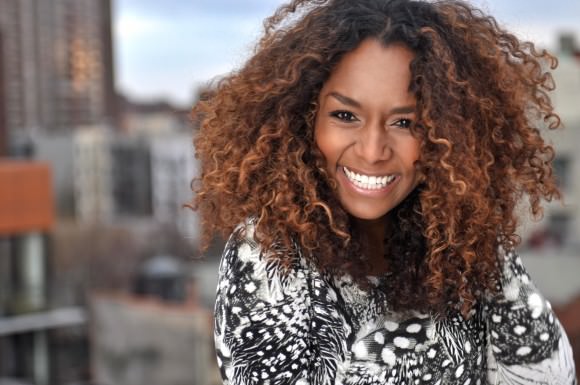 Pardon the hyperbole, but Janet Mock may be the best person ever. I felt this way after reading her 2013 book, Redefining Realness: My Path to Womanhood, Identity, Love & So Much More, a beautiful, powerful memoir that follows Janet from her early days in Hawaii, where she grew up as a transgender girl, to her current position as a high-profile (and still young!) writer and activist who inspires people everywhere to live exactly as they want to live.

She decided to come out as trans in a 2011 essay in Marie Claire magazine; since then, she has worked hard to increase the visibility of transgender people, including starting the hashtag #girlslikeus, which encourages trans people to share their stories on Twitter. (She is also very good at social media.)

My feelings about her greatness only intensified when I actually got to talk to her on the phone last month. You know how sometimes you’re talking to someone and they’re just so on it that their voice crackles with electricity? That’s how Janet was.

JULIANNE: So much of Redefining Realness is your very specific memories from your childhood, some of which are so wrenching! How did you remember all of that, and how were you able to get it all out in your writing?

JANET MOCK: I started by writing journal entries. I made a commitment to myself to write 500 to 1,000 words every morning—to just catalog every memory, even if it was just a fragment, on paper. Once I really got into that space and got disciplined, I was able to reimagine what happened and to mine the feelings and the details of that time period. That’s why there are a lot of pop culture references, because I watched so much TV! I would try to remember certain things by asking myself, What song lyrics was I trying to memorize? What type of dance moves was I trying to learn?

But then you have to remember the pain, too, and that was the hardest part—the wrenching part, as you say—having to revisit that, not as an adult, but going back and feeling it again as a child who didn’t have much agency over their body and how it felt to go through those traumatic events. So I just had to be very kind to myself as a writer, but also kind to those who had wronged me. I had to be kind about the mistakes people made and how they contributed to my pain.

As a fellow writer, I have found when you’re accessing those painful things, there is an instinct to lie to yourself, in order to protect yourself. How did you avoid that?

There are certain moments in the book where I call myself out for wanting to soften things or exclude things, and that was part of being transparent. I was committed to being transparent not just through the stories I chose to tell, but throughout my writing process. I talk about my mother’s suicide attempt, and about not wanting to [write about it] because I didn’t want to see her that way. Also, some of the details of the sex work I went through as a teenage girl—sometimes I wanted to erase those from the record of my life. But being honest about that actually helped me. It relieved me from my silence and shame, and hopefully it can help other people feel that sense of relief about something that may be heavy that they’ve been holding on to for a long time.

Was wanting to find that relief one of the reasons you started writing the book?

Yeah. At first I wasn’t writing with the intention of making a memoir—I just did it ’cause I wanted to have a record for myself. It was a selfish project—there was no sense of intersectionality or social-justice jargon or anything like that. It was just about me, this girl, and her story and her pain. I was trying to get it as raw as possible on the page so that I’d know that it was real.

But when I stepped forward publicly in Marie Claire, I was like, Wow, there’s a powerful story here that I think I’m supposed to tell. I don’t mean that in a boastful way—there just aren’t many books by young marginalized women like myself who did what I did, the way I did it.

Since that Marie Claire piece came out, social justice ideas and words like intersectionality have become way more widespread, especially for young people, partly because of Tumblr. Have you seen a shift?

Ooh, Tumblr’s powerful, yes. Those words are very powerful tools for describing this oppression, and it’s great that some people have access to them. But most people don’t. For me, it was super important to not use those terms in the book, because they exclude a lot of people who don’t have educational access, or who may not be engaged in social-justice stuff but who want to be enlightened about things and have their political consciousnesses raised a bit. I wanted to write the book for everyone—including that girl who I was in seventh grade who didn’t even know the term transgender. I wanted to give her a book so she could also feel like she was in the know, without being talked down to or made to feel like she has to aspire to something “higher” when she already has all the knowledge she needs to define her own experience. It’s not for me to define it for her. So I wanted to use words and language that she understands.