Jealousy will get you everywhere (if you know how to use it). 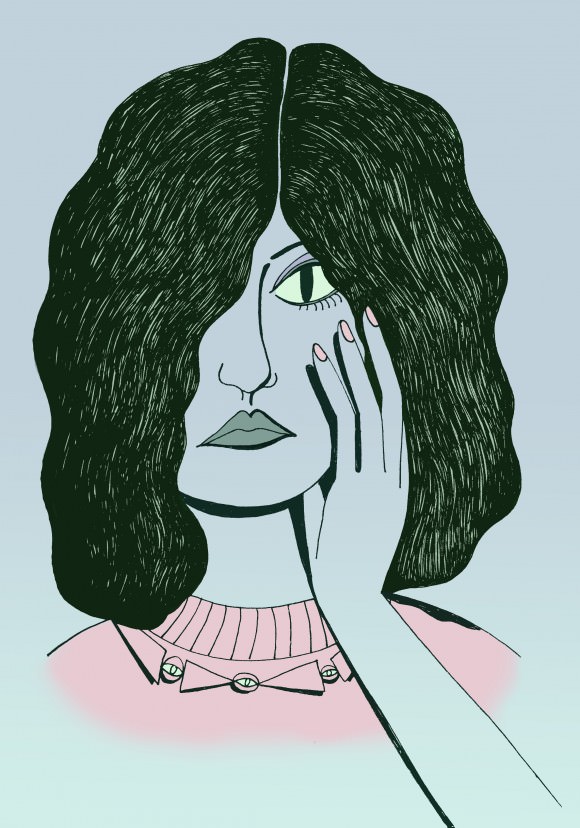 A lot of my close friends and I have really similar jobs; we spend our days writing, editing, and pitching stories, then worrying if people like them. Sometimes, more than one of us will apply for the same job or submit a story idea to the same publication. Sometimes, one of us will not get a piece picked up, while the other will, or one of us will get a job another applied for and really wanted.

Oooh, you’re probably thinking. Tension! A lot of the time, it’s true, these kinds of situations lead to one person’s feeling cautiously happy, satisfied but wary of their friends’ competitive reactions; while another person pretends to be happy for her buddy while silently plotting her revenge. I’ve been in situations like this, but it’s been a long time. Let me explain.

Growing up, I was painfully jealous of other people. It killed me when anyone else got good grades, a boyfriend, invitations to parties, dresses in small sizes—all the stuff I desperately wanted but felt I didn’t deserve. Over a short time, my jealousy coagulated into nasty thoughts, words, and even actions directed against these “lucky” people. I was just lashing out, totally blinded by envy, unable to see the good side of anyone who seemed more “successful” than me—especially the pretty, popular girls who got good grades and had dreamy boyfriends. I saw their success as somehow impeding my own—it was totally me against them. And when I didn’t get something I wanted, I blamed them. And I hated them.

The tipping point for me came with the very website you’re reading right now. (Hi!) I was already a fan of Tavi’s work when she started Rookie, and I was so inspired by what she made here—how she identified a space that didn’t exist and then trusted her judgment enough to know that her peers (that’s you guys!) needed a publication like Rookie as much as she did. Suddenly it dawned on me: No one is going to hand you something! If I wanted to make a mark and do something special (which I did, hence the envy when anyone else did so), I had to be the one to set the wheels in motion. Being jealous of other people was not only unproductive, it was wasting precious time that I could spend making my own thing. I channeled this newfound positive energy into starting my zine, Filmme Fatales. My first step was buying the URL filmmefatales.com, and that one act set in motion everything that I think makes my life good today.

What I can see now that I couldn’t before was the way that negative energy was taking over my whole being, brushing aside the positive, supportive vibes I had to offer. There’s nothing about jealousy that feels good, but that doesn’t keep it from creeping up on us and inhabiting our thoughts and feelings, intensely and often. I don’t generally buy into spirituality or inspirational quotes, but a friend once told me something that Gautama Buddha once said that I try to remember any time I find myself overwhelmed by resentment: “Holding on to anger is like drinking poison and expecting the other person to die.”

Replace anger with jealousy, and don’t you think it works just as well? Nothing good comes your way when you’re too busy stewing over what you don’t have, and those neggy vibes affect only you—while you’re resenting them, those successful people will continue to succeed. They won’t do it in spite of you or to rub it in your face, because their achievements are not about you. Sometimes it can be really hard to remember that, though—especially when you want something so badly that seeing someone else get it makes you feel like you’re going to explode!

It can fill you up, this poison brewed from envy and jealousy and insecurity, until there’s no room for anything positive or helpful or nice. There is a way to get rid of it, though—and only one way, as far as I know: You can learn from it. Think about what it is that you’re angry about: The existence of this other person? Probably not. The fact that you didn’t get this thing you wanted? Ahhh, bingo. If you switch your focus from that person to that thing you wanted, you can actually channel your discomfort into positive action, instead of letting it turn to anger that will eventually poison you (and all of your relationships) from the inside.

I’m going to let you in on a not-so-secret fact right now: You know those people you’re jealous of? The ones who seem to spend all their time just achieving and being successful and nailing life goals over and over? They get jealous too! Everyone does. It’s just how much time they choose to spend feeding into it, and what they do with it, that sets them apart. Their lives, despite the dreamy pictures they’re posting on Instagram, are far from perfect. We all crop out all the sadness and scream into our pillows from time to time. As effortless as their successes may seem, more often than not, the people you envy are spending their days carefully putting the pieces together that enable themselves to succeed and achieve. And the less time you spend being jealous of them, the more time you’ll have to create successes for yourself.

The reason I know this is because, after years and years of being a jealous green giant, I’ve suddenly found myself on the “Wait, someone is jealous of me?” side of things. You know how I said I used my envy of Rookie as a motivator? When I finally got over myself and used that feeling (envy, on some level, always = admiration) as fuel to start my own thing, that ironically—no, inevitably—led to my getting hired to write for Rookie! (THE CIRCLE OF LIIIIIIIFE.) This all came from becoming so busy building my own little pile of achievements that I forgot to compete with other people.

Now, I’m not saying everything is just support and harmony in my life right now. For every new article I publish or zine I make or professional accomplishment I tackle, there’s a new crop of snarky comments online about how I don’t deserve what I have. It really does sting every time, and makes me angry that people think I just accidentally stumbled into a career they might want. But I can’t stay mad—I know exactly where these angry commenters are coming from, because I used to be one of them. I know exactly how they feel.

There’s a scene in the movie Julie & Julia where Julie (the Amy Adams character) goes to lunch with all her college friends, who spend the whole meal talking about how they are making tonnes of money, have personal assistants, are writing for New York magazine, are starting blogs, etc. By the end of the lunch, Julie, even though she has a great husband and a job and hobbies and a cute cat, feels schlubby and dejected—like a total loser. (Sidenote: I don’t think she’d have felt so bad if she’d ignored her pass-aggress “friend” who didn’t let her eat bread before their salads arrived, and just LIVED A LITTLE. Enjoy your carbs, Jules, it’s fine!) The point is, Julie could’ve continued to wallow. She could have ordered takeout and left a permanent dent in her couch, while cursing the success of her friends. She didn’t, though. Instead she used that jealousy as fuel to do her own thing. A year later, Julie—not just a fictional fantasy person, by the way, but a character based on a real person, Julie Powell, who did the same thing—had cooked her way through Julia Child’s Mastering the Art of French Cooking, and the blog she created based on that project turned into a book, then a movie. She turned her attention away from envy, toward a passion project that left her feeling fulfilled.

Even though that scene includes (what feels like) 20 minutes explaining what “a blog” is to Nora Ephron’s target audience, it was a huge motivator for me. It helped me understand the importance of rerouting my negative energy into something productive and satisfying. I didn’t realize it then, but my overwhelming envy of other people’s success was the only thing keeping me from finding my own. My lack of success wasn’t because of those people. It wasn’t because the world was conspiring against me. It was because of me. I’m not saying this is true for everyone: A lot of you aren’t saddled with crippling envy to begin with, and you know what? I don’t envy you! I admire you! But if you find yourself bogged down with such feelings, I’m with you. I am you. And you know what? You’re lucky, too: You have all the fuel you need to get, and do, whatever it is you want. I’ll be over here, rooting for you, all the way. ♦