Don’t Mess With Our Girls

A young Nigerian activist and mother’s thoughts on the recent kidnappings. 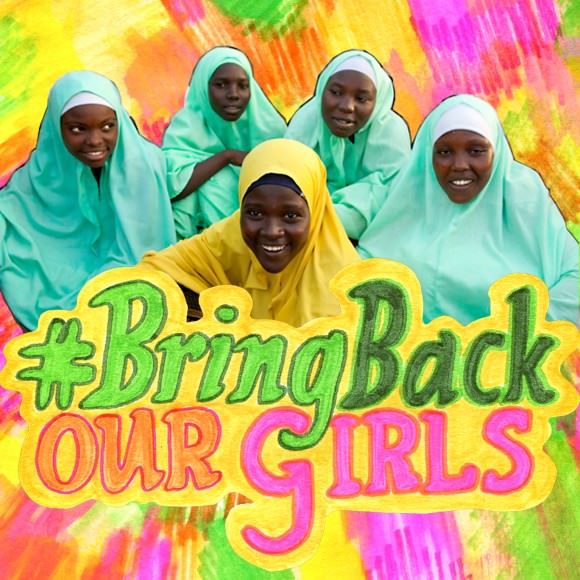 It has been over a month since a group of terrorists in northern Nigeria broke into a boarding school’s dormitories in the middle of the night and kidnapped nearly 300 girls ranging in age from 12 to 15 years old. Since the kidnapping, the situation doesn’t seem to be getting any better. On May 5, 11 more girls were reported missing. And we have heard reports that some of the girls will be sold into marriage, or have been already.

The abductors are part of a militant Islamist group called Boko Haram. Boko Haram is a regional terrorist group with established links to Al-Qaeda in the North Africa. The name Boko Haram, roughly translated from the Hausa language commonly spoken in Nigeria, means “Western education is forbidden in Islam.” The group believes that girls should be confined to marriages, and that they should not be allowed to go to school. Boko Haram’s beliefs are unpopular amongst Nigerians, and especially Nigerian Muslims, many of whom believe the extremist group misrepresents their faith.

As a mother of two beautiful children myself, my heart is with with the parents of the abducted girls. I am a 29-year-old Muslim, patriotic Nigerian, and passionate advocate for women and girls. I obtained the better part of my elementary and higher education in schools spread across northern Nigeria. Throughout that time, I loved my peaceful, friendly, and accepting neighbors, schoolmates, and friends, and I find it hard to reconcile the warm community I grew up in with one in which women and girls are targets of kidnapping and other crimes.

What frustrates me most about this horrific story is that these girls had already overcome so many of the obstacles that the Nigerian government and international aid organizations (like Planned Parenthood Global, where I work as a program officer), work to break down every day. It’s not easy for a girl to grow up in Nigeria. In the north, it’s hard to say whether HIV or teen pregnancy is a larger threat to young women.

Nigeria has the second-highest number of new HIV infections reported each year, and women and girls are particularly affected. As of 2009, HIV was twice as prevalent among young women as among young men. Northern Nigeria also has some of the highest rates of child marriage in the world, according to the United Nations: In the northeastern part of the country, where Boko Haram is most active, nearly half of all girls are married by age 15, and 78 percent are married by 18. Many of them are forced or pressured into these arrangements against their will. Only 2 percent of married teenage girls are in school (versus 69 percent of unmarried girls their age).

When girls stay in school, everyone benefits. In recent decades, as more and more girls have been attending school in Nigeria, the number of women dying from unsafe abortions has dropped, as has the number of children who die before they reach the age of five. During that same period, the number of women pursuing careers and becoming government leaders has increased. (These improvements have mostly been in the southern part of the country, while the north lags behind.)

But Boko Haram does not represent the people of northern Nigeria. If there’s one thing we Nigerians value, it’s education. In some parts of the country, where school fees might prevent young people from continuing their education, elementary school is free.

For us, the missing girls are more than a statistic. Every time I read a news story or hear a TV program giving updates on the girls, I picture the young women I work with through Planned Parenthood—like Maryam,* whose mother died of AIDS when Maryam was only six years old. When she was 13, old enough to understand a bit about the disease that had killed her mother, became a youth outreach volunteer so she could help other young women like herself stay healthy, stay in school, and pursue their dreams.

Maryam volunteered all through high school, and a few years ago she decided that she wanted to become a nurse. Now that she’s in nursing school, she trains teams of teenagers to do the same kind of work, educating other young people about pregnancy, HIV, and STIs. Her activism is a testament to the power young women have to directly impact their surroundings, wherever they live.

Around the world, people are using the hashtag #BringBackOurGirls to put pressure on governments and the media to focus on the swift and safe return of our missing schoolgirls. But it’s not only girls in Nigeria who face challenges. I encourage you to look for situations where people in your own communities could use a helping hand or a signal boost, and to get involved when possible. Let’s not get so swept up in what is happening across the world that we lose sight of what is happening under our noses. By thinking globally and acting locally, we send a clear message: not only to bring back our girls, but to never interfere with any young person’s education, health, or future. ♦

* Maryam’s name has been changed.