Being less successful than my parents feels like part of the trade-off. 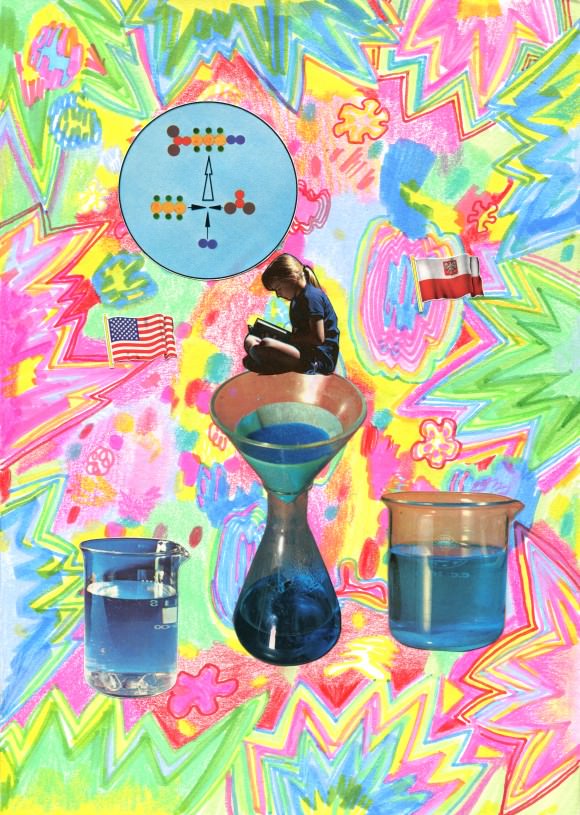 One of the questions I constantly get from my students and friends here in Poland is: em>What are you doing here? Well, my parents are Polish, and they made the decision to move to the United States in the ’80s, when the Polish government declared martial law, which severely restricted individual freedoms. Even though I grew up in the U.S., my first language at home was Polish. I’ve always wanted to spend more time here with my aunts, uncle, and cousins, and to write stories and essays about the experience of living in the country that my parents left behind. Last year I graduated from college in Pennsylvania, and I decided to spend a year living and teaching English (through the Polish-American Fulbright Commission) in a town in southeastern Poland.

Being the child of immigrants comes with certain expectations. Namely, that your success will surpass that of your parents, who left their homes to make a better life for their families. But my parents came to the U.S. with PhDs in biochemistry, so besting their achievements, particularly when it comes to academics, isn’t easy to do.

When I was little, my mom bought me toy chemistry sets and science books. They gathered dust as I made friendship bracelets and devoured Little House on the Prairie. They’ve never said or admitted as much, but she and my dad may have had hopes back then that I would follow them into the sciences. As I got older, it became obvious that I wanted to be a writer. After that, they’ve never objected to the field I’ve chosen, and in fact have been nothing but supportive, but success in it is clearly part of their expectations.

Lately I have been thinking about what it means that I will be less educated than my parents. I studied English literature, and earning a PhD would take four to seven more years of schooling. After that, I’d be facing a pretty terrible market for PhD-level jobs. It’s hard to tell whether, under better circumstances, I would pursue a doctorate, but with prospects like these, the decision was basically made for me.

That, to me, is part of the strange paradox of the U.S. educational system. We seem to have endless educational choices, but a shrinking pool of people who can take full advantage of them. Low-income students with poorly educated parents have less advantages in the U.S. than in other countries, as do first-generation children of immigrants.

My parents faced problems no less serious that these, but they were very different, especially when it came to their educations. In the 1970s and ’80s, the Polish government subsidized vocational and university studies (that’s mostly still true today). As a student, my father wanted to study history, but was privately advised not to because Communist-party censorship had turned history books into propaganda machines. Instead he opted for the sciences, which were less controversial and harder to manipulate. So I can understand why it’s often hard for him and my mom to see the United States as anything but full of opportunity, especially for someone like me, who had the privilege of choosing her own major at a competitive university, which they paid for me to attend.

They were even more confused by my decision to go to Poland, with or without a Fulbright. With a degree in English, they assumed that I would jump into a job in publishing or journalism. But where they saw the start of a lucrative career, I saw listing after listing for unpaid, underpaid, or part-time gigs. My mom gave me worried looks when I talked to her about the possibility of freelancing. Why I would consider such unsteady work after she’d sent me off to study Shakespeare, Milton, and Proust?

Fellow Rookie and Polish native Emma D. pointed out to me recently that learning English means something different for my students here in Poland—it helps them speak a global language, which will hopefully lead to more opportunity. My dad seemed to be using similar logic when he urged me to study economics one semester instead of electing to take “Polish for Heritage Speakers.” I didn’t follow his advice.

My students’ opinions of Americans run the gamut from distaste in our arrogance and dominance on the world stage to wanting to move to the U.S. to live there for the rest of their lives. They’ve taught me a lot about where I come from. I’m also starting to understand a little better what my parents left behind here, and what they hoped to accomplish by starting careers and lives in the United States. I see their path more clearly than ever, but mine can only be different. ♦