Why Can’t I Be You: Emily Nussbaum

The New Yorker’s TV critic tells us how to get her job—or not. 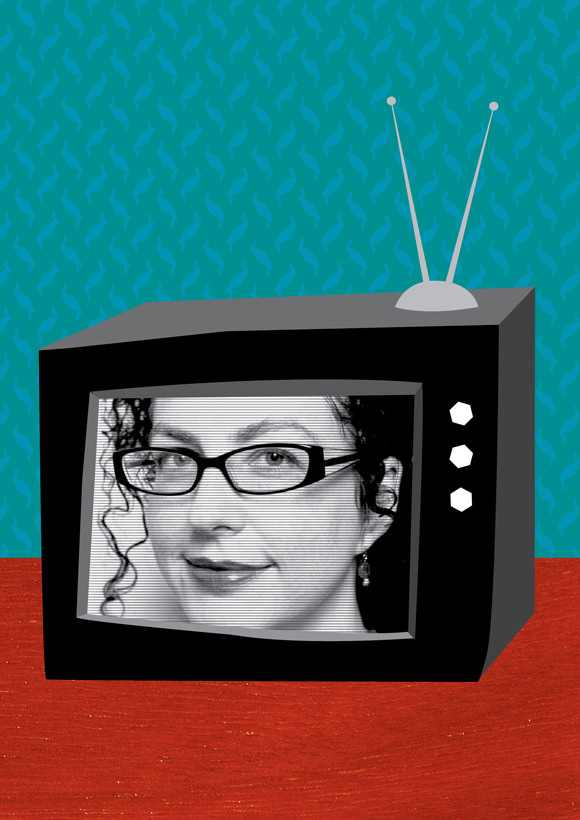 Emily Nussbaum is The New Yorker‘s television critic, and someone whose writing I have loved since I was in grad school a million years ago and obsessively hoarded copies of Lingua Franca, which was this amazing magazine/journal that was all academic news and gossip written in the tone of, like, Vanity Fair. Since then, I’ve followed her writing to Slate, New York magazine (where, no big deal, she invented the brilliant Approval Matrix), and the New York Times, among other places.

She has influenced so much of my TV watching and thinking, so it was a real honor to get to talk to her recently about how to get a sweet gig like hers—or not. (Warning: She gave us the bad news first.)

ANAHEED: So, the premise of “Why Can’t I Be You” is that we ask people with really cool jobs to explain how they got those jobs, so other people can try to follow the same path…

EMILY NUSSBAUM: The thing is, I literally feel like I cannot give advice on how to get [my] job, because the obvious ways that the journalistic economy has collapsed, and the role specifically for culture analysts within that, make it very, very hard to make a living. The clear paths—even for people who are already privileged—are no longer there. I don’t want to BS people. I was super lucky—I aged in at a point where, when a really desirable job became available that I was actually suited for, I had enough experience to already have the clips in place. But how often does the television critic for The New Yorker step down?

The situation now is biased against newcomers. That’s factual. And I don’t think people should beat themselves up for not being able to make headway in that kind of situation. I feel like young people who get online writing jobs are forced to write a million things with no editing for a small amount of money—that’s not an ideal situation. Sometimes people can become very good writers that way, but it’s not a situation where you are nurtured and brought to the best level of your writing.

I mean, listen, I love my job. I have a real dream job. And I want to be encouraging about people who are interested in the same things I am. But I just feel like it’s dishonest to ignore the many structural things that are in the way of the thing I do being something people want to do as a career, depending on their circumstances. I hate when young people are found wanting for not making headway in careers where a lot of doors have been blocked. That’s my basic feeling.

Anyway, this has nothing to do with my particular career in journalism; it just has to do with the fact that I want to encourage people, because I’m excited about what I’m doing. Especially in TV, there’s this big explosion of great conversation online among many different people, including official critics, bloggers, and those who are simply interested in TV. But that’s sort of separate from the question of, like, how do you pursue this as a job, which I don’t really have an answer to, so I don’t want to pretend that I do.

No, I like that. That is realtalk. When you were a teenager, what did you think you’d want to do for a living?

I was always interested in English and creative writing. In college I was a weird magazine obsessive. I went to Oberlin, and I would go to the library and read like old Esquires, and I would read all the poetry in The New Republic because they had poetry I liked. So I was interested in magazines, but I actually wasn’t specifically planning to go into a magazine career.

I was a magazine obsessive too around that same time, but you were reading completely different magazines than me. Yours were so much more highbrow!

What were you reading?

I had every issue of Sassy. I was very, very interested in Sassy.

I think you were more into music than I was. I always had very dorky taste in music, so I wasn’t very into music journalism.

I also wrote about music for a while, and I got sick of [music] so fast, so that’s why I’m surprised that you—

Why did you get sick of it?

Because it became homework!

When the thing that you love becomes homework…do you ever feel that way about television?

First of all, I’ve only had the job for three years [laughs], or a little less than that. Also, I like TV a lot, and I don’t try to watch everything, because that’s impossible. But I was sort of surprised that I became a critic at all, because I think when I was younger, in my 20s, I thought that writing criticism was an intrinsically mean and parasitical act. Which it is—like, other people create a thing and you make an analysis of it. For a long time, I wrote book reviews and poetry reviews for The New York Times Book Review. I really like poetry, and I was in graduate school studying poetry, and I actually decided that it was unethical to write poetry reviews in The New York Times Book Review—not because anybody else shouldn’t, but because if you’re writing about any art form, you should be able to write negative and positive reviews. I personally felt that, since poetry is something that makes the people who are writing it zero money, it’s one person’s creation, and it goes out to a tiny audience, if you give even a mixed review on a huge platform like the New York Times, it’s like crushing a puppy. There is actually a quality of brutality to it that I felt emotionally uncomfortable with.

However, when I started getting interested in TV—and I can tell you specifically when I started getting interested in TV, because it was specifically about Buffy, it was completely Buffy-oriented—the difference was that TV is a mass art form made collaboratively for a mass audience, for tremendous amounts of money, that people look down on and grade on a curve. This is the way I justify writing criticism about it—negative things. It is a way of praising television, in a way. If you love television, expecting it to be good is a form of praise. While criticizing an individual television show might harm the creators of the show, hurt their feelings, upset them, bruise artists’ egos, and all that kind of thing, to me it actually is a way of engaging in television and saying that I love television to the point that I don’t expect it to be garbage—I actually expect it to be exciting and challenging and funny and original, to do new things with this form.