I found something that made me feel less socially anxious: empathy.

Friday Playlist: Happy When It Rains 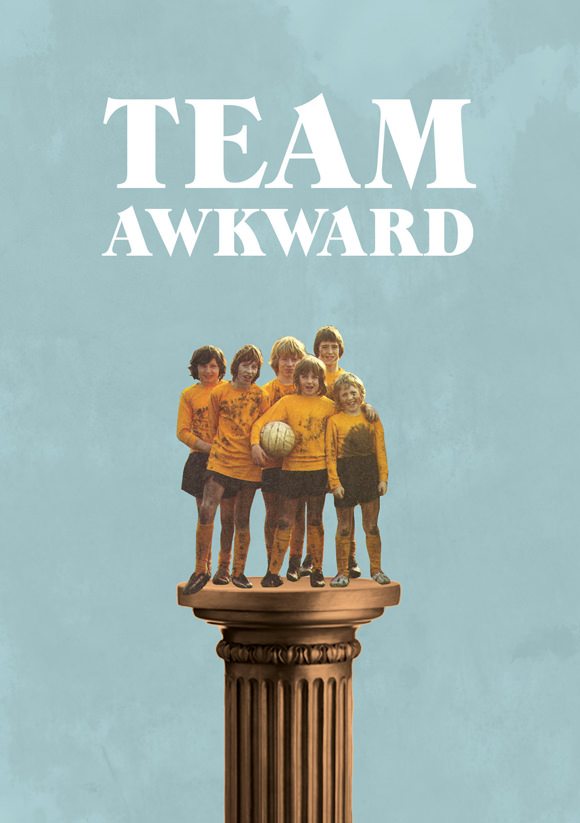 There was a time when, if asked to describe myself, I just said “awkward.” At the checkout line at the drugstore, I’d get anxious about having to make small talk with the cashier—if I failed, would she think I was rude? If I spotted an acquaintance out and about, I would immediately look the other way and studiously avoid eye contact. Elevators made me nervous, because what if some stranger expected me to talk to them?

Growing up, I spent a lot of time telling myself that I was way too awkward to do a lot of things. I could never pull off that sequined tube top! I’m too awkward! I can’t talk to that boy who sits behind me in math class! I’m too awkward! I can never try out for American Idol! I’m just sooo awkward. (Also, I can’t sing). This insecurity came partly from facts, like how I’ve always been shy around people I don’t know, but there was also a good amount of untrue self-talk going on—I told myself I wasn’t attractive, that all of my peers were cooler than me, that I didn’t have much to add to any given social situation, and that everything I said was unnecessary or stupid. I was scared of trying too hard and being annoying. I was scared of taking up too much space. I was constantly self-conscious and never comfortable around people.

Early in high school, I had a lot of free time, a chunk of which I spent googling “Why am I so awkward?” (The results, for the most part, were unhelpful.) I felt like some people were born with this innate gift to make other people comfortable, while I just spoke in convoluted sentences that conveyed maybe a quarter of what I was really thinking.

This may all seem surprising given that nowadays I have a reputation for having the ability to not only remember people’s names, but also to bestow upon them flattering yet hilarious nicknames such as Honey Punches of Throats (for my tough friends) or RiRi (for the pop sensation Rihanna—OK, I can’t actually take credit for that one). I’m the glitter glue that holds people together! And if that’s not entirely true, I’m getting there. What knocked me out of my insecure bubble was realizing that I wasn’t alone in there.

High school is weird because there’s pressure to feel like you’re finally grown up, but no one really knows what they’re doing. Have you ever searched “I’m awkward” on Twitter? There are like 14 new tweets with that phrase every minute. Practically every person is a nervous wreck cosplaying as a teen. It’s just that some are able to make it seem like they always know how to act or what to say.

The moment I realized that everyone is awkward, I became more confident, even friendlier. A perk of feeling uncomfortable in your own skin is understanding that you can actually bond over this with people who also feel like aliens. I made one of my best friends when we were paired up to work on a group project together in Spanish class, and I broke the proverbial ice by outright saying “Ugh, group projects are awkward!” When she agreed with a sigh of relief, the barrier of discomfort was broken.

Self-consciousness is letting your social weaknesses control you; self-awareness is learning how to control your weaknesses. Once I figured out the difference between being self-conscious and being self-aware, my awkwardness gave me a superpower, also referred to as empathy. After you know what it’s like on the other side, you can become a hero, or at least a better friend.

Notice that someone is left out of a group conversation because it’s mostly inside jokes they know nothing about? Ask them how their day is going (something I adapted from Krista’s excellent advice on making small talk with anyone). Did a person you recognize from school walk into a party looking totally confused and scared? Smile and say hello! Is a stranger nervously hovering on the outskirts of your circle of people? MAKE ROOM FOR THEM. When someone makes me feel good when I’m feeling anxious, I think, Man, how can I help other people feel the way that person made me feel? How can *I* be a beacon of light to my fellow socially anxious sisters around the world?

I didn’t develop those abilities overnight, and there are days when I feel like I’m still in my not-so-suave phase. I try to remind myself to freak out a little less about how people perceive me and focus, at least somewhat, on how I can help put them at ease. It makes talking to people more fun, and a lot less awkward. ♦