Plus moon discoveries, a Hole reunion, and a stunning essay about race.

Sunday Comic: The Best Song Ever #19 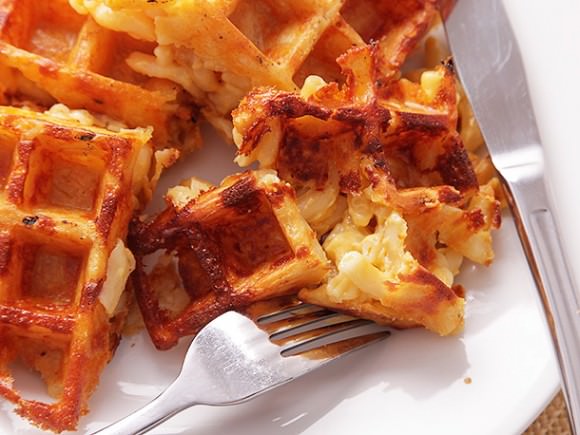 I haven’t eaten almost any meat at all for the past four months, and, you guys? It sucks so bad. I miss cheeseburgers, hot dalgs, and the world’s best food, meatloaf—which unfortunately has “meat” right in its NAME, thus preventing me from ignoring the reality of the situation if I attempt to sneak it without picturing a cow with tears in her big old eyes. Ugh, pass the MorningStar.

After accepting these new parameters on my snacking life, I’ve been delighting in whatever greasy, perfect, disgust-o-max foods I can get my hands on without weeping-bovine visions marring the experience. Enter the macaroni and cheese waffles pioneered by Serious Eats this week.
WHO HAS A WAFFLE IRON I CAN BORROW? I FEEL LIKE MAYBE GABBY MIGHT? Forget cheeseburgers—I’ve discovered a new ideal edible in these stunners.

The always-amazing Ta-Nehisi Coates wrote a wondrous piece about the divisions between black culture and “a culture of poverty”. It breaks into a few different parts that comprise a dynamic and staggering whole, which kind of reminded me of an orchid plant: It has a few reasonably sized, pretty flowers…and then that one crowning bloom at the front that’s bigger, veinier, and more shot through with life than all the others, beautiful, veiny and shot through with life though they might be. But they’re all a natural piece of the same thing.

The king–orchid blossom in this piece is Coates’ gorgeous mid-essay throwing-down-of-the-gauntlet about how African-American culture is not only inextricable from straight-up American culture, but its unparalleled enabler, and that to see America on the whole trying to “help” black people over the years (by doing basic shit like NOT ENSLAVING THEM!) is a mistake:

“You don’t stick a knife in a man’s back nine inches,” said Malcolm X, “and then pull it out six inches and say you’re making progress.”

The notion that black America’s long bloody journey was accomplished through frequent alliance with the United States is an assailant’s-eye view of history. It takes no note of the fact that in 1860, most of this country’s exports were derived from the forced labor of the people it was “allied” with. It takes no note of this country electing senators who, on the Senate floor, openly advocated domestic terrorism. It takes no note of what it means for a country to tolerate the majority of the people living in a state like Mississippi being denied the right to vote. It takes no note of what it means to exclude black people from the housing programs, from the GI Bills, that built the American middle class. Effectively it takes no serious note of African-American history, and thus no serious note of American history.

Anyway, I cried; I died; I couldn’t wait to show it to you guys. The ending paragraph, boy, that’s what writing is FOR. Enjoy it, as I know you will.
Laia

Fiona Apple made an appearance on a French superhero show. I told you how excited I was about this a few weeks ago, and it’s better than I possibly could have expected—even though I understand close to ZERO of the plot. From what I can tell, she explodes a nuclear power plant with her flower power and grows Medusa-like tentacles that threaten the city of Paris, but is defeated when some Viking woman makes out with the scrawny superhero which I don’t get at all? I guess she’s supposed to be a villain, but she looks like a hero to me: Since when do we need to save nuclear plants from nature?! 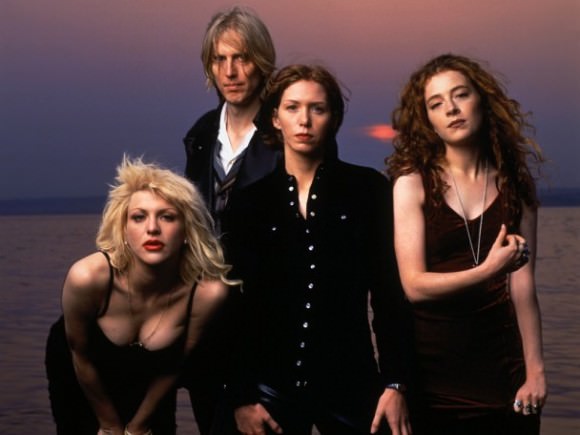 What once was (and will be again). Photo of Hole via Stereogum.

Super-exciting news: Courtney Love is reuniting with the classic line-up of her band, Hole—Eric Erlandson, Melissa Auf der Maur, and Patty Schemel—and they’re planning to record new material and play a series of shows. I pray to all that is beautiful and holy in the world that Courtney does not piss everyone off, they put out a record that’s actually GOOD, and go on tour so that I may live all my teenage fantasies IRL. COURTNEY, I’M COUNTING ON YOU! LET’S MAKE THIS HAPPEN!!
Caitlin D. 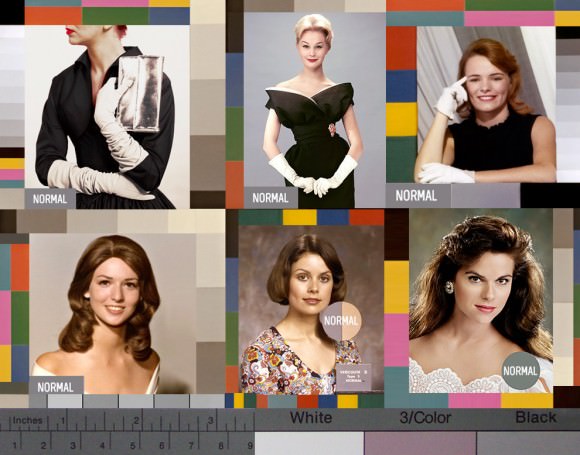 Collage by John Gara for BuzzFeed.

In this lyrical essay, photographer Syreeta McFadden examines the racism that has been programmed into photographic equipment over the years. The problem that may have started with reference cards used by developers that took an alabaster-skinned model as their “normal” for judging contrast. Sadly, digital photography carries a lot of the same bias as its predecessors. Hopefully articles like this one will draw attention to discrepancy and empower new generations of photogs to see the discrimination and (color) correct it. 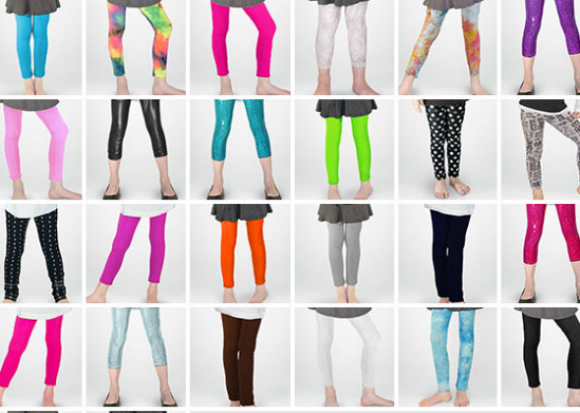 Collage by Berryjane via Slate.

At Haven Middle School in Evanston, Illinois, girls were told they couldn’t wear leggings to class because they were “distracting to boys,” so they staged an awesome mass protest and all wore their fave stretchy pants to school on the same day. This week one of the protest’s organizers, 13-year-old Sophie Hasty, was interviewed by Slate about the battle for her peers to be able to dress how they like, regardless of immature male posturing. School administrators have yet to change their tune regarding leggings logic, but because of media-savvy activists like Sophie, this fight seems far from over.
Rose 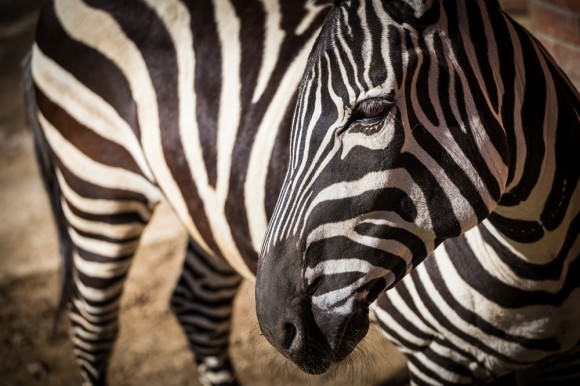 When I was little, my dad often read me Rudyard Kipling’s Just So Stories, Anglicized/fictionalized versions of origin myths from Africa and India that explained things like how the elephant got its trunk. This week, science wrote a new Just So story: This study explains the biology behind how zebras got their fancy stripes. Apparently those bands of black and white not only look fly, they repel flies! Thanks for writing me that pun, nature!!! 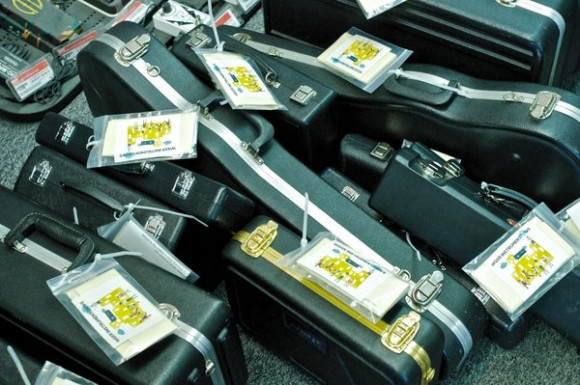 A stack of instruments being donated to kids. The world is an OK place. Photo by Stephanie Black via the New York Times.

A music critic for the New York Times (who, full disclosure, is my friend Zach) wrote this touching and generous essay about giving away his beloved cello. After watching it collect dust in his closet for the last 10 years, he decided to donate it through the classical radio station WQXR‘s contribution drive, which brings much-needed supplies to cash-strapped public schools.

Zach beautifully describes why it’s so hard to let go, even through he’s left his performance career behind him long ago: “These instruments become vessels for so much of our time, energy, care, anxiety and joy. To give them away is to admit that there are parts of our lives that are over. For many of us, it is to say goodbye to our childhoods.” So cool that his cello will someone else the chance to feel that joy, too. 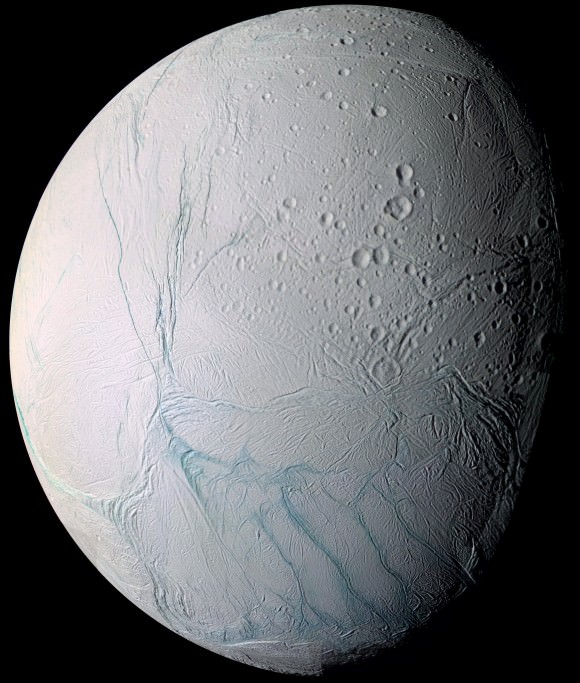 Is there life on Saturn (or one of its moons, anyway)? Photo by NASA via the New York Times.

Enceladus, one of Saturn’s tiny li’l moons, may have extra-terrestrial life buried beneath its frozen crust. After images taken by NASA’s Cassini spacecraft showed geysers of ice crystals erupting from its surface, measurements of the moon’s gravitational pull suggest that what scientists had long hypothesized: There’s probably a tremendously large sea of liquid water 20 miles under the icy surface. There’s a lot that we still don’t know, but it’s pretty rad that we’ve discovered another place in our solar system that contains all the essential ingredients for life as we know it: liquid water, nitrogen, energy, carbon, and nitrogen.
Jessica 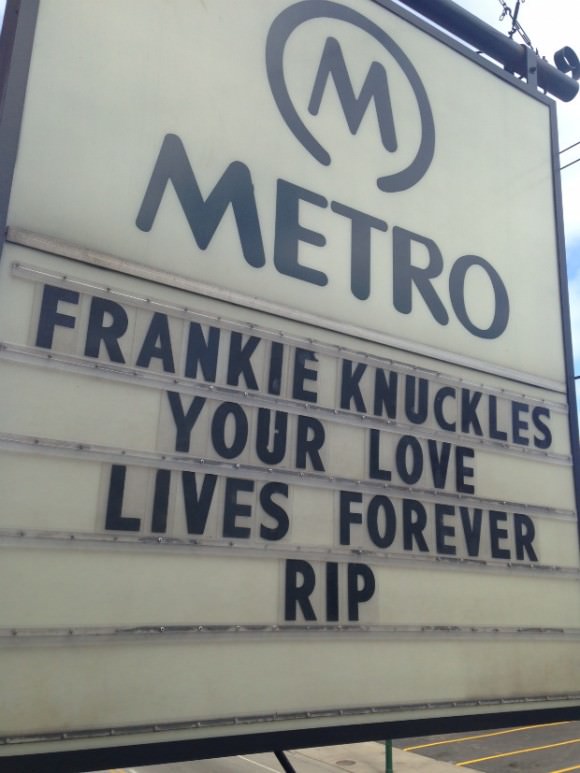 A bar in Chicago remembers the DJ Frankie Knuckles. Photo by Noisey.

You’ve surely heard house music in your lifetime—or, at the very least, EDM, or Beyoncé remixes influenced by it. If you’ve ever lived or spent time in Chicago, you know it’s the summertime pulse and unifying sound of the city. The sound of 2 A.M., and catching a cab home as the sunrise is upon the streets and you are stumbling out of a warehouse, where time was nothing, night was eternal and house music was the only truth. Of all the broken and sad things about Chicago (historically and lately), the one thing it has always gotten right (and felt like a corrective) was house music. The 808s worked to a place of pure love and raw humanity, so you could grind, scream, and repair through dancing and have the thunderous sub-bass shake all the bad vibes in your mind loose.

House music is joy and purity of pleasure, was the freedom I could count on in the darkest of times, in times where I rolled up to the basement of Smart Bar, one venue that r alone, cried while I danced, and went home feeling righted. And that is why I had tears running down my cheeks when I got to the following line of this obituary for the DJ and producer Frankie Knuckles, the Godfather of House Music, by the staff of the club that was his home: “How do you thank someone for giving you a gift like house music?”

Frankie Knuckles was a pioneer, who started out in the disco-era members-only gay clubs in Chicago, and went on to work with Michael Jackson and other pop stars. Citing who and what genres he influenced sounds hyperbolic, but this extensive remembrance at Rolling Stone shows how you can hear what he did as a DJ and a producer in so many facets of electronic and dance music that have come after him. They also post some classic vintage sets that attest to the magnitude of his greatness. Rest in power, Frankie Knuckles.
Estelle 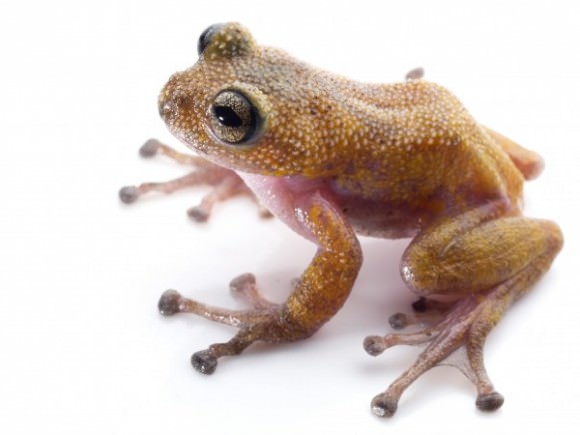 This frog = my spring style inspiration. Photo by Jodi Rowley via National Geographic.

Scientists have found a new species of frog in the mountains of Vietnam called the thorny tree frog. Awww, isn’t he cute?! The reason I’ve specified “he” here is that this picture shows a male, who are differentiated from the species’ females by their spikes, which are made of keratin (the same stuff in our nails and hair). At mating time, these spikes get bigger—possibly so females can identify potential beaux easily. Can you imagine using the pick-up line, “Do you have nails all over your skin or are you just HAPPY TO SEE ME?” Hee.
Stephanie

I always get psyched for “Support Teen Literature Day,” which falls on Thursday, April 17th this year. A rad organization called Readergirlz has been making Teen Literature Day even more amazing since 2008, when they started Operation Teen Book Drop, which is all about getting good books into the hands of teens.the details for this year’s book drop on April 17th, including printable bookplates and more information about the seven charities they are encouraging you to support this year.

In the past, they’ve partnered with YALSA and other organizations to get thousands of books into pediatric hospitals and tribal libraries as well raises money for literacy organizations that support kids and teens. They encourage EVERYONE to “rock the drop” and leave a beloved book in public places like bus stops and park benches, snap a photo, and share the drop on social media. ♦