Including a remembrance of Gabriel García Márquez, a new Charli XCX jam, a Peep exploding in a microwave, and more!

I’m craving Charli XCX’s new album, so any part of it that trickles out in advance immediately becomes my life-blood. This cute and sparky song, “Boom Clap,” is just about enough for now. 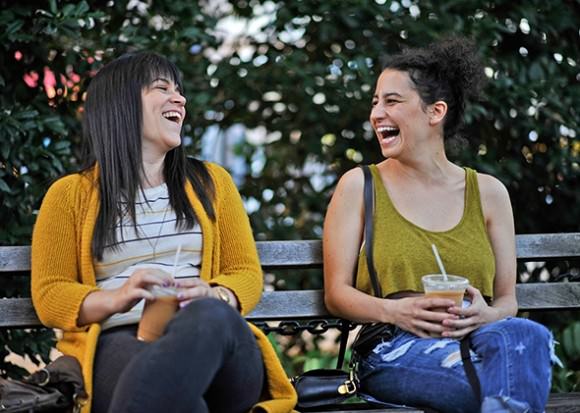 Abbi and Ilana, our favoritest girls. Still from Broad City via Slate.

Another thing I love: BROAD CITY, for every reason Ann Friedman explains in this essay about the show. I’ve been trying to get literally everyone I know to watch it.
Stephanie 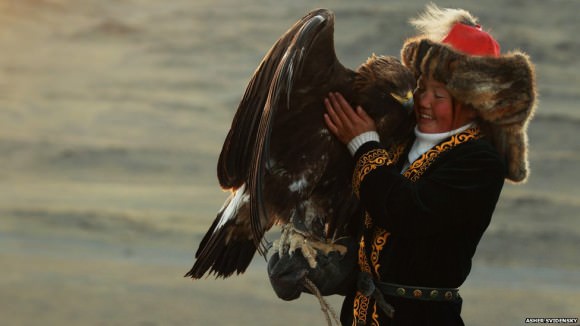 Our hearts are never gonna be the same. Photo by Asher Svidensky via BBC News

Here’s a gorgeous and absolutely amazing story about a 13-year-old Mongolian girl, Ashol-Pan, hunting with a golden eagle. The Kazakhs are the only people who hunt with golden eagles, which has been a male-only activity for 2,000 years. She is almost certainly the only huntress-apprentice in Mongolia, and she could be the only girl on earth doing this, which is seriously badass! 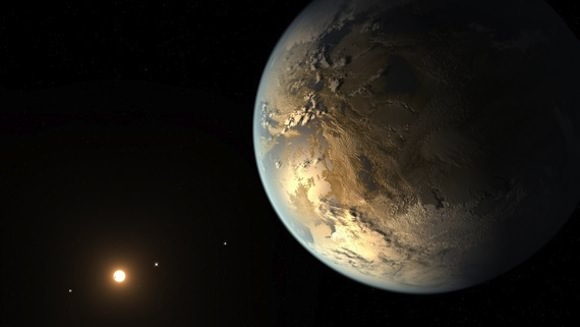 An artist’s depiction of what Earth’s newest doppelgänger might look like by NASA Ames/SETI Institute/JPL-Caltech via the Atlantic.

Since I’ve long been addicted to alien-centric shows Star Trek: The Next Generation, E.T., and The X-Files, I feel like I’ve been waiting for news like this my entire life: Scientists have discovered a planet that is like Earth’s first cousin!!! Kepler-186f is 500 light years away, but, apparently, it’s like the “Goldilocks” of planets: just the right distance from its (slightly cooler) star to support life! They don’t know if it actually can, and have to do some serious research in order to figure that out, like determining if the planet even has an atmosphere. However, apparently even if Kepler-186f doesn’t support life, there are a lot of potential cousin planets out there, so we really may not be alone in the universe. I want to believe, you guys!

Rookie’s own Jessica wrote an amazing oral history of the 1994 Hole album Live Through This for SPIN. The band members, the album’s producers, and other music industry people give her the full story behind making LTT, and it’s almost as amazing as the music itself.
Anna F.

ORANGE IS THE NEW BLACK IS COMING BACK! Season two of the Netflix series airs June 6, and this week a trailer was released. It doesn’t actually reveal a whole lot of what’s going to happen, story-wise, but it still got me really excited. (I believe trailers to be LTBTE: They’re all amazing montages of peak moments set to climactic music.) Here’s hoping my favorite character, Suzanne, gets her own plot line this season.
Amy Rose 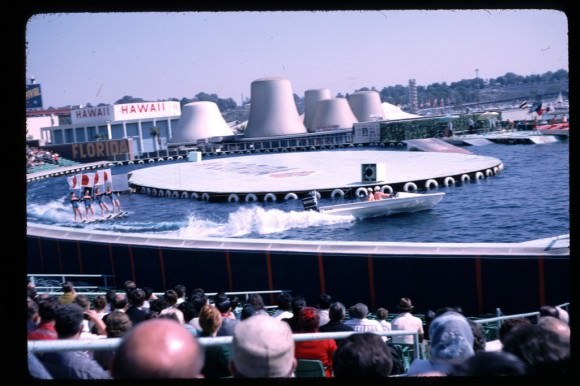 Water-based wonderment at the 1964 World’s Fair. Reader-submitted photo via the New York Times.

I laughed and cried and clapped my hand over my mouth in wonder as I read, and looked at the pictures in, this retrospective about the 1964 World’s Fair in Queens, New York, as told by its attendees. 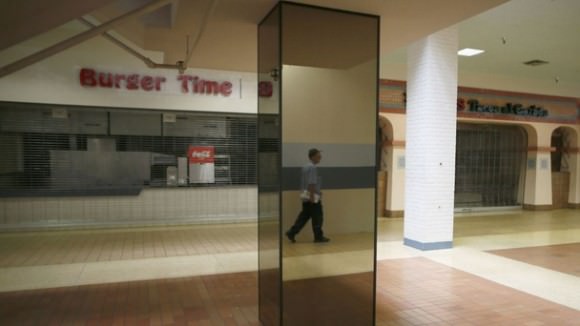 A mall on its last legs. Photo by Lucy Nicholson/Reuters via the Atlantic.

According to a new study, teenagers are going to the mall less and less. Apparently, it’s because young people are now more interested in “experiences,” like eating at restaurants, than new clothes. This trend is contributing to the phenomenon known as “dead malls,” which are the malls that slowly go exctinct as their main stores close down.

Personally, I find malls to be incredibly soothing and inspirational places to hang. Where else will can you go to soak up the fragrance of Cinnabon and test out lip gloss samples on a rainy day?! A PSA to the teens of America: I urge you to flock to your local mall! We cannot just let these bright beacons of retail fade away! Or…keep NOT going to the mall, because capitalism is evil! I don’t know! Decide for yourselves! 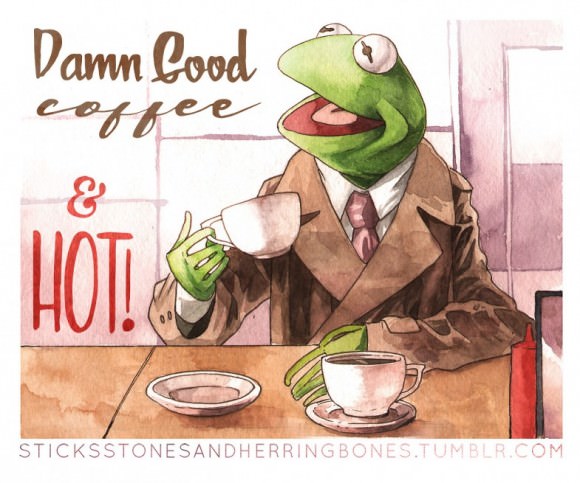 I love these paintings of Muppets as Twin Peaks characters by Justin DeVine, but I think I love this 1991 clip of Sesame Street’s “Twin Beaks,” which I also discovered this week, even more.

The best Coachella look is french toast remnants all over yr face while not appropriating any other cultures.

Surprisingly, the restaurant chain Denny’s had the best, most concise commentary on people wearing culturally appropriative clothing at Coachella.
Monika 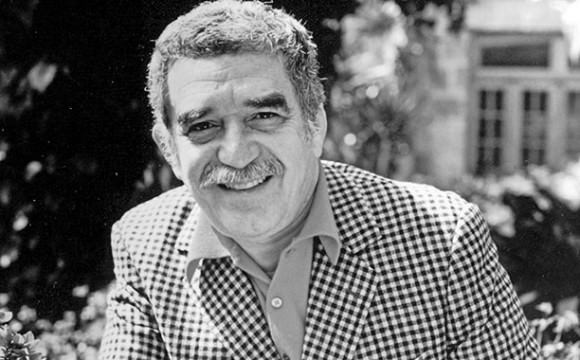 One of my most beloved writers, Gabriel García Márquez, passed away on Thursday. He was a Nobel Prize winner, a journalist, and a father. To be honest, I don’t know, or need to know, much about his personal life. What I know is that he was a writer who could put a sentence like this on the page:

Úrsula, almost blind at the time, was the only person who was sufficiently calm to identify the nature of that determined wind and she left the sheets to the mercy of the light as she watched Remedios the Beauty waving goodbye in the midst of the flapping sheets that rose up with her, abandoning with her the environment of beetles and dahlias and passing through the air with her as four o’clock in the afternoon came to an end, and they were lost forever with her in the upper atmosphere where not even the highest-flying birds of memory could reach her.

This is a scene from One Hundred Years of Solitude, Marquez’s most famous book. In it, Remedios the Beauty, a young girl living with the main family in the book, ascends into the sky without warning or ceremony, never to return again. This is the most famous example of Marquez’s magical realism. He put the supernatural into the everyday, and wrote as though speaking with the dead, or ascending into heaven as you’re doing your chores, is NBD.

His characters are fallen politicians, soldiers, beautiful girls, sinful priests, and family ghosts, and his stories are filled with love of all kinds. Love in the Time of Cholera is about an unrequited affair that stretches over several decades. The book’s first lines: “It was inevitable: the scent of bitter almonds always reminded him of the fate of unrequited love.” For a long time, whenever I liked someone, I thought of those first lines.

Our love for our favorite writers is always unrequited, because we don’t know them, or can’t know the impulses that created our favorite books, or the solitary hours that went into writing them (for Marquez: nine to two-thirty, when his sons came home from school). We just have to read all of them that we can—and appreciate that we can also take in interviews with Márquez, like this beautiful one that he gave to the Paris Review in 1987.

RuPaul and the producers of RuPaul’s Drag Race issued an apology for using transphobic language after a massive outpouring of outrage when the show aired a segment called “Female or She-Male.” “We have heard the concerns around this segment,” they wrote in part. “We are committed to sharing a diverse range of trans stories across all of our screens and look forward to featuring positive and groundbreaking stories of trans people in the future.”

I love the show so much, but its use of transphobic language has always bothered and confused me, particularly because it is a show that, in the past, has featured trans contestants like Monica Beverly Hillz and Carmen Carrera—both of whom expressed their anger at the show—as well as trans judges such as Chaz Bono. Their apology was the right thing to do—it also admitted that they were “newly sensitized” to these issues—and I’m glad they did it. Trans acceptance is one of the last frontiers of civil rights in the United States, and language is very powerful.
Estelle

Tomorrow is Easter, so it’s peak Peep time. Have you ever wondered what else these chicks could be good for, besides going in your mouth? Turns out, Peeps are really fun to do science experiments on: Watch as a li’l Peep expands in a vacuum and then collapses into a wrinkled pile of sugar.

One of Rookie’s Grown Men, Jon Hamm, decided to help out Sesame Street by demonstrating some emotions. Aw, Jon!

A new website created by Harry Potter fans has launched, and it makes it possible for Muggles to go to Hogwarts! You can sign up for a “house,” earn house points, collect chocolate frog cards, and, uh, do homework assignments. Rumor has it those assignments are HARD. Go Hufflepuff!
Britney F.

Veruca Salt’s original record label is releasing one of their singles for Record Store Day today. If that weren’t great enough, they’re reunited, ready to tour, and armed with some new songs.
Caitlin D. 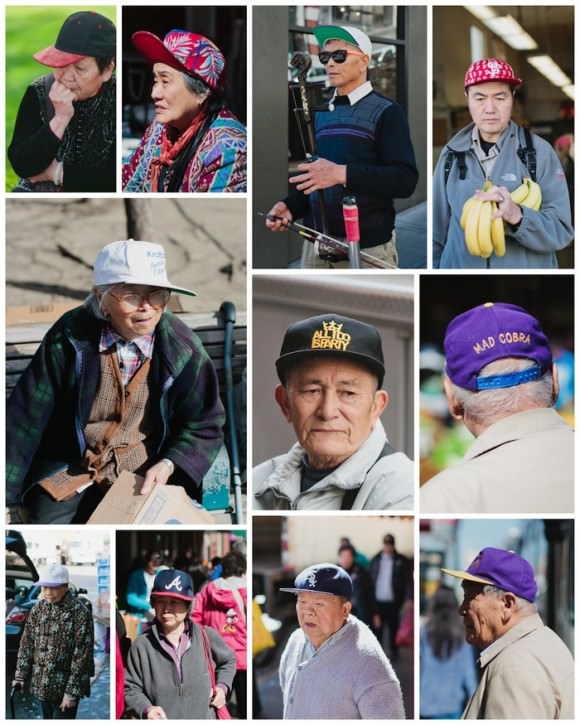 A group of be-snapbacked oldsters styling on EVERYONE. Photo by Chinatown Sartorialist.

Never fret about getting old, superstars. With senior citizen status comes the right, nay, the duty to pile on as many prints as possible, a fashion bonanza that must make each morning’s trip to one’s closet a Technicolor dream. Play your cards right and one day you may well be one of the snazzy olds snapped and chatted up for this heartwarming street style piece exploring the flair apparent in San Francisco’s Chinatown. Make sure you read the interviews for important style wisdom and thoughts on feeling fedoras in one’s heart. ♦