Plus a tribute to Marina Keegan, the cutest pig on Instagram, and the ever-wonderful Tilda Swinton.

From left to right: Kim Gordon, Joan Jett, Annie Clark, and Lorde, who each stood in for Kurt Cobain at Nirvana’s Rock and Roll Hall of Fame induction. Photo by Getty Images via Stereogum.

Nirvana’s Rock and Roll Hall of Fame performance was fronted by four amazing female musicians: Joan Jett (who sang “Smells Like Teen Spirit“), Kim Gordon (“Aneurysm“), Annie Clark of St. Vincent (“Lithium“), and Lorde (closing it out with “All Apologies“). Kurt Cobain is irreplaceable to me, but this choice was the best, and, really, the only way to honor a man who once said, “I like the comfort in knowing that women are the only future of rock & roll.”

Other things that moved this Nirvana (and Hole) fan to tears: Michael Stipe of R.E.M.’s stirring induction of the Nirvana to the Hall of Fame, and Courtney Love and Dave Grohl burying the hatchet after two decades of ugly feuding. 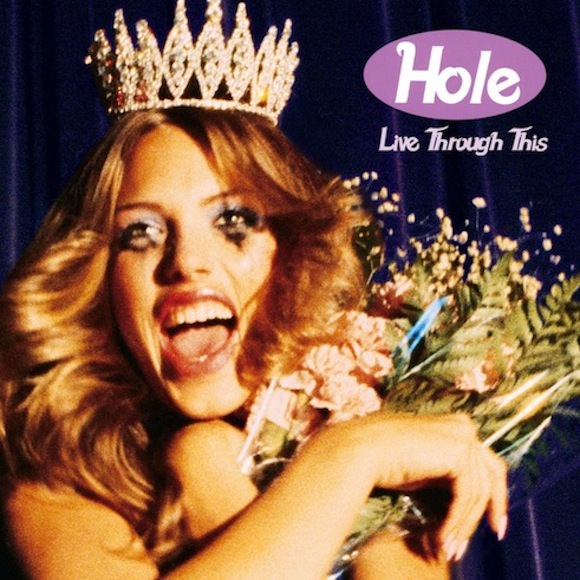 In EVEN MORE Courtney Love news: Flavorwire invited a team of amazing feminist musicians and music writers to speak about each song on Hole’s Live Through This in honor of the album’s 20th anniversary. Rookie’s own Julianne gives incredible insight into “Doll Parts,” one of Hole’s best, and best-known, songs. 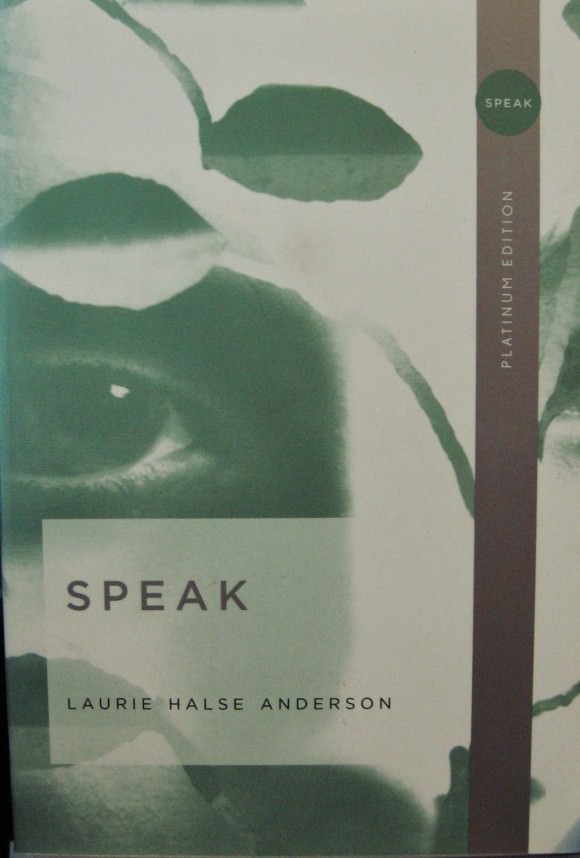 Laurie Halse Anderson, the author of the YA novel Speak, gave an incredible interview in honor of the 15th anniversary of the book’s publication. The interview covers the process of getting Speak out into the world, writing what she calls “resilience lit,” and how she thinks new media can shake up male-dominated literary culture.

Speak is about a girl who nearly stops speaking altogether after being assaulted at a party the summer before her freshman year of high school; in honor of Sexual Assault Awareness month, Laurie and the Rape Abuse and Incest National Network are also promoting #Speak4RAINN15, a campaign that raises money for survivors of sexual violence.
Hazel 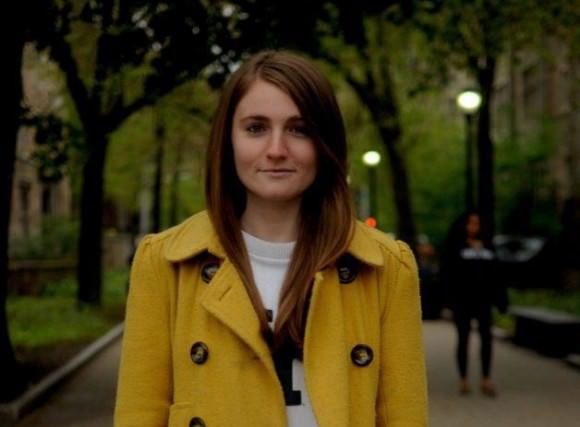 Rest in peace, Marina. Photo by Joy Sun via the Yale Daily News.

Two years ago, Marina Keegan wrote an essay for the Yale Daily News titled “The Opposite of Loneliness.” It was a beautiful meditation on the family she found at school and her excitement about the future: “We don’t have a word for the opposite of loneliness,” the piece begins, “but if we did, I could say that’s what I want in life.”

Two weeks after her graduation, Keegan was killed in a car crash. She left behind a hugely varied body of brilliant work, including humorous short stories and opinionated essays criticizing Wall Street. In Alice Gregory’s terribly sad, but honest, review of the posthumous collection of Marina Keegan’s work, released this week, Gregory writes, “It’s just so obvious that Keegan would have been—would have continued to be—a star. She would have been famous, not quietly or vaguely, but really, really famous.” And in an essay for New York magazine, Kevin Roose, who knew Keegan, praised her strengths: “Nowhere in her work, even while assessing juvenilia, did Marina even remotely seem like she was still using training wheels…she wasn’t just college-talented; she was talented, period.”

As Keegan wrote in “The Opposite of Loneliness”: “We’re so young. We can’t, we MUST not, lose this sense of possibility, because in the end, it’s all we have.” It’s so difficult to read those words now and not cry, but I couldn’t be more glad that she wrote them. I don’t think anyone could really be THE voice of my generation, but I know for sure that Marina Keegan was one of them.

A still from the new film We Are the Best! via BAM.

If you live in NYC, you need to swing by BAM’s Punk Rock Girls film series, which begins next month! It’s inspired by the new Lukas Moodysson film We Are the Best! which focuses on a group of Swedish tween girls who start their own punk band in the 1980s. The movie is all about finding your voice as a teenage girl, dealing with musical mansplainers, and forging friendships through punk rock. BAM’s monthlong lineup includes classics like Ladies and Gentleman, the Fabulous Stains and Josie and the Pussycats, plus lesser-known shorts like the Richard Kern–directed You Killed Me First. BRB, buying tickets to EVERY SCREENING!
Arabelle 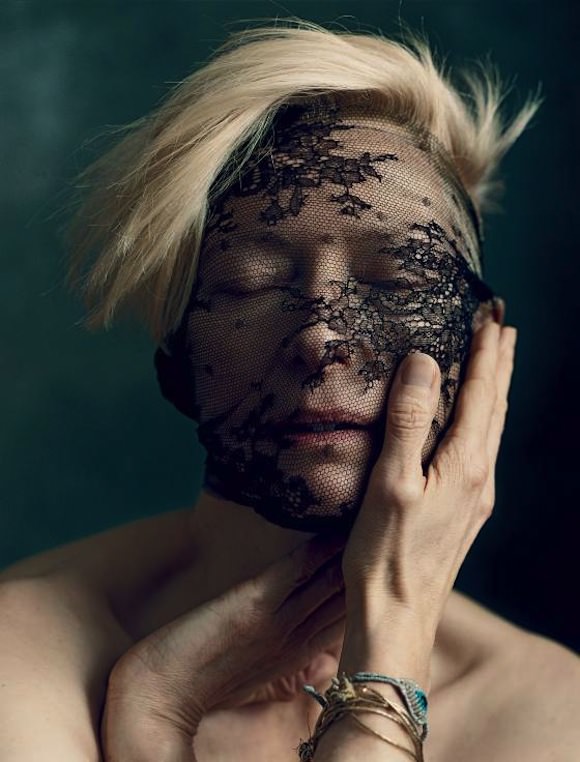 This profile of Tilda Swinton confirms that she has to be an alien goddess from a future universe—there’s no other way she could be so perfect and interesting and great. I’m always inspired by her kindness toward her friends and her resolute individuality.
Estelle 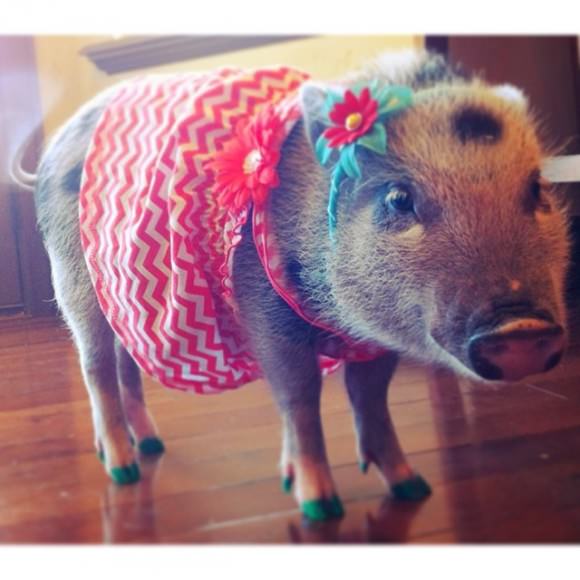 Basically all the accounts I follow on Instagram are cute-dog accounts, but my new favorite Instagrammer is an adorable one-year-old pig named Penny Popcorn. Her huge wardrobe includes floral headbands, dresses, sunglasses, and tiny little sweaters. She also gets manicures????? I love you, Penny.
Rose

The director of 2010’s Uncle Boonmee Who Can Recall His Past Lives, Apichatpong Weerasethakul, made a hypnotizing short film about a laborer working construction in the United Arab Emirates. I love how the sound design and the visuals work together to draw you into this lonesome day dream.

Important sea monster news! While visiting the Sea of Cortés in Mexico, a group of tourists spotted a pair of huge-ass oarfish swimming around in the shallows. It’s incredibly rare to see these dudes hanging out in the wild, since they much prefer the dark waters of the deep ocean. Watch until the end of the video above to get an awesomely clear view of these silvery princes’ flat faces and feathery red mohawks.
Emma S. 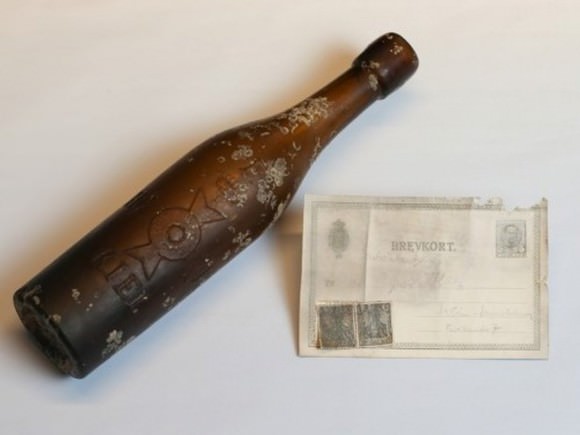 I’ll send an S.O.S. to the world. Photo courtesy of the International Maritime Museum of Hamburg via NPR.

I have always wanted to find/send more secret communiqués, and the recent discovery of a hundred-year-old message in a bottle gives me hope. Who cares if most of it was illegible?? ♦