Why do I feel lost when I talk to the supportive, loving people who raised me?

Down by the Sea 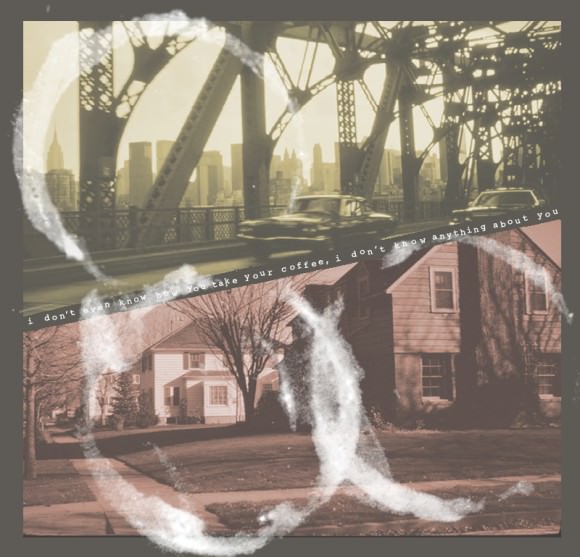 The last time I saw my dad cry was over a cup of Dunkin’ Donuts coffee. It was only the third time he’d broken down in front of me; the other two were at the funerals of his mother and his father, where his face crumpled and I saw tears fall from his eyes. But this time was different: This was a loud, full-bodied sob. And this time, I was the cause. I sat behind him in the car, stunned, unable to process that the most stoic, old-fashioned man I had ever met suddenly seemed so vulnerable.

We were in Georgia, where my parents had moved after I went off to college. I was home for the summer, but this home was one I’d never lived in. I’d grown used to flexing my newfound freedom in New York, and was frustrated at the regression to childlike dependence on them, especially in terms of mobility—I couldn’t go anywhere I wanted, not having my own car. So there I was, sitting in the backseat of my parents’ car on the way to a family event that I wasn’t allowed to opt out of, feeling like a cranky 12-year-old. I made no secret of the fact that I’d rather be hundreds of miles north, at school—or at least alone in a dark room on my laptop, messaging friends who were surely having more fun. Just a few minutes into the drive, my mom and I were already fighting about my attitude when my dad pulled off to grab some coffee, leaving the two of us to go at it.

Unlike my mother, my dad is not the type who wades willingly into confrontation. But when he got back in the car to find me still complaining about having to hang out with them for an entire afternoon, he lost it. “I don’t even know how you take your coffee,” he said. “I don’t know anything about you.”

Then we were all crying. When we calmed down, my dad explained through sniffles that my grandfather—an Italian baker who spoke in broken English, and whom I’d known almost nothing about, thanks to the language barrier and his deeply private nature—had never shown much interest in his son’s emotional life, never cared about his hopes, dreams, or fears, and passed away with little personal knowledge of his own eldest child, let alone his grandchildren. (He died just before I turned 18.) My dad didn’t want us to end up the same way. I didn’t, either.

It’s been five years since that first (and still, so far, only) real heart-to-heart. I wish I could say it had a dramatic effect on my relationships with my parents, that it tore down the walls between my dad and me, and that the three of us are all best friends now. But the truth is, although we’ve taken some small steps in that direction—I know, for example, that they keep up with my writing these days, though I don’t know what they think of it—I’m still mostly a mystery to the people responsible for my existence, and their inner lives are as unknown to me. We love one another and try to express that to the best of our abilities. They’re proud, supportive, and wise when I ask for advice—my dad is especially good about work stuff, like how to negotiate raises and such—and they give me the space I need to be my own person. My parents are healthy, successful, still happily married, and hardworking. I’m exceedingly lucky to have such a well-adjusted, happy immediate family. But when I’m with them, I still feel lost.

My parents both grew up in immigrant households (my dad is from Italy, and came to the U.S. as a kid, while my mom is a first-generation Dominican-American). They were, from what I’ve gathered, gruff and strict homes, where feelings were largely suppressed, except through occasional angry outbursts from their fathers. I guess my own preference for solitude and stoicism may be in my blood, passed down from my grandparents. It definitely didn’t come from my parents, who have tried to make our family different from the ones they grew up in, encouraging us to talk to one another about our lives. Despite their sincere encouragement, I never talked to them about friends, girls, or my writing. My father, in turn, never really shared anything personal with me—we mostly talked about baseball. And when my mother tried to pry things out of me, I recoiled.

They can at least boast of one success story: my younger sister, who could not be closer with them. She and I live in the same city, but our ties to home are completely different. I rarely talk to my parents, while she calls them almost every day. They could probably name, like, three of my friends; she tells them everything about her social life. I rarely visit them; she goes home every chance she gets. I feel a little guilty admitting that I feel zero jealousy over her relationship with them. After all, I chose my own outsider status. I could easily call them more often; I just prefer not to. I know they all wish I would try a little harder. And I know that I “should,” because it would make them feel happier—and I do care about their happiness—and me less guilty. The prospect is just emotionally daunting. I don’t even know where I’d start.

I’m very grateful to my parents for all they’ve taught me over the years. From my mom, a former professional ballet dancer turned yoga instructor and personal trainer, I’ve learned compassion and emotional balance. My level-headed dad, who was a baker by trade but became a high-level sales manager, has imparted endless lessons about leadership and loyalty. (I also got his scrawny chicken legs.) So I’m not scared that I’ll turn out like them. The problem is that I know I won’t.

My dad ran a pizzeria and sold cars to make sure we were taken care of. Neither spoke English as a first language, and neither graduated from college. As far as I know, neither has anything more than a passing knowledge of the political issues I’m interested in and the kinds of culture I like to consume and think about. It may seem superficial, but from a young age, my interest in reading and writing, and my decision to pursue a career that included those things, set me apart from the rest of my family. I know that I can afford to be a dreamer and to pursue an uncertain career as a writer only because, if they had such dreams, they set them aside to raise me and my sister in a stable suburban environment. They married young and put everything they had toward providing us with opportunities they never had. But I zoom past the age when they started creating that life together, I find it almost impossible to relate to their idea of happiness. I can’t remember the last time I saw either of my parents express excitement about something outside the family sphere—something that was totally their own.

When I was in high school, a close friend’s dad seemed to recognize my budding curiosity about and appreciation for books and music. He played me records, loaned me novels he thought I’d like, and showed me movies I’d never heard of. This was the cultural education I never got from my parents, and I admit that I resented them for it. I envied kids whose parents had graduated from Ivy League colleges and read the newspaper, discussed current events, and maybe even taught at a university or wrote books themselves. Those kids had a head-start toward the kind of life I wanted, while I lagged woefully behind. I know that thinking your parents just don’t understand is totally a normal part of teenage angst, but I’ve never outgrown it.

It’s hard to feel different from (and, I admit, occasionally a bit snobby toward) your parents, especially if, like mine, they helped make you who you are and did an admirable job. I know that the only thing keeping us apart is me. I’d love to hear stories about when they were young, when they were wild and free and maybe had dreams like mine, but I haven’t tried very hard to get them talking. I’ve always imagined that those things would come out eventually on their own—but that’s just me procrastinating, because I’m scared of dismantling the walls I’ve so carefully erected around myself. I’m afraid of giving up my outsider status and being expected to be more like my sister, calling them all the time and being driven around to family events I have no real interest in.

My parents, in turn, never nag me to open up or visit more (though my dad does send a lot of “call your mother” texts). And even though we may not connect on an emotional or intellectual level very often, my mom and dad’s unconditional love is a comfort. Sometimes it’s the little things, like remembering how your kid likes his coffee, that make you feel close. My dad knows now that I take mine with a little milk, no sugar. He knows because he asked. ♦