Or: Why I don’t care where the “cool boys” are hanging out tonight (or any night). 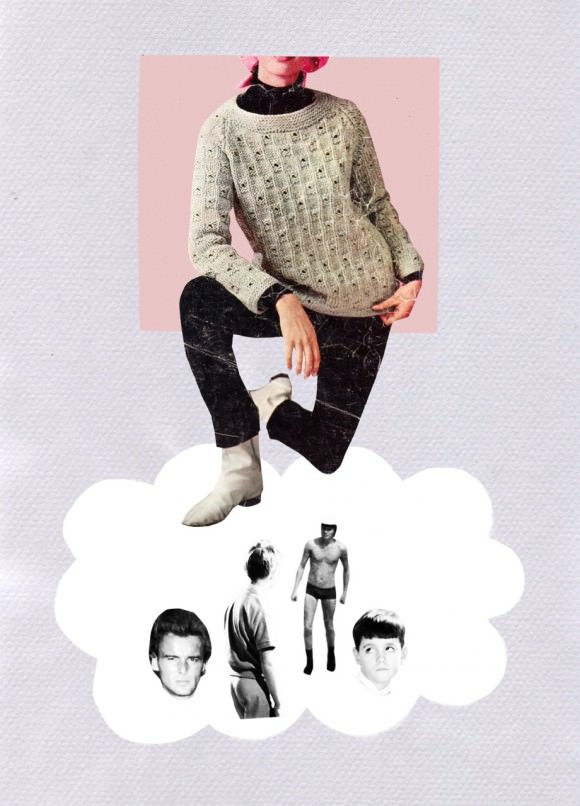 Ever since I started writing for Rookie, I’ve had this fantasy that one day I’d write a piece about how it’s worth it to wait for love, using myself as an example. An excerpt from my imaginary essay:

So, in conclusion, if you ever doubt that it gets better, just look how I turned out! All those years of being chronically underwhelmed by the boys in my town and wondering if there was something fatally wrong with me because I just couldn’t relate to the romantic woes chronicled in Taylor Swift songs didn’t matter. It took me a while to find my really hot yet nonthreatening boyfriend with a heart of gold, but who cares, because hey look at this pic of us looking fun yet elegant while sharing a plate of nachos!

But it’s been two years since I started writing for Rookie, I am now 20 years old, and this mythical boyfriend has still yet to materialize. The lyrics of “We Are Never Getting Back Together” are still a huge mystery to me because I don’t know what it’s like to resent a boy I used to love because I’ve never been in love. My crushes have been brief and never developed into anything meaningful. I’ve never even kissed anyone, not even in a casual way. I still have yet to “bloom” (ew) and, honestly, I don’t even care.

Or, at least not very much. I’ll admit I’ve found myself browsing a Yahoo! Answers page entitled “20 and never been kissed. Am I a loser?” at 2 AM more than once. I don’t like telling people this, because I don’t want them to jump to conclusions. Late bloomers don’t really have the coolest reputation (even though believe or not we are EVERYWHERE—in your schools, your neighborhood parks, your local supermarket!). I’m afraid people will think I’m naïve or uptight or judgmental. Sometimes I get backhanded compliments, e.g., “Whoa, that’s so weird, you’re not even ugly!” Which I guess means I have a bad personality? Which I don’t really want to think about—like, what if I think I’m totally cool talking to some boy, but if I saw video footage of me interacting with him I’d realize I’m actually a huge monster.

So I do care a little, but only when I think about what other people might say about me. Most of the time, I think I’m really awesome. I don’t generally experience FOMO or envy people who have romantic or sexual partners. I used to think that there was a list of experiences you needed to check off before qualifying as a real person. The first thing on the list was kissing, and until I had done at least that I would be banned from Grown ’n’ Sexyville USA (population: cool people who have it all figured out). I’m not a prude (I hate that word—it makes me sound like an elderly person crowing about America’s wayward youth); I admire people who are totally confident about experiencing physical things just to find out what they’re like. Of course, I feel weird sometimes when people around me are talking about sex and I don’t want to call attention to my virginal ways, so I nervously tug at my collar and just kinda nod along, like, “Oh yeah, TOTALLY been there!” But when I finally kiss someone, I want to feel completely compelled and excited to do so, and that has just incidentally not happened yet.

Back in high school, when I’d moan about being “alone forever” (a very silly but very valid thing to feel at the age of 15), a lot of well-meaning adults, like my parents or teachers I was tight with, tried to reassure me by saying things like “Teenage boys have terrible taste!” and “Boys are going to love you in college, just wait!” and (my favorite) “Boys are just intimidated by your beauty!” All of these “helpful” remarks just made me mad—why should I have to make myself less powerful and/or wait around looking “pretty” until some dude with “terrible taste” finally notices me?

Sometimes love and sex do sound like some really rad TV show that everyone is live-tweeting about and I can’t watch because I don’t have cable. I’m psyched to find out what all the fuss is about one day, when I get the chance to watch it. Right now, though, I’m busy and happy with what I’m doing, so I don’t really want to put my life on pause just to accommodate the pursuit of meeting boys. I don’t want to invest hours to scrolling through dating websites or to start picking my activities based on what boys will be present where. I can’t count the number of times I’ll ask a friend to go somewhere with me and she’s like, “Will there be any cool boys there?” I don’t know! I don’t care! Can’t we just do what we want to do, and if “cool boys” happen to be present, that’s like a bonus item you get when you order something off an infomercial? Like, it’s delightful when it incidentally happens, but I’m not going to not order a Perfect Brownie pan for just $19.95 + $7.95 for postage and handling just because no one’s throwing in a free oven mitt.

I don’t hate the idea of love, I just hate everything you’re supposed to do to find it: all the weird guesswork and annoying logistics, the posturing and the texting and the watering down of your personality so as not to scare anyone off. I love my friends, and I get that some of this behavior is caused by nervousness, but I just don’t want that to happen to me. I like being happy and busy. Those also happen to be two qualities I find very attractive in other people. If and when I meet a happy, busy dude at school or at a concert or a party or wherever “cool boys” happen to be when they’re not hanging out in dating apps, and I feel compelled to kiss him and he wants to kiss me too, I’ll know I’ve found something special. But until then, I’m gonna keep working on being the most boss bitch I can be regardless of whether I’ve had a dude’s tongue in my mouth.

Occasionally my friends will be like, “Maybe your standards are too high?” To which I say so what—I don’t think my standards are high, they’re just the right standards for me. Making out with someone I’m not totally into sounds horrible to me! And anyway, it’s not like I don’t have love in my life—I have great, love-filled relationships with my friends and my family. Why are those relationships treated as somehow less important to the project of being a happy, fulfilled adult than romantic love?

Of course, the question “What if I DIE ALONE?” sometimes creeps into my brain. But then I just roll my eyes at myself, because, first of all, everyone dies alone, and second, why is that a bad thing? I find it freeing to consider that I’m the only person I’ll always have in this life. I’ve loved spending the past 20 years getting to know myself, doing whatever I like, beholden to no one. I don’t actually think I’ll never fall in love—in fact, I’m pretty psyched for that to happen at some point. But if I get to spend a bunch more time alone, I’ll consider it a gift. I’m a pretty dope person to hang out with. ♦