Tell Me a Story

Tips to help you put an end to self-doubt and get down to actually writing. 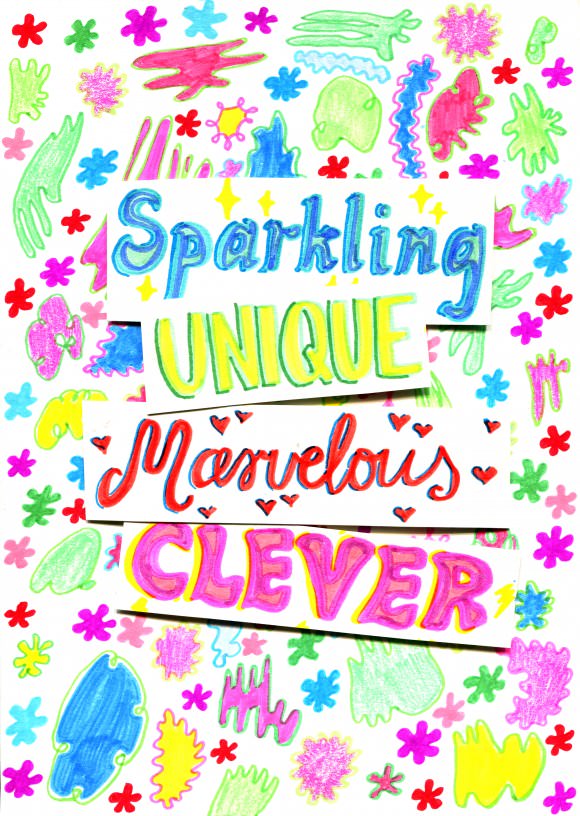 I’ve wanted to be a fiction writer since the second grade, when, upon learning to read, I discovered the Little House series. Its protagonist, Laura Ingalls Wilder, was my hero—she was a brave, mischievous tomboy, while I was the kind of kid who tried to blame my classmates if I got caught doing something bad.

But as I got older, teenage self-consciousness took over my brain, and I found it harder to write the kind of fun stories I had as a kid. My hesitation came partly from the fear that people wouldn’t take my writing seriously. I once listened to a French radio podcast where the guys said something to the effect of “Being a writer in France is like being a doctor or teacher, it’s a normal job. Being a writer in America is like admitting you’re a lunatic. People ask you, ‘No, but what do you really do?’” I never told people I wanted to be a writer.

I’m still figuring out what exactly it is that I “really do,” but now, at least, I know that I’m a writer—or at least that I’m trying to figure out how to be one. This means I spend a lot of time reading articles on the internet like HABITS OF FAMOUS WRITERS, TEN BOOKS YOU MUST READ BEFORE YOU DIE, HERE’S AN OLD TISSUE THAT VIRGINIA WOOLF WIPED HER NOSE WITH AND HOW IT HELPED HER WRITE A MASTERPIECE. Stuff like that. Stuff that tries to convince you that there’s a set formula to writing, as if millions of people before you haven’t already figured out that there isn’t. There is only the impulse to write, and if you’re really brave, you’ll get some words typed out onto a page.

And yet! It continues to be SO HARD. Seriously, right now I’m sitting in an internet-free fort I built in my room in an effort to stop procrastinating and write this essay. Making any kind of art is tough. A lot less tough than other things life can direct your way, of course, but still daunting. So, from one amateur to another, here are some ways I’ve learned to deal with the pressure, feel less silly, and get to writing!

As Harriet says in the movie based on Louise Fitzhugh’s novel, “I want to learn everything I can, and I write down everything I see.” The world is yours to steal and write down, and I promise you’re having experiences that can be turned into stories people will want to read. You can describe a mysterious-looking tree on your block, a strange and lovely color you’ve seen, or things you’ve overheard people say on the street or in the grocery store. Once, I listened in on a conversation between two girls in my college dining hall, wrote it down word for word, and submitted it for poetry class. Just respect peoples’ anonymity if you’re going to go that way! If you’re going to base characters on people you know, remember what happened to Harriet when her friends found her journal. (For those who missed this important cultural moment, Harriet’s friends got so incensed that they formed a Spy-Catcher Club to harass Harriet along her spying route.) Change people’s names and identifying characteristics, at the very least.

A word on notebooks: Of course it’s romantic to carry around a perfect li’l leather notebook, but it’s 2014—typing your words into your phone doesn’t make you any less writer-y.

2. Keep that cute li’l notebook (or your phone) by your pillow.

Inspiration will sometimes strike in the middle of the night! Little story ideas or interesting thoughts hit me as I’m closing my eyes, so I keep something close at hand to record them in. Always be prepared!

Creating little goals for myself discourages me from quitting after 10 miserable minutes of writer’s block. I page through my notebook, pick three interesting things I wrote down, and challenge myself to write a story that weaves them together somehow. I prefer this method to writing exercises from a book where they give you some random character or scene to write. These notes come from YOUR spying. You remember why they were fascinating—this makes it easier to build something out of them. Another kind of challenge can be writing something for a contest or to submit to a magazine, some of which have themes or prompts to get you started. Also, having a clear deadline on the horizon is a great motivator and makes the whole process seem less epic and lonely. It’s a lot easier to say, “I’m going to try to submit to this cat-themed contest next month,” than to think, I am a WRITER, therefore I must toil alone until the world notices me!

Once you’ve stolen from strangers’ lives, decided to enter that cat contest, or been visited at night by your muse, you need to actually form these random-ass observations INTO something. For many if not most writers, beginning is the hardest part. Don’t make it a choice: Set a timer and write until it goes off, build a writing fort like mine and visit it once a day, set a word count, and/or schedule writing time on your calendar like you would any other planned activity.

Sometimes I’ll email a good friend and say, “Hey, in two days, will you read a draft of something?” Just promising yourself and a friend that your idea will soon exist as a thing outside your own head is a great incentive to get it down, and friends can help you see possibilities in a first draft that you might not. And they’ll ask important questions like I couldn’t really tell why she did that? or Ohhhh, he died?! (There is such a thing as being too subtle.)

If you don’t want to show your work to people you know, find blogs you like and write to their creators, or write your own blog and make it public. (You can do this under a pen name if you’re bashful.) If you find somebody who wants to read your work, keep sending them stuff to read. Some of the best stuff gets done among, or in collaboration with, other people. You don’t have to be a hermit to be a real writer.

Make a habit of talking about your work in a way that shows you take it seriously. I remember feeling embarrassed to admit to my friends that I was writing. When I was 16, I found out one of my good friends was making fun of me for trying to be a writer when my stuff was, in her words, not even “that good.” That’s the kind of thing that can make you want to give up, but you know what? At 16, even if you’re the most brilliant prodigy on earth, you still have a lot of time to get better. No one is perfect right away. Genius is built over time!

It’s hard to look back on something you’ve just written. You might feel embarrassed, proud, disappointed, or really excited about what you’ve done, but whatever the case may be, revisiting and revising your work is a surefire way to improve it. The thing I try to remember is that what I’ve written is on paper (or my laptop), not carved in stone, meaning, IT’S OK TO CHANGE IT! It’s easy to get attached to the original way you’ve written a piece, but asking yourself (and others) how your writing could be better is really important if you want to get better at it.

I like to take a pair of scissors and cut my first draft into paragraphs or other small chunks, then physically move those parts around on my desk. It helps me see different possibilities for a piece, like, Maybe if X happened at the end instead of the beginning, the story would be more suspenseful? I also refine stories by retyping them from start to finish. It puts you back in the flow of the voice you established when you were first putting the words down. It’s kind of like reading aloud (another great exercise when it comes to editing your work) in that it helps you notice where the story loses steam or changes tone.

Being liberal in your editing means you can explore tons of new possibilities for your piece! I’m not saying you need to throw anything away—make sure you’ve save different versions of your piece so you can reuse a character sketch or description that you liked but decided to hold on to. (I like to save these in a completely separate doc so I know where to find them.)

7. Put your words out into the great, wide world!

Please share your wonderful work with the masses! Blog, submit to Rookie, hit up your school’s literary magazine, or start your own zine with friends! Thanks to the size of the World Wide Web, I can promise you the audience for your work is out there—you just have to seek it out. Don’t wait until you think you’re old enough, or you’ve read enough. That kind of thinking is a sure way to never do something. You’re never too young, or too “inexperienced,” to share your creative work!

So start writing! We can’t wait to hear what SPARKLING, CLEVER, MARVELOUS, and UNIQUE things you have to say. ♦