Plus thoughts on Jordan Davis, the return of Portlandia, and KANYE.

Sunday Video: How to Make a Garbage Cake With Aidy Bryant 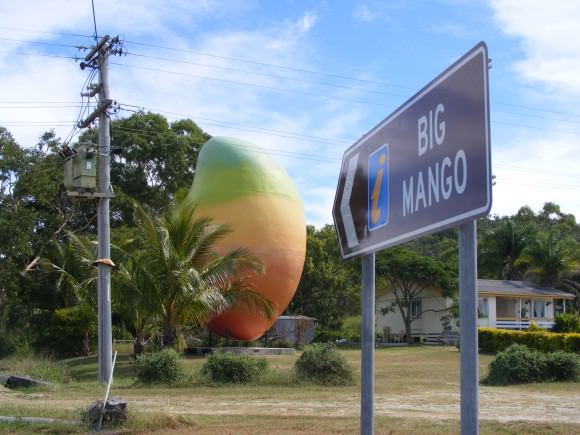 HAVE YOU SEEN THIS MANGO? Photo by Whitsundays.

A 32-foot-tall, seven-ton plastic mango worth $90,000 was stolen in Bowen, Australia this week. Although the theft turned out to be a publicity stunt, I salute the person who came up with it (and wish it had led to an elaborate mango mystery hunt akin to Where in the World is Carmen San Diego?).
Joe 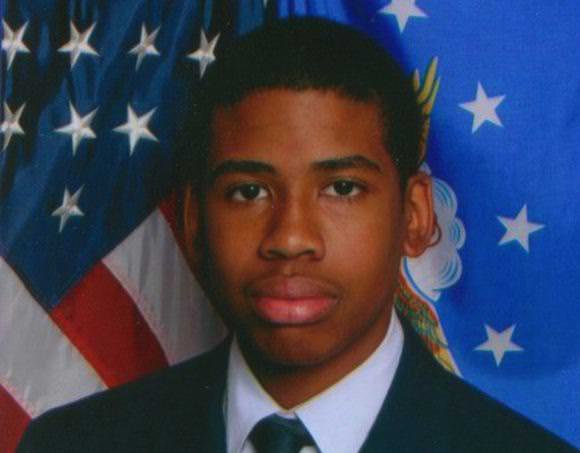 Less than a year after George Zimmerman was acquitted of the murder of Trayvon Martin, another jury failed to convict another Florida man for the killing of yet another unarmed black teenager. Jordan Davis, 17, was shot dead by Michael Dunn, who is white, at a gas station after they argued about the volume of the music in the car carrying Davis and his friends. The fact that a court could not find Dunn guilty of murder (although there was a hung jury and he can still be retried) is beyond depressing. It’s enraging.

In these moments where nothing makes sense and everything that’s wrong with the world is shown so clearly, I’m exceptionally grateful for writers like Ta-Nehisi Coates. After the verdict, Coates interviewed Davis’s mother, Lucia McBath, and, as if that weren’t emotional enough already, Coates brought along his 13-year-old son:

…because he is 13, about the age when a black boy begins to directly understand what his country thinks of him. His parents cannot save him. His parents cannot save both his person and his humanity. At 13, I learned that whole streets were prohibited to me, that ways of speaking, walking, and laughing made me a target. That is because within the relative peace of America, great violence—institutional, interpersonal, existential—marks the black experience.

“You exist,” Davis’s mother tells the child, who isn’t much younger than her own lost son, at the end of an impossibly gracious interview. “You matter. You have value. You have every right to wear your hoodie, to play your music as loud as you want. You have every right to be you.” As I read this, all I could do was cry—and hope that as many people as possible read these words.
Tavi 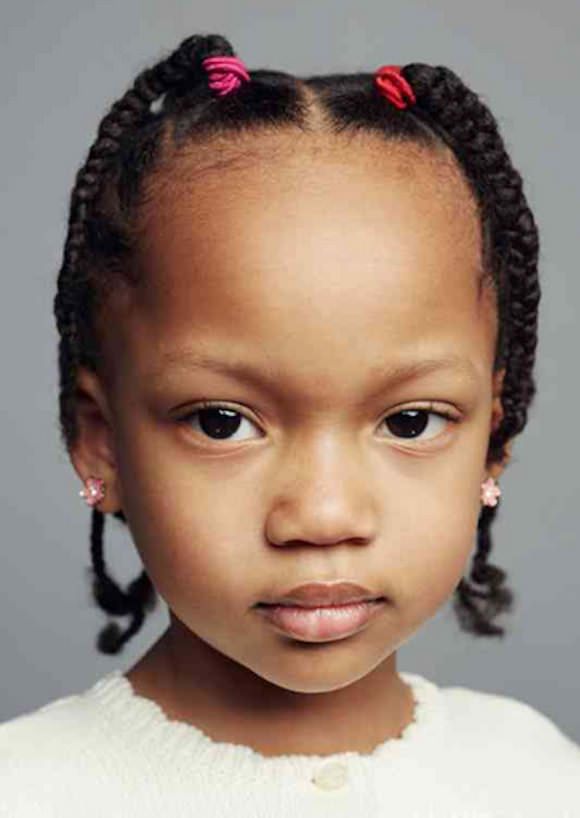 Azalea Gilliam, one of Solomon Northup’s great-granddaughters. Photo by the Hollywood Reporter.

The Hollywood Reporter took portraits of the 46 living descendants of Solomon Northup, on whom the movie 12 Years a Slave is based. In the midst of Oscar hoopla, it’s surreal to watch interviews with the people who carry this story in their family history and to hear about when they first found out about Northup and what it was like for them to watch the film. Plus: Seeing Steve McQueen meet everyone at the L.A. photo shoot is so, so cool.
Brodie

Late Night With Seth Meyers launched this week, completing its host’s ascension from “mostly behind-the-scenes SNL writer” to “big-time guy whose name is in a TV show title.” On his second episode, he blessed us with a wondrous, sweet interview with Kanye West. Kanye’s often accused of “flying off the handle” and “ranting” (aka expressing passionate opinions and refusing to play the fame game), and I’m SO excited to show this video to Kanye cynics and shout, “SEE! LOOK HOW GREAT HE IS WHEN HE’S TALKING TO SOMEONE WHO TREATS HIM LIKE A HUMAN BEING!”

Seth is an awesome interviewer: He knows Kanye’s music (he geeks out over the songs “Last Call” and “Jesus Walks,” listens to Kanye speak about his synesthesia at length without interrupting, actually WENT to the Yeezus tour before commenting on it, and, best of all, doesn’t shy away from making jokes about the vague, ~deep~ comments Kanye slips into their conversation (“everything in the world is exactly the same”), and that’s probably part of why Kanye doesn’t hold back from laughing at himself here.

I was practically bursting with joy as Kanye calmly explained his desire to follow in the footsteps of game-changers like Michael Jackson, Jay-Z, and Russell Simmons: “I’m in the process of breaking down walls that people will understand 10 years from now, 20 years from now,” he says. Kanye continues to push the boundaries that have been built up around him and to ignore the people who’ve tried to hold him back, and I love him for that.
Chanel 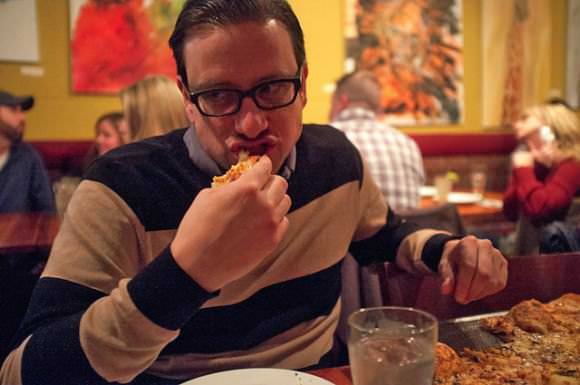 A life of perpetual pizza. Photo by Vice.

This week, I came across this piece about a guy named Dan who has eaten pizza exclusively for the past 25 years. Yes, that means pizza in the morning, pizza in the evening, pizza at suppertime. While that sounds like a dream come true (OK, but seriously, CAN YOU EVEN IMAGINE?), the article explores issues beneath the cheese-covered surface of this story, like Dan’s scary childhood experiences involving food and his becoming a vegetarian in his teens. The factors that contribute to Dan’s dough-centric diet turn out to be VERY INTERESTING.

In the past, I’ve joked about being the “ugly friend”—the one person in the group who is just kind of there and rarely gets any sexual attention. Kristin Salaky, a writer for the online magazine Literally, Darling, feels like the “ugly friend” too—and she’s all right with that. She begins her article by saying that think-pieces about body image usually “carry very little weight in the real world,” despite their ability to inspire individuals. And regardless of where she places (or finds?) herself in her friend group, her main point is basically that being conventionally pretty isn’t the only “talent” a woman can have.
Stephanie 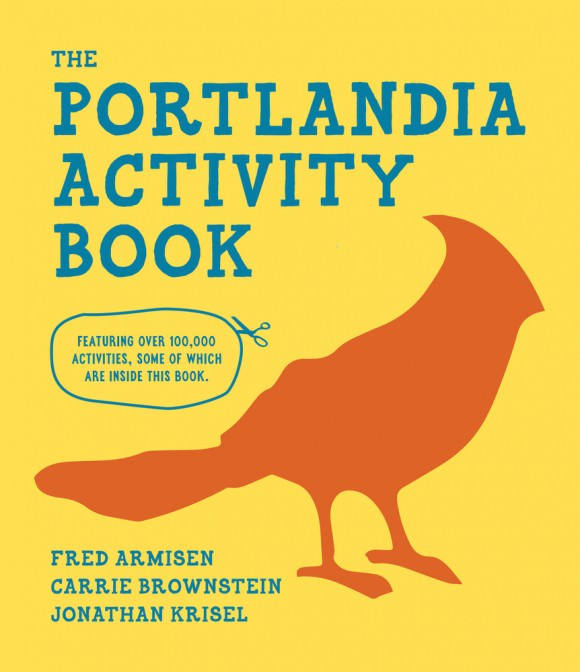 Of COURSE they put a bird on it. Picture via SPIN.

I feel like I’ve been waiting forever to see new episodes of Portlandia, but after it returned to IFC this week, the Portlandia fever that I saw online helped make it all worth it—especially SPIN‘s preview of the Portlandia Activity Book! It comes out in March, and from what I can tell, it’ll be full of sassy quizzes and advice. Thank you, Carrie and Fred, for giving me even more laughter to look forward to! 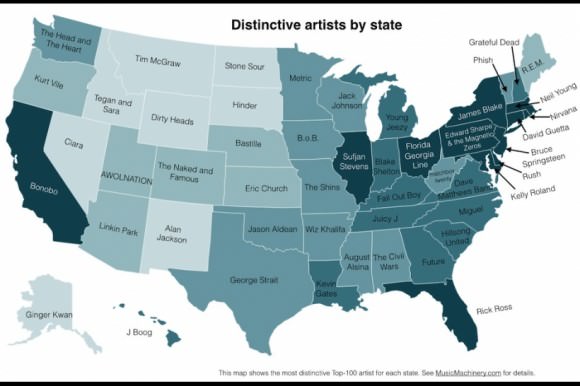 What’s your state anthem? Map by the Echo Nest.

While I was poking around SPIN, I found this map that shows the most “distinctive” artist by state, as determined by data from apps like Spotify. The artists featured are among the most popular in that state but relatively unpopular elsewhere, and the results are fascinating. Before this, I hadn’t actually heard of my state’s artist, the Head and the Heart! And for the first time in my life, I kinda want to visit Delaware, where my favorite band from grade school, Rush, still rules hard.
Caitlin D.

Hip-hop artist Queens D. Light released the video for her track “Love Pistol” earlier this week. In it, the rapper performs in an abandoned West Oakland warehouse left to the whims of Mother Nature, and there’s just something about the way this woman shoulders a bow and arrow to hunt down her man—I die. This is the most beautiful music video to make it out of the Bay Area in 2014 so far; more like this, please. ♦