This week, we’re paying our respects to L’Wren Scott, thinking about representation, and jamming to Sia.

Sunday Comic: I Won't Remember Any of This 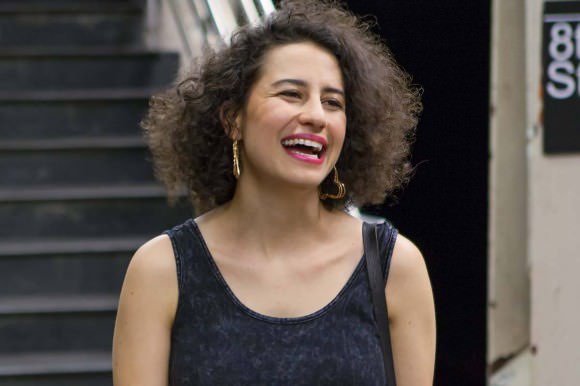 Whenever I finish an episode of Broad City, my new favorite thing on TV, I struggle with this relentless urge to scramble up to the highest hilltop in my vicinity, armed with a bullhorn with which to proclaim my passion for the series. Instead, I just search the internet for stuff other people are saying about the show, which follows the slightly fictionalized lives of its main characters/creators, Ilana Glazer and Abbi Jacobson, two best friends in their 20s who live in New York. I promise this premise isn’t as DONE TO DEATH as it might seem: Here, have this video of the two visiting an accountant to figure out Ilana’s taxes for proof. Wait, that sounds even worse!! Just watch it! You’ll see!

This week, I found an awesome write-up of Ilana’s singular wardrobe on Broad City. It describes how the show’s styling budget matches what her character’s would be in reality—they mix free-box finds with H&M—and Ilana’s badass and subversive way of embracing “inappropriate” clothing, like high-riding boys’ underwear and mesh crop tops. Also, HER SOCKS!
Chanel 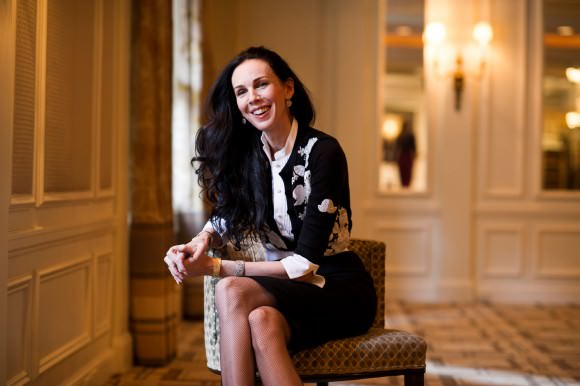 The radiant L’Wren Scott. Photo by Evan Sung for the New York Times.

The designer L’Wren Scott committed suicide last Monday. Throughout her lengthy careers styling celebrities and, eventually, creating clothing lines of her own, she was highly respected in her industry, and the news has come as a shock to both fans of her work and those who knew her. If you haven’t done so yet, you should definitely read Cathy Horyn’s piece dedicated to Scott, which beautifully embodies their friendship and Horyn’s respect for Scott as both a person and a businesswoman.

As I read the news about Scott’s death, I came across more than one headline that made me angry: Rather than crediting her as the individually successful woman she was, a few stories about her death were announced in a way that erased her name entirely and replaced it with her status as Mick Jagger’s girlfriend. Allison P. Davis wrote a great essay about the deeply sexist way in which Scott was portrayed in media reports after her passing. As she says, “Overall, the media failed her.” Davis goes on to highlight some statistics that deal with the unfortunate trend of women being misrepresented in their obituaries, and the fact that this happened to Scott makes me even sadder about her death. Rest in peace, L’Wren Scott.

Sia released a new track, “Chandelier,” this week. Although most people know her voice from the hooks she’s sung on David Guetta and Flo Rida songs, she’s also one of the most talented solo artists around, as you can hear for yourself on this track: During the chorus, she hits high notes that I didn’t even know existed before. I’ve listened to this song roughly 500 times since it came out, and I still get chills when I hear the elongated “chaaaandeliiiieeerr” bit!
Arabelle

I appreciated this look at how the history of the alphabet relates to gender dynamics, and, specifically, the patriarchy. It reinforces that words are hella powerful—sometimes to the point that they can enact violence, as they have done in different misogynist ways throughout history, which this essay also explores.
Amy Rose 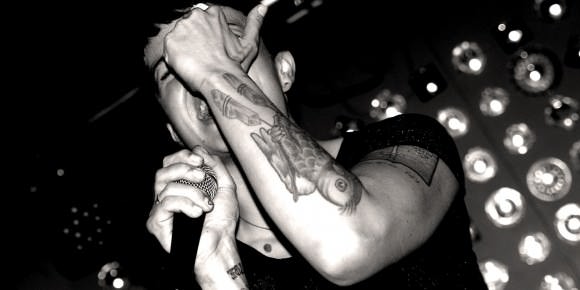 The drummer Tobi Vail interviewed Perfect Pussy’s frontwoman, Meredith Graves, and the resulting conversation finds Graves laying down a straightforwardly brilliant analysis of the French cultural theorist Roland Barthes’s ideas about personal style versus the wider, functional roles of clothing (!!!), meditating on feminism (naturally, if you’re familiar with the work of Vail or Graves), and shouting out our own Suzy X.’s band, Shady Hawkins. Get all of this inside your head.
Rose

After decades of trying, scientists have finally produced data that supports the concept of “cosmic inflation,” which is part of the Big Bang theory, aka the idea that, 14 billion years ago, the universe emerged from a dense, fiery center point and has been expanding outward from that point ever since. Astronomers at the South Pole looked into deep space and found ripples in the fabric of space-time, which is being hailed as confirmation of the irregular “engorgement” this theory relies on.

Professor Chao-Lin Kuo, one of the co-leaders of the team that made these discoveries, personally delivered the news to Professor Andrei Linde of Stanford, one of the original thinkers on inflation theory, and the resulting video made me teary and swoony at the same time. Linde and his wife, Renata Kallosh, who is also a physicist and professor at Stanford, react with such baffled joy and humility that I couldn’t help getting caught up in their happiness. God, it’s so lovely to see someone’s life’s work validated in real time.
Stephanie 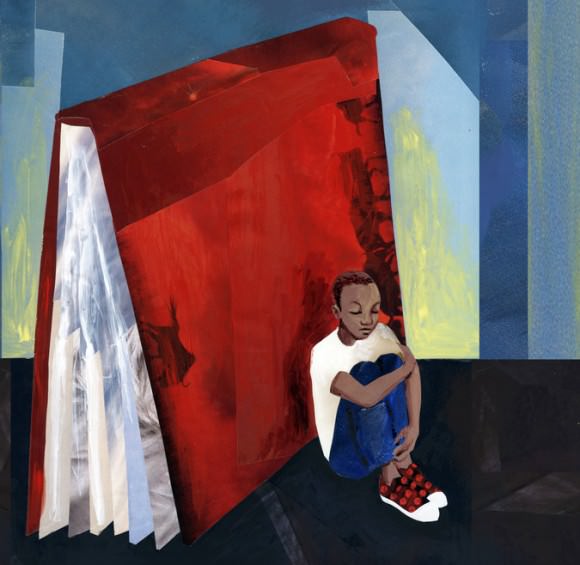 Illustration by Christopher Myers for the New York Times.

I find it very upsetting that, according to a new study, only 93 out of the 3,200 children’s/YA last year were about black people. In a New York Times op-ed, the amazing YA writer Walter Dean Myers writes about his experience as a black reader and writer in a white world, and how he used books as a way to escape from and deal with his life, but often had a hard time finding characters to relate to. As he says, “[As a writer,] I didn’t want to become the ‘black’ representative, or some shining example of diversity. What I wanted, needed really, was to become an integral and valued part of the mosaic that I saw around me.”

In a companion Times piece, his son, Christopher Myers, an award-winning writer and illustrator in his own right, discusses how certain kinds of children’s literature are exclusionary to kids of color—books about talking animals, superheroes, and crazy magical futures rarely have children of color in them. The protagonists who look like them are frequently limited to historical books about their culture, and “never given a pass card to traverse the lands of adventure, curiosity, imagination or personal growth.” Both pieces are essential, thought-provoking reads that I hope the publishing world and children’s writers are paying close attention to.
Julianne

American Horror Story is one of the greatest television shows ever, and this week, it was announced that the next season of AHS will take place in a (SPOILER ALERT) carnival!! I AM ALREADY TERRIFIED. 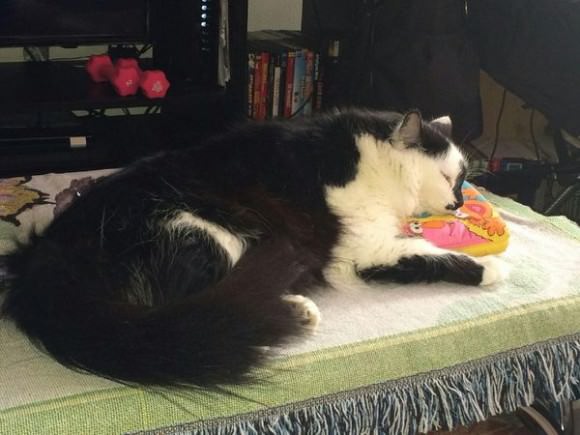 About two weeks ago, Lux, a cat in Portland, Oregon, went bananas, becoming so agitated that its owners locked themselves in a room and dialed 911. In theory, this scenario is kind of funny hilarious—one pictures a wild housecat terrorizing his unsuspecting family as they dial for help on a cordless phone from inside a closet. But in actuality, the details were grim—Lux’s owner had actually KICKED the cat after he scratched the baby for pulling his tail. YO, NOT OK.

I immediately thought, This is a job for Jackson Galaxy, the celebrity cat whisperer. You don’t need to watch Galaxy’s show, My Cat From Hell, to know that Lux freaked out because he was being ABUSED by his owner, but if you have, it’s obvious if you have that Galaxy is definitely capable of teaching this family how to control the cat without hurting it. Thankfully, our prayers have been answered, and this week it was announced that the Portland 911 Cat (and family) will be getting a visit from none other than Jackson Galaxy himself for one of his signature cat interventions. I am really excited that he’s doing this, because no animal deserves to be treated, and subsequently made to look like a monster, the way this one was, and if anyone can fix the evil owner’s behavior (as you can see, I am clearly biased in the “cat versus people” wars here), Galaxy can. Bless Portland 911 Cat, and bless Jackson Galaxy.
Brittany S. 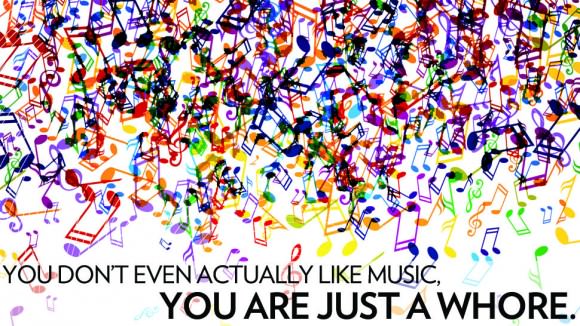 This piece provides a very real look at the sexism women in music journalism face in their field, especially from male readers. Although it’s far from the only occupation where women are harassed, discounted, or discriminated against because of their gender, it’s worth pointing out, and, of course, fighting against. Cheers to the slew of great women in music writing who get shouted out in the piece, as well as all the others out there being badasses and writing about what they love in a smart and critical way.
Jessica

For anyone whose nascent girl-band dreams were initially nurtured by the cartoon TV show Jem and the Holograms, which followed the truly outrageous adventures of Jem and her musical friends, the forthcoming live-action movie version is a long time coming. The bad news is that Jem and the Holograms’ creator, Christy Marx, was not only excluded from having any say in the movie, but also that it’s being written and directedexclusively by men, even though it’s ALL ABOUT a group of girls.

This is especially infuriating in conjunction with this Molly Lambert article about the overall male-centric culture of Hollywood decision-makers, and makes me highly doubt that the Jem project will be any better than the many, many other movies we see made by men about the experience of being female. Props to Christy Marx for speaking out. ♦