Plus the science of selfies, Kathleen Hanna newness, and Harriet the Spy’s 50th birthday. 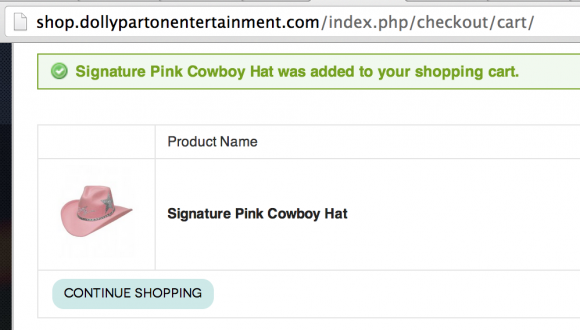 Grimes contemplating a very important purchase, via a screenshot she posted on her Tumblr.

On Tumblr, Grimes introduced us to country legend Dolly Parton’s new e-shop, and WHOA does that merch selection ever contain some gems. Grimes was tempted to buy the baby-pink cowboy hat shown above, which has Dolly’s signature emblazoned upon it in silver sequins, but I’m also into this sassy pink cowgirl bandanna, this vintage portrait T-shirt (GORGEOUS), and, for the morning coffee drinker, this mug that depicts Dolly rising over a sunset. My only regret is that there are no Dolly home accessories, like DOLLY WALLPAPER. 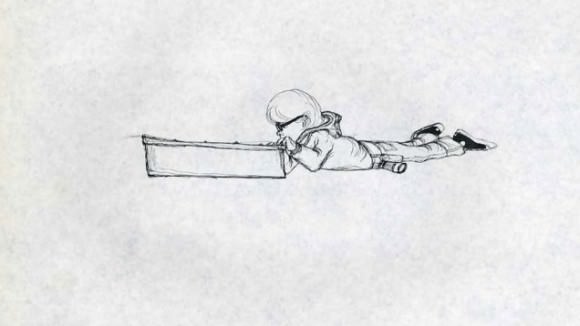 An original illustration from Harriet the Spy from the Louise Fitzhugh Collection at the Eric Carle Museum via Jezebel.

Louise Fitzhugh’s beloved novel, Harriet the Spy, turns 50 this year—that’s a whole half-century of being THE BEST CHILDREN’S BOOK EVER. To celebrate, the Eric Carle Museum of Picture Book Art in Massachusetts is exhibiting the book’s original artwork, including a watercolor illustration of Harriet’s favorite sandwich, tomato and mayo on white bread. 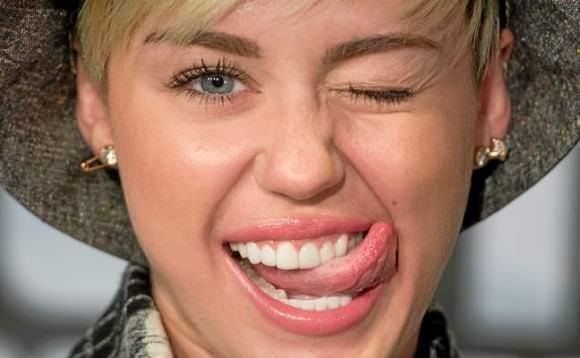 Coming soon to college syllabi: none other than Miley. Photo via the Saratogian.

Skidmore College is offering a new course called The Sociology of Miley Cyrus: Race, Class, Gender, and Media, and, as with most college classes about celebrities (like the class on Beyoncé at Rutgers University earlier this year), it’s likely to attract its fair share of internet detractors.

This article argues that classes on celebrity as a window into some aspect of American society are actually very useful, and, as a part-time college professor who teaches units on Beyoncé, Kanye, and Jay Z, I agree! Lily Rothman writes, “Primary sources—material produced by the person being studied or in the time period under consideration, rather than by someone thinking about the subject later—are a cornerstone of good academic practice. Cyrus’s impact on society is only a few years old, and most of it has been documented online, so pretty much every primary source is easily available to study and interpret.” Indeed. Also, I really wanna take that class.
Stephanie

At a recent lecture, the astrophysicist Neil deGrasse Tyson screened a fan-made YouTube video which slows down his speech to make him sound stoned and laughed at it right along with his audience, making me love him even more than I already did. I’ve been obsessed with NdT ever since Hazel interviewed him about the Higgs boson particle, so the reboot of Carl Sagan’s television series, Cosmos, that he began hosting this month is pretty much my favorite thing on TV right now. He’s the kind of storyteller who makes learning about the universe as transfixing as it should be—plus, he obviously has a great sense of humor.

Last Saturday, a mudslide covered an entire neighborhood and part of a highway in Washington State. At least 25 people were killed and 90 are still missing, but it has been heartening to read about the ways people are coming together to help, like these local search-and-rescue volunteers. There are also a lot of questions being raised about how the area could have been protected against this tragedy. I truly hope that these questions lead to ideas that will help prevent future disasters of this kind.
Caitlin D. 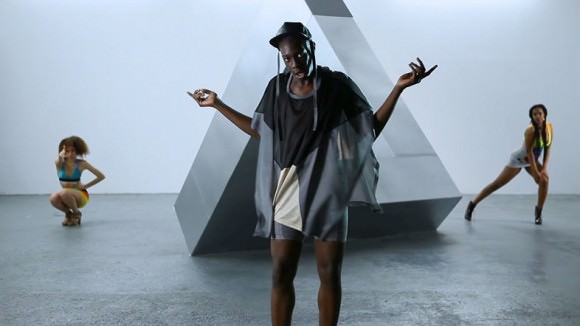 A video still of Le1f, the rapper and grand dropper of anti-homophobia knowledge, via Dazed Digital.

I loved the rapper Le1f’s response to recent prejudiced comments made by Lord Jamar, a member of the ’90s hip-hop group Brand Nubian.

In a New Yorker piece, Jamar spewed bile-filled nonsense about how “queer shit” like gender-bending fashion and LGBT-identifying rappers, leads to the whitening of hip-hop. In a Facebook post, Le1f responded by writing, “Are you proud of being a hateful member of a majority? Rap started out as a creative response to oppression, and no matter my outfit, I know oppressions you will never understand.”

As Jamar also said to the magazine, “I’m the voice of what hip-hop used to be.” Thankfully, he’s right: The increasingly inclusive genre is set to leave bigots like him in the dust.

I swooned over this list of contemporary trans artists making an impact on their fields—and am experiencing major FOMO about never getting the chance to kick it at the replica dressing room Wu Tsang built for the 2012 Whitney Biennial, as seen in the video above.
Laia 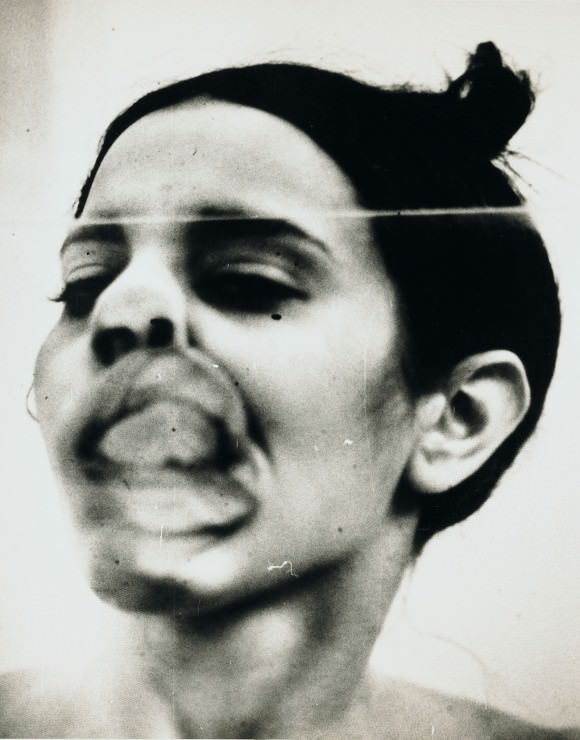 This article is a great introduction to the life and work of the artist Ana Mendieta. Ana is just one of many amazing female artists that we never learn about unless we really go out of our way to find them, but she’s well worth the trek. Her work fascinates me because it seems to be about so many things at the same time—it explores ideas about love, embodiment, home, womanhood, and just being a human on this earth. Even if you’re already familiar with her, this piece will remind you why you loved her work so much in the first place.
Jane Marie

The musician Owen Pallett explained why “Teenage Dream” became a huge hit using music theory, and it’s almost as amazing as the crazy looping thing he does with his violin, which you should definitely see live someday.
Brodie

This week, the Julie Ruin released a new video for the track “Just My Kind,” and it’s so funny and sweet. When I saw the band play a few months ago, Kathleen Hanna introduced this song by citing her husband, Adam Horovitz of the Beastie Boys, as its inspiration, then went on to say that it’s also a love letter to her bandmates and her friends, whose support she relies on to continue powering through life. Sorry if I’m paraphrasing a little—I was crying too hard at the show to remember her exact words—but this video perfectly embodies the joyousness she described that night. In it, Hanna hurtles into the ocean in a cut-off Minor Threat shirt, winning the wet T-shirt contest I didn’t know my heart was having until now. Also: ADORABLE TURTLE ALERT.

I can’t say anything about this “Royals” parody, which sends up the tired racial casting choices in sitcoms, that isn’t better expressed by its star, Tess Paras, who co-wrote its lyrics with Haneefah Wood and Ayana Hampton:

You know what would be cooler
If I got my own series
And your own white friend, brown friend, beige friend, yellow friend
Submit all ethnicities

I know what you’re thinking, and the answer is no: We CAN’T go a week without including a Beyoncé video in Saturday Links, especially when Queen Bey keeps coming up with the goods! This time, Beyoncé gives us a behind-the-scenes look at the bejeweled costumes she wore for the Mrs. Carter Show tour. It’s incredible to see the details on her Pucci fringed minidress, Versace biker jacket with “BOW DOWN” emblazoned across the back, Givenchy costume inspired by the “***Flawless” video, and glittery Vrettos Vrettakos bodysuits. Even more amazing are the considerations the designers need to make to ensure the pieces are stage-ready, like the special bustle above the butt of her David Koma suit that allow for maximum mid-twerk mobility.
Eleanor 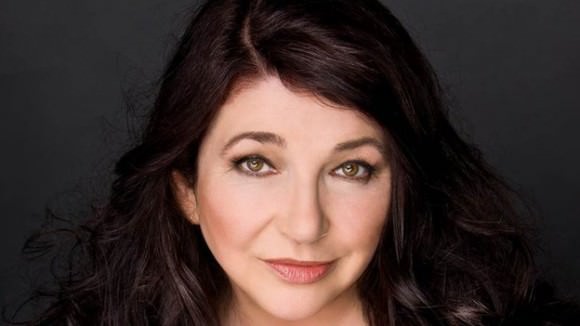 Seeing this woman live = too exciting to bear. Photo via BBC News.

Kate Bush just added seven more dates to her first run of concerts in 35 YEARS, aka the only live performances she’s offered her fans since her debut tour in 1979! Dreams do come trueeeee!

I really liked this feature about a café that serves technically expired, but still edible, food on a pay-what-you-want basis. It’s a great way to feed those in need and prevent wasting perfectly good food.
Estelle 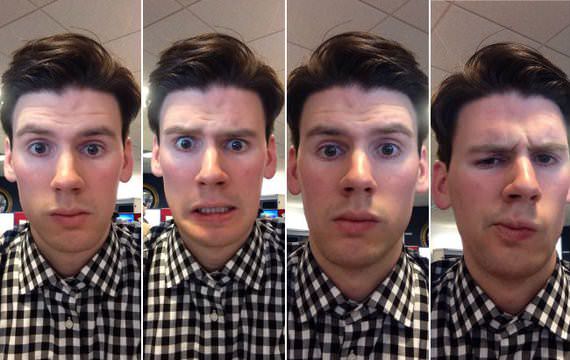 From left: Two Snapchat selfies compared to two GroupMe selfies, via the Atlantic.

HANDS UP IF YOU GOT LIKE 760 SELFIES ON YOUR PHONE YOU’VE NEVER SHOWN ANYONE BECAUSE THEY LOOK WACK!!! According to a new article on The Atlantic, there are a few surprising reasons why selfies can look odd to their subjects, even though we already know what our faces look like (or so we thought). For one, the outcome depends on the app you’re using: some flip the photograph, and others don’t. And regardless of what you’re using to take your pictures, parts of your face might look bigger than others, depending on where they are relative to the camera. So even if you, like me, have overloaded your phone’s storage with self-portraits, it turns out we’re not always experts on our appearances after all! ♦