Things that make the singer and songwriter love life more. 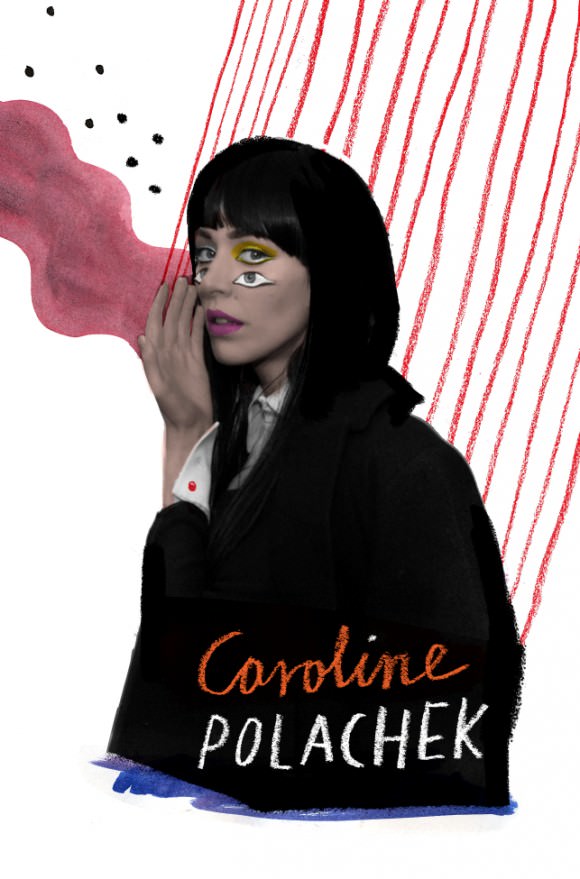 Caroline Polachek is the singer and songwriter of the band Chairlift, which is releasing a new album later this year. On April 15, her solo record (under the name Ramona Lisa) comes out, which she recorded and produced on her own, using only her computer and zero dollars. Also? She is the person you can thank for bringing a little gem called “No Angel” into the world. (Caroline wrote it, then co-wrote and co-produced the final version with Beyoncé.) As you can probably tell, she is RAD. She let us know about five things that inspire her/make her love life the most right now.

1. Ableton Live. This is the most beautifully simple, easy to use, intuitive recording program I’ve ever tried. You can record sounds you hear out in the world on a smartphone, email them to yourself, and then drag them right from iTunes into the program. The best thing about it is that there’s a huge YouTube community of people all over the world making Ableton Live help videos. If you get stuck, you can just go on YouTube and type in whatever you want to learn—like how to warp, record, or loop—and there are literally hundreds of videos there to help you. It totally changed my life when I learned how to use it a couple years ago. I just recorded my entire solo record by myself on my laptop using Ableton Live. It’s the same program I used to write and produce the song “No Angel” for Beyoncé. I highly recommend it to anyone who is interested in making any kind of music for herself.

2. Smoked fish. I always thought that any kind of smoked or preserved fish was really gross, until, at the age of 19, I was served anchovies on a trip to Italy. Having them really fresh, with lemon and olive oil, completely changed me on them. When I got back to the U.S., I started eating sardines and sprat. I live in a part of Brooklyn that has a big Polish community, so you can get whole smoked mackerel or trout, and it’s my favorite little dinner. I usually serve them on a cutting board with half a lemon. I cut up some fennel and parsley and make a big pile of greens, then I’ll sit down with a plate and put it all together with my hands while I watch a movie. It’s like I was secretly born a cat.

3. Bells. I love collecting bells when I’m on tour. They’re little souvenir sculptures, but you can also wear them and have them scattered around the house to pick up and play. One day I’d like to have an entire wall covered in bells. I have a favorite one, which was a gift from my boyfriend. It’s a Japanese bell in the shape of a frog. It has a tiny metal circle inside it, and there’s this long piece of green paper hanging from the metal circle. When the wind catches the paper, it makes the frog ring. I also have some sleigh bells that I got in Scandinavia that I really like, and I have a set of finger bells that are all over the latest Chairlift record. I use my bells in recordings all the time. Only the people I’m close to know about my collection, but maybe I should start advertising it, because that’ll get me more bells!

4. Mishio Ogawa. Mishio Ogawa is a singer who used to be in a band called Chakra in the late ’70s and early ’80s; then she was in a band called Wha-Ha-Ha, which made really wild, amazing, experimental prog rock. She had a solo career after all of that, which is my favorite thing of all. I recently discovered this record of hers called 4 to 3 from 2005, and it’s been my soundtrack of the last year. She has the most beautiful, positive, melodic voice. Everything she does sounds adventurous but relaxing. I listen to her music a lot. She’s been a huge influence on both Ramona Lisa and Chairlift’s recent stuff. She’s an incredible writer, and the way she arranges instruments in her songs is unique. I would love to collaborate with her. I actually tweeted at her a couple weeks ago, and she tweeted back! I don’t think I’ve ever been so starstruck.

5. Monochromatic dinner parties. I host these themed dinners with my sister where all the food is the same color. Everyone has to wear that color to dinner, and I’ll make a mixtape of music to play along with it. It’s super fun. We’ve done a red one, and a green one, and we just did one that was 14 courses of all black foods. One of the main courses was black eel served on black rice with black garlic and hoisin sauce. It’s really interesting to be walking through the supermarket and only thinking of a color. It kind of changes the way you see the aisles. ♦