Thinking About Dying Will Change Your Life

One weird trick to permanently rid yourself of shame! 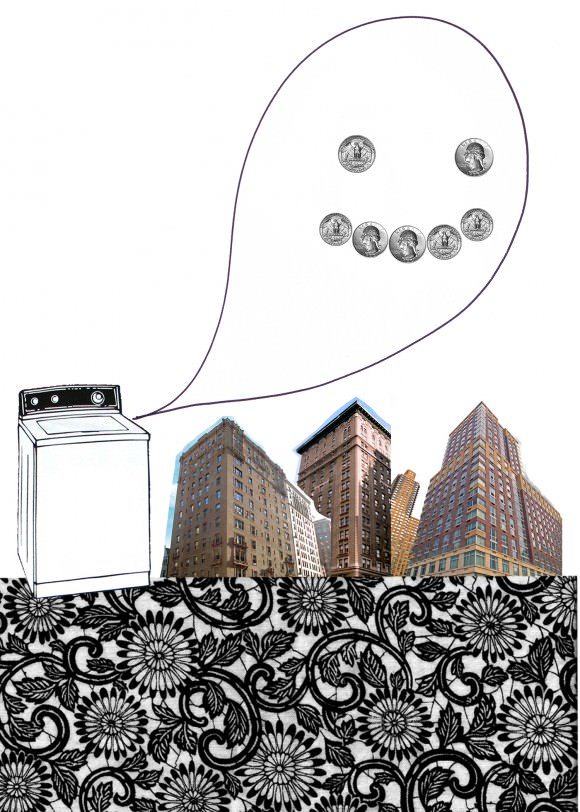 I had a lot of reasons to feel shame when I was growing up, all of them my own damn fault. My fatal flaw was that I couldn’t stop comparing myself and my family to other people and theirs. My family was working class, but in my town, which was full of wealthy families with high-paying jobs in New York City, that equaled being poor. Everyone else had washing machines and dryers in their house—I had to drag a wheeled cart to the corner to wash my clothes in the only laundromat in town, with the biggest windows, so everyone driving or walking by could see me, of course. We went to the laundromat because we lived in an apartment (while everyone else lived in a house). We were black in a predominantly white town. Until I got to high school and more people of color moved there, I can remember only four black families in town, including ours. And I felt ashamed. I was ashamed of being an outsider, and I was ashamed when I looked around and saw, right in front of my face, all of the ways in which I didn’t measure up to what was considered “normal.” I felt like a failure before I’d even started to live my life.

At that point, I didn’t know that “normal” is something that changes depending on where you live and who you are around. The type of normal I grew up around was middle-class white families who took regular vacations to Disney World, had at least two cars in the driveway, and could afford new clothes every September when school started. They were everywhere: on TV, in the movies, on billboards, and all over the magazines I read. I know now that mass media isn’t a really good way to gauge diversity, and that there are lots of magazines, movies, and TV shows that are much better at showcasing diversity, but I certainly didn’t know that when I was 12 and my worldview was as big as the block I grew up on. I just knew that I felt a flush of hot embarrassment creeping into my cheeks whenever a group of kids from my grade walked past me in the laundromat after school, on their way to get pizza or hang out at each other’s houses. When kids at school talked about their houses (which seemed expansive to me at the time but in retrospect were probably just average suburban houses), I fell silent, because we didn’t have a rec room in my house or a pool or more than one bathroom, and it made me feel like my family was somehow not good at giving me everything I needed to be part of the world.

I assumed I would feel like that forever. I had no clue how to stop feeling bad about everything, and I definitely didn’t know how to talk to my family about what I was feeling. They worked really hard to provide things for my brother and me, and it felt ungrateful to complain about it not being good enough, or to point out that other kids my age didn’t have to do their own laundry in public or walk to the grocery store because they didn’t have a family car. It seemed bratty to complain about things I couldn’t control when everyone around me was working their ass off.

I did start complaining a little bit, though, as a way to test out small acts of defiance and, I think, as a secret cry for help. I wanted them to help me not feel that way, but I didn’t know how to ask, so I did what any sane, intelligent, results-oriented go-getter does: I started being an asshole. When no one remembered to go to the bank for quarters when it was my turn to do the laundry, I sucked my teeth and said , “It’s so stupid that we don’t have a washing machine in our house!” When I had to find a ride to drum corps practice because we didn’t have a car, I would complain, “Other people have cars!” I was a joy to be around, I assure you.

My grandmother, who was my legal guardian at the time, is an incredibly pragmatic woman who doesn’t take a lot of shit from anyone. One afternoon a couple of weeks into my snide period, I mouthed off to her about something, and she just laughed and told me that one day I would die, and none of this would matter.

That shut me up. I had never bothered to consider my own inevitable death before. One day I would be dead. Of course I wouldn’t care about washing clothes or not having a car—I wouldn’t even exist! The thought was scary, but it was also strangely comforting. Because if I didn’t exist, my shame wouldn’t either, and it suddenly seemed so silly to treat it like a life-or-death matter, when it would be laughed right out of any actual situation where actual death is on the table.

Thinking about death was the first time I really paid attention to what did and didn’t matter in the grand scheme of things. “One day you’ll be dead” became my morbidly cheering mantra. I know that it’s morbid, but I didn’t know about goth stuff or anything yet, so I thought of death as the “you don’t exist anymore” sort of thing instead of a “you want to die” thing. Every time I had to do something embarrassing, I’d just think, One day you’ll be dead, and no one will care that you had to walk to drum corps practice after school, and I’d instantly feel better. None of my friends ever made fun of me for not having the stuff they had—they would just scrunch up their faces sometimes and say, “Isn’t it weird that you don’t live in a house?”—but sometimes other kids would make fun of me, which used to really hurt me. It still didn’t feel great, but the pain was not nearly as sharp when I repeated my mantra to myself, and it all but disappeared when I realized that one day they would be dead too—HOORAY WE’RE ALL GONNA DIE! Put another, maybe less ghastly, way, nothing really matters in the end, so you might as well put all your energy into things that matter you now. I realized that I hopefully had a whole life to live before I died, and all I’d been doing so far was worrying about what other people thought of me. My grandma was really awesome about telling me not to care what other people thought of me, but she never really told me HOW to do that in a way that related to quelling my shame, so here are some things that helped me get over that feeling.

Remember: Everyone will die one day.
Again, I don’t mean this in a morbid way! This is more about being mindful about the present and not projecting too much into the future. It can be really overwhelming to feel like you’re going to feel a certain way forever, so it helps to put stuff into perspective. When I was at the height of feeling my shame, it incapacitated me because I thought I’d always feel that way. Do what you can to remember that whatever you’re feeling now is temporary. You might not have to do this by thinking about dying, because you’re probably way more normal than I was, but somehow get to a point where you remember that what you’re feeling is a tiny blip on the entire lifespan of your feelings.

Don’t give people a chance to make you feel shame.
While talking to my friends, I started bringing up my family here and there, as an experiment. I wanted to see if it was possible to talk about my family without feeling bad. It was. Sometimes I’d make a little joke, like if my friend spilled jelly on her shirt while we were making sandwiches I would give her all our laundry quarters and say she should try to be back soon. If other people talked about rooms in their houses I didn’t have in mine, I would feign wide-eyed fascination with this alien, fancy world: “You have a whole room just for recreation?! It doesn’t always have to be a joke, and certainly not one at your expense, but if you treat your life and your world like they’re normal, other people will too.

You might have to find different friends.
This wasn’t the case with me, but if your friends are the source of your strife, you should dump ’em and get better ones. The social hierarchies of your school DO NOT MATTER in the grand scheme of things, and there are definitely people in the world who will understand you and want to hang out with you without belittling you. Find them (they might not be obvious, so don’t make assumptions based on how people look or dress). In the words of the beautiful genius Beth Ditto, “Don’t hang out with people who make you feel less than amazing.”

The way you react in public might be different from how you feel in private.
You might let things roll off your back in public and then really seethe about them privately, or get really upset about something in the moment and then realize later that it wasn’t such a big deal. It’s totally OK to feel your feelings, but try to get an idea of where your safe spaces are to help you find ways to cope. If you start to feel shame bubbling up about something, figure out when you’ll be able to talk about it, and with whom. Sometimes it’s right away, like I learned to do with my friends, but other times you have to play it cool in the moment, and plan a way to process it later, when you’re alone or with people you trust. Whatever you do, don’t just bottle it up and hope it goes away. It won’t. It’ll probably expand until it bursts out of you at some inopportune time.

I almost never feel ashamed anymore. Sometimes a little shame still manages to sneak in—usually when I’m disappointing myself somehow or not being honest about what I want. When that happens, I just put on some music and remind myself that we’re all gonna die, and then I’m happy again. Life is short, but it’s totally worth living. ♦