How to Customize a Box of Valentine's Chocolates 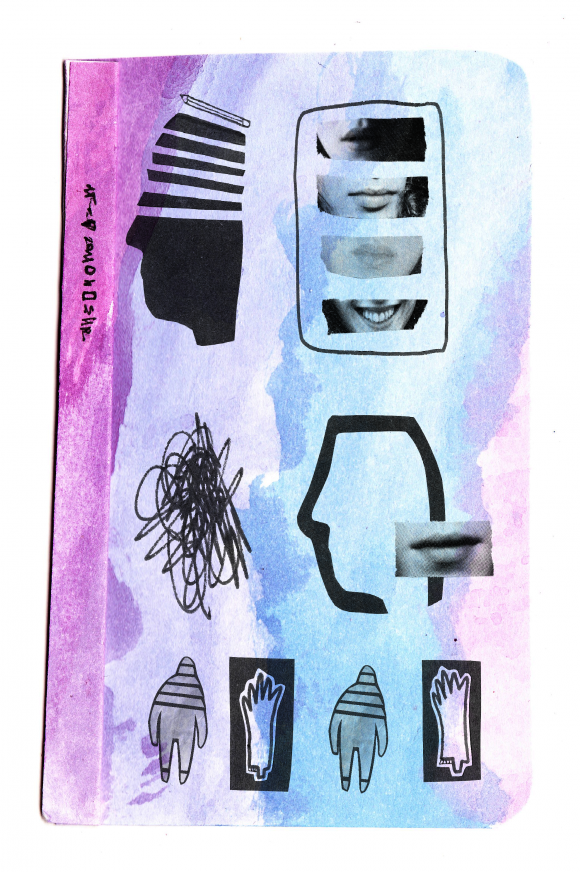 When I was 22 and working toward a bachelor’s degree in creative writing, I took a young-adult fiction course. Our first assignment, designed to get us into the YA mindset, was to journal about the moment we knew we were “no longer a child.” Our teacher said this might mean different things to each of us and gave a bunch of examples: going to our first school dance, getting our driver’s license, sneaking our first cigarette, learning that our parents were getting divorced.

I had an onslaught of memories/ideas: cutting myself for the first time in seventh grade, my best friend moving away in eighth grade, Kurt Cobain’s death when I was in ninth, smoking pot for the first time that summer, seeing someone shoot up for the first time that fall, losing my virginity in the middle of my sophomore year to a boy I was crazy in love with and then just feeling crazy a couple of months later when he coerced me into having sex with him whenever he wanted, whether or not I wanted to, trying to help my friend Katie get away from her abusive brother. But I couldn’t decide which of these things marked the final, irrevocable end of childhood. In truth, it felt like they’d all worked together to push me into the harsh light of adulthood. If my teenage years were a world war—which is what they often felt like—those were the major battles.

If you’re a regular Rookie reader, you probably already know all about that stuff: my childhood best friend “Juliet,” my best friend Katie, my abusive ex “Greg,” my struggles with grief, depression, self-injury, and substance abuse, as well as my love for Nirvana and the Riot Grrrl movement. That’s because I have been writing about these same experiences for the past 12 years. That is a long time. I am now a fully grown adult with a happy life in a city I adore. And while I think it’s healthy to stay in touch with your teenage self as you get older, is it possible that I’m too in touch with mine? Shouldn’t I be, like, over this stuff by now?

That’s a question that Anaheed, who edited this piece, asked me (though in slightly more polite terms) when I proposed it a couple of months ago. She said that she and Tavi had noticed that a lot of my pitches revolve around the same ideas, experiences, and stories. In fact, my pitch for this one was about writers having themes that they can’t seem to stop writing about—but in my original conception, I was going to talk about how by telling and retelling these same stories, I am rescuing the characters (almost always teenage girls) by pulling them through and having them survive. She asked me to ask myself if, besides my goal of helping young people feel less alone, there was something else going on—she wondered if I might be a little bit stuck. I’ve preached on this very site that you don’t have to suffer for your art. But what about constantly revisiting past suffering? Was that stunting my work or harming me as a person?

While we worked on edits for this piece, Anaheed told me about something that her late mother-in-law, a family therapist, used to say: In a military invasion, wherever there has been a particularly fierce battle for territory, the victorious battalion marches on, but they leave behind a few soldiers to guard their position. Similarly, she continued, when you go through a traumatic time in your life, you “leave a few soldiers behind” to stand guard and protect the person you were then. Those soldiers are also part of you, so some part of you always lives in that place, that time.

The bloodiest battle in my life was the period between age 12 and age 21, and I’ve left countless troops there. I call them up a few evenings a week and for long chats on Saturdays when I sit down to write. I don’t think there’s anything wrong with acknowledging and honoring the soldiers you’ve left behind, but I think I might be too close to mine. I’ve become that kid at college who is constantly calling her mom or her high school friends. Like, it’s cool to have a close relationship with your family and friends back home, but when does it cross a line into creepiness/codependence?

To some extent, I can justify my endless returns to the scene of my hardest years by pointing out that I write mainly for teenagers, and those were my teen years. But still, why do I mainly write about the hard stuff? I had great friendships in high school, and experienced a lot of joy. And in my fiction, why do I have to keep writing about stuff that I’ve personally experienced? I could totally make everything up! I could create whole new worlds! So why don’t I?