If you want to be great, you have to take a chance.

How to Rent an Apartment 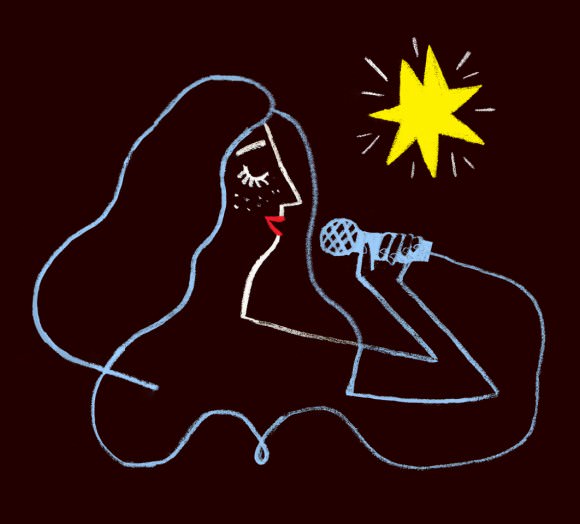 The 11th annual Academy Awards had no official host.

It was the first time this had ever happened, and nobody was quite sure how. Some spoke in hushed tones of a bitter intra-Academy feud; smug insider types were spreading stories about individual studios pushing so hard for one of their stars to be named emcee that the Academy had finally thrown up its hands, King Solomon–like, and refused to choose anyone at all. Others, of the inveterate gossip variety, claimed the organizers had gone down a list of possibilities, each of which had proved too old, too boring, too unreliable, or too drunk to be trusted onstage.

Whatever the reason, it was abundantly clear that no one was steering the ship. The atmosphere in the ballroom of the Biltmore Hotel on February 23, 1939, was practically anarchic. Whole categories were skipped. Confused—or tipsy—celebrities wandered across the stage, looking embarrassed and desperate, as though they’d gotten lost on their way to the bathroom. At least three times the proceedings came to a halt so that the next presenter (and in one case, the recipient) could be tracked down at the bar.

For Margo, the chaos simply seemed to add to the surrealism, the sense that the whole evening was like something out of a dream. She thought she’d been in Hollywood long enough not to get starstruck anymore, but no red-carpet premiere or Holmby Hills wrap party could have prepared her for this.

This was the Oscars.

Clark Gable and Carole Lombard were here, getting the stinkeye from Joan Crawford, who was hanging on the arm of Franchot Tone. Katharine Hepburn was whispering something in Spencer Tracy’s ear, much to Mrs. Tracy’s visible chagrin. Leo Karp was sitting with Louis B. Mayer, who wasn’t drinking, and Harry Cohn, who was. Greta Garbo was there. True, she wasn’t actually speaking to anybody, but she was there.

“If the Germans dropped a bomb on the Biltmore right now, they could wipe out the whole movie business, just like that,” Gabby whispered across the table, a mischievous gleam in her eyes.

Margo and Gabby hadn’t been quite as close lately, but Margo was glad she was there. She was glad they were all there, in their little Olympus Studios enclave: Gabby and Jimmy; a preternaturally calm Larry Julius, his only concession to nerves the endless parade of smoldering cigarettes he kept inserting into the expressionless mask of his face; Dane; Gabby’s mother, dressed to the nines in some sort of bizarre ensemble of ostrich feathers dyed a violent purple and—to Gabby’s tremendous embarrassment—flirting outrageously with Larry’s (ironically) ostrichlike assistant, Stan. Harry Gordon and his mother, a plump gray-haired lady with a European accent who every few minutes proclaimed she was about to faint with pride—but impressively, never did.

And what about my mother? thought Margo. What would she be like if she were here? Helen Frobisher’s pale image swam unbidden into Margo’s mind. The blond chignon with not a hair out of place, the icy blue eyes, the slim, manicured hands that were always cool, yet strangely comforting…

Her train of thought was interrupted by Dane’s clammy hand squeezing hers. “You look beautiful,” he muttered mechanically.

“About a hundred times.”

Dane’s gaze looked almost haunted, fixed on something none of the rest of them could see. He’d barely even glanced at her when she’d floated down the stairs in the blue hydrangea dress two weeks of deprivation had finally let her squeeze into.

But it hadn’t all come to naught. There’d been enough camera flashes in her vicinity to guarantee that, nominee or no, she’d have her picture in more than one newspaper tomorrow morning, and as for her effect on the players of Hollywood, Mr. Walt Disney himself had materialized before her, stroking his chin thoughtfully with an ink-stained finger and murmured: “Blue. Interesting. You look like a fairy.”

“He’s looking for inspiration,” Gabby said. “Didn’t you hear? He’s notorious for it. Rex Mandalay practically had a fit when he saw Snow White and her dress looked exactly like one he de signed for Olivia DeHavilland when he was at Warner Brothers. Rex wants to sue.”

“Come on. You can’t sue over a dress design on a cartoon.”

“Oh please, Margo, this is Hollywood. You can sue someone who said they’d pay for lunch and then skipped out on the bill. You just have to decide if it’s worth making a point. Besides, as long as Rex Mandalay is under contract, every single sketch, every scrap of fabric, every goddamn thought in his head is the absolute property of Olympus Studios. Karp owns him, lock, stock, and barrel, just the same as he owns us. Rex just has a nicer dressing room.”

“Don’t I? Why would I say it, then? And why would I be performing tonight like a trained monkey with some overrated bandleader if I didn’t have to jump whenever he said so? ”

“Still,” Jimmy said uneasily, “he’s just doing his job. You make him out to be some kind of slave driver.”

“Oh no,” Gabby said sweetly. “That’s not my intention at all. Mr. Karp is the slave owner. My mother is the slave driver.”

“That’s not my name,” Gabby snapped back. “And what would you call someone who profits off the unpaid labor of another human being?”

It was another mother who saved them.

“Sha, everybody, sha,” Harry’s mother interrupted, waving her hands in the air with unperturbed annoyance, as though Gabby and Viola were nothing but a couple of buzzing flies at an outdoor picnic. “Shut your mouths already and let an old lady hear what’s going on, for once in her life.”

“And now,” Spencer Tracy announced, slurring his words slightly, “the Best Actor category. To present the award, we have a very special surprise . . . ah . . . presenter. Someone we all love very much, and who we haven’t seen for a very long time. Ladies and gentlemen, may I introduce, or rather reacquaint you with, a wonderful actress and very dear friend . . . Miss Diana Chesterfield!”

Miss Diana Chesterfield. It was like seeing a ghost.

No one had seen her since she disappeared under mysterious circumstances a year before. With her hair like spun gold, nodding regally in a white satin gown trimmed with snowy ermine, the movie star looked like a storybook princess, like someone out of another time.

Then, suddenly, the crowd was on its feet.