Plus Kurt Cobain’s feminism, the oral history of Reality Bites, and more.

I’ve never wanted to live in France more than I do after watching this weird-ass trailer for a French TV show featuring Fiona Apple, aka my supreme queen. In an upcoming episode of the series, which is called H-Man, she’ll play a superhero named Feux Verts (or “Green Lights” in English) who seems to shoot some sort of laser situations out of her eyes. French Rookies, are you familiar with this show? Is it as amazing as I imagine it is? Will you email me screenshots? MERCI BEAUCOUP!
Britney 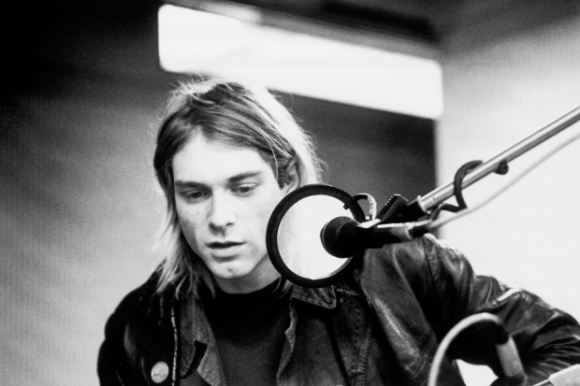 This is what a feminist looks like. Photo by Michael Linssen/Redferns, via SPIN.

Carla Ciccone’s article “Kurt Cobain Was My First Feminist Hero” hit very close to home. Kurt was also my first exposure to someone whose ideas about women not only matched mine, but were delivered in the form of great songs like “Territorial Pissings” and “Been a Son.” It’s one of the reasons I love him so much, and reading this in the same week as his birthday, February 20, is a great tribute if you do, too. 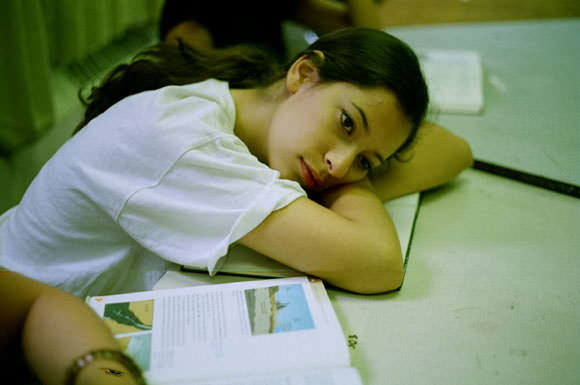 A sampling of our girl Petra’s photographic talent, via Oyster. 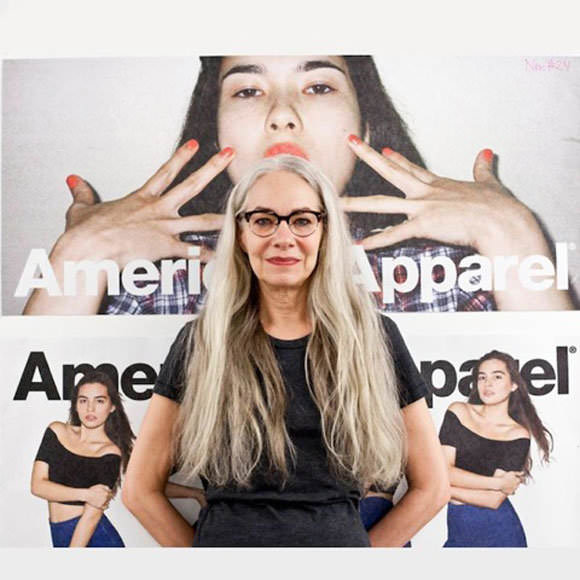 A portrait of the lovely Jacky O’Shaughnessy, via Oyster.

This article about American Apparel’s 62-year-old model, Jacky O’Shaughnessy, should be read by anyone who thinks they have to define their life in terms of what is or isn’t “age-appropriate.”

Nine Inch Nails’ Trent Reznor called the Grammy Awards a waste of time after its organizers shortened and rolled credits over his performance and performances by Queens of the Stone Age, Dave Grohl, Lindsey Buckingham, and others. On the bright side, that same SPIN article also mentions that Reznor recently discovered 40 unreleased demos from the late ’90s, so be prepared, fellow NIN fans!
Hazel 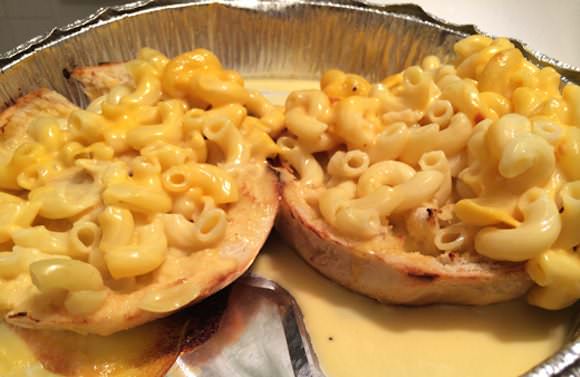 COME TO ME. Photo by Daniel Maurer, via Bedford + Bowery.

I am into these MACARONI AND CHEESE bagels sold at Tompkins Square Bagels in New York City. You best believe I’m going to try them—carbs + cheese + more carbs = gooood.

One of my favorite musicians (and the writer of a li’l song called “Angel” by the Great Beyoncé), Caroline Polachek of Chairlift, is going solo for a spell. She’s using the name “Ramona Lisa,” wearing a long black wig, and producing seriously creepy, minimalist electronic tracks. The first song, “Arcadia,” just came out, and the music video is filled with cicadas. I love it.
Tavi

Jimmy Fallon’s first few episodes of The Tonight Show have brought about many a viral video, my favorite so far being Kristen Wiig as Harry Styles. The best part is that you can tell she genuinely does not know anything about these strange young singing British men. I’m totally stealing her Harry catchphrase: “…Hey!”
Julianne

Every year, the Women’s Media Center releases a study on the state of women in media—both those who work in it, and how women are portrayed. The Status of Women in the US Media 2014 just came out, and it confirms a lot of what we already knew: Media is overwhelmingly run by white men; a lack of women as writers and as subjects means that important non-man perspectives are reported less; last year, 81% of film reviews by “top critics” were written by men. And the percentage of women of color working in newsrooms has actually dropped over the past several years.

All of this information is pretty damning, and pretty devastating, and as a Chicana who’s been working in media as a writer and editor for something like 15 years, I see it play out firsthand every day. BUT HERE’S WHERE MY HOPE COMES IN: I fully believe that ROOKIE READERS can and will change this landscape. The only way this is going to change is if we start our own publications and/or are unafraid to challenge the status quo, and y’all are so overwhelmingly smart and full of ingenuity that I have no doubt that under your leadership, we’ll reach a point where there is more media equality, regardless of gender(s), race, creed, and all of the rest. Because I just KNOW that this grody BS is not going to be able to go on much longer. 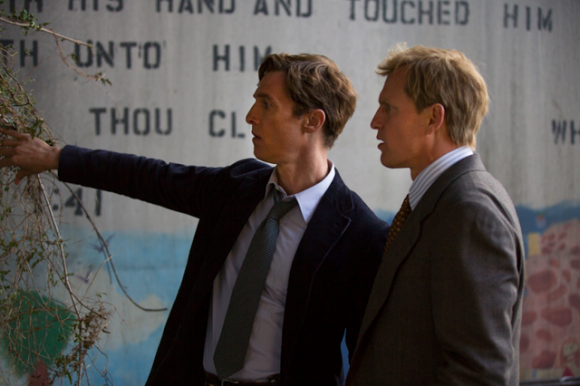 For those of us who have been watching True Detective, the warped, existential cop show starring Matthew McConaughey and Woody Harrelson, this week the internet brought about a mini-explosion of a revelation. First, io9 revealed the origin of “the Yellow King,” the mysterious leader referenced throughout the show. Apparently he was based on this wild Robert Chambers book, The King in Yellow, which shares some of the same themes as the series. Over on Grantland, Molly Lambert offered further True Detective analysis:

True Detective’s closest relative is Twin Peaks, which mined similarly nocturnal depths. Both shows espouse mythologies that feel extremely personal to the creators but also eerily universal, tapping into the same brain waves as paradoxical sleep. From this subterranean level, we get an unusually lucid view of pervasive Jungian archetypes: family dynamics, virgin/whore issues, the battle between body and mind.

It’s the kind of show that makes you totally incredulous that parents ever used to say that television will rot your brain. More like BLOW YOUR MIND, AMIRITE? Finally, since True Detective is set up like American Horror Story, with a standalone plot and cast each season, Twitter had some fun this week speculating on who might be cast in #TrueDetectiveSeason2. Here’s my favorite.
Anna F.

Do you want to read a nine-page oral history of Reality Bites, a movie that’s turning 20 this year and is both terrifically timeless and terribly dated? Yeah, you do. You and me and five bucks, Rooks. 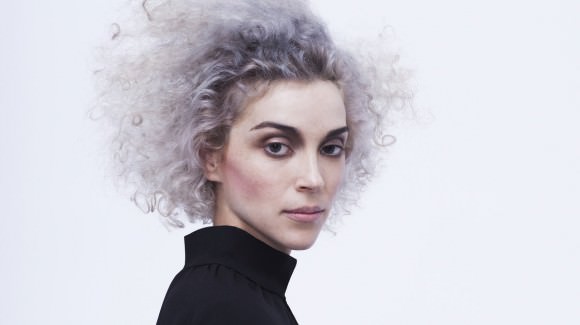 Photo of Queen Annie by Renata Raksha, via NPR.

NPR is streaming the new self-titled album from St. Vincent, aka Annie Clark, and it sounds exactly like a St. Vincent album in that it’s like nothing else she’s done before.
Arabelle

A reporter snuck into a secret fraternity party thrown by mega-rich investment bankers and other financial players, and the resulting story has literally everything you might have been horrified by in The Wolf of Wall Street. I love reading pieces like this one, and like Gloria Steinem’s game-changer about going undercover as a Playboy Bunny, in which writers circumvent the armor powerful organizations use to shield themselves from the media.
Caitlin D. 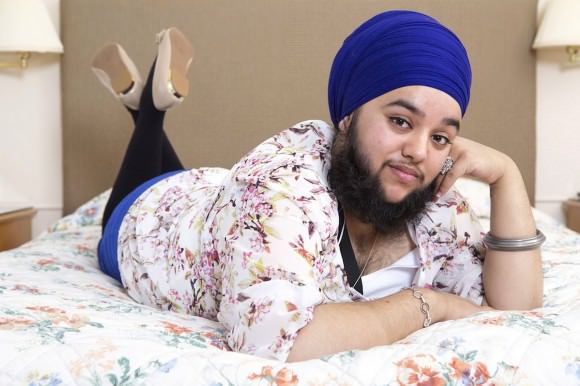 Harnaam Kaur looking happy and beautiful, via the UK Mirror.

Sploosh! Creeeak. Wap wap wap. That was the sound of my heart exploding out of my chest, opening a window, and flying into the possession of 23-year-old Harnaam Kaur, who says she feels more feminine after growing out her natural facial hair (despite being mercilessly bullied about it as a teenager). Harnaam’s words shine: “If I had any message it would be to live the way you want—it’s your journey and it’s your life.”
Estelle

I am really excited that Lorrie Moore, the author of one of my favorite short story collections, Birds of America, has a new collection out this week. It’s called Bark, and the New York Times did a li’l profile on her. Why should you read this article? Oh, well, our own gosh-damned Emma S. basically compares Moore to STEVIE NICKS. That’s why.
Anaheed

The best thing that happened this week (technically last Friday, but close enough!) was when Ellen Page showed us all the true meaning of Valentine’s Day. I defy you to watch this video, from the Human Rights Campaign’s LGBTQ youth conference, without melting! ♦