Is non-monogamy right for you? 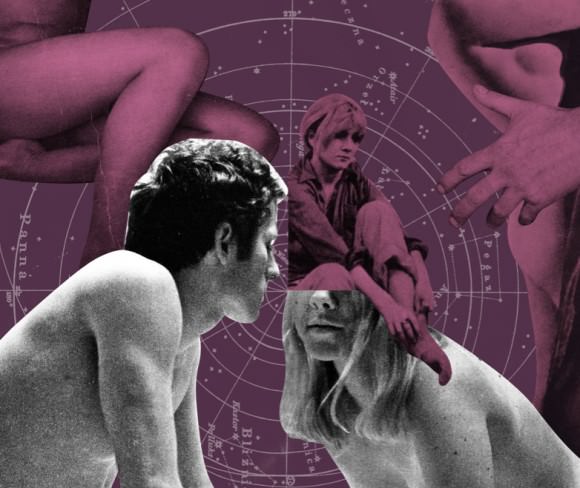 I’m not at all proud to admit that I’ve cheated on almost every boyfriend I’ve ever had except my current one—although that doesn’t mean I’ve stopped hooking up with other people. The difference is that nowadays, my foremost love associate knows about (and is cool with) my liaisons. It’s taken me a while to admit this, but in the past few years I’ve come to accept that I mostly prefer romantic relationships that don’t require me to be sexually faithful. I think a lot of people find this “deviant” or weird, but, unlikely as it may sound, it’s actually not that complicated.

Monogamy has always been hard for me, even in the context of loving, committed relationships. In the past, the trouble usually began after a few months, when some new heartthrob would swim into my life. Although I knew my then-boyfriends wouldn’t be cool with it, I would start lying about how often I saw said heartthrobs, flirting with them on Facebook and in person, or secretly having “sleepovers” with them that involved a lot of physical contact but no official “fooling around.” I rationalized all of this behavior as just friends bein’ friendly, even though my motivations were decidedly less pure.

Once I started being dishonest, it was hard for me to stop. Although my cheating usually didn’t involve anything more serious than some furtive makeout sessions, I’d always wake up the next morning smothered in guilt, which quickly morphed into resentment: Why should I feel bad about wanting to fool around with people while I’m young? The answer, of course, was BECAUSE YOU ARE LYING TO A PERSON WHO CARES ABOUT YOU, JERKUS, but I also had a point: It’s totally OK to feel like kissing basically everybody, if you can find a way to do it without being deceitful and/or disrespectful to anyone else. I just hadn’t figured out that way yet.

In my last monogamous relationship, which included a lengthy and serious engagement, I vowed not to cheat, and I didn’t. But after two and a half years, I started backsliding into the realm of backdoor Facebook encounters. When I caught myself typing double entendres to people whose profile pictures I found achingly cute, I broke up with my then-fiancé rather than violate his trust, which I could tell I was about to do.

Even though I was the one who chose to end that relationship, I was overwhelmed by despair and grief when it was over. I wondered if I would ever be able to love someone without emotionally fucking them over with my constant tail-chasing and tomcatting, and I decided the answer was no: I had tried my very hardest with someone I was prepared to spend the rest of my life with, and I had failed. Clearly I was incapable of curbing my desire to freaq a sizeable fraction of the world’s population, and that, I felt, made me worthy of contempt.

Then I met Ben. We were introduced by a mutual friend on a beach trip two years ago, when I was 21, right before I made the choice to leave my fiancé. Ben has since told me that he knew he wanted to go out with me when, upon being picked up at my apartment, I burst into the car and greeted him by affectionately biting his arm. Suave, right? That sense of sexy intrigue intensified for both of us over the course of the afternoon, as we discovered we had the same favorite animal (squid) and compared our imitations of the director Orson Welles. We separated from the rest of the group for a while, and I told him secrets that not even my best friends knew at the time, like why my engagement was ending (and that it was even ending at all). I felt closer to him than I had to anyone else in a very long time.

I broke up with my fiancé not long after that day. Even though wanting to be with Ben wasn’t the reason behind that split, I’d be lying if I said I wasn’t totally jazzed when we started dating just a few weeks later. Despite the intense bond I felt with him, I tried to keep things super casual for a few months, during which time I refused to call him my boyfriend and dated other people. I didn’t want to get too involved because, as I told him one morning after we’d spent the night together, I didn’t believe in that the whole “love” thing. He told me that he was a longtime cheater, too, and, like me, he felt some shame about that, but he didn’t think it exempted us from falling in love with each other, which, yo, we totally were! We mutually decided that non-monogamy was the best option for us as a couple, and I’m so glad we did, because it’s been working better than anything either of us has experienced before. And guess what? I was very incorrect about love not being real, which is probably the greatest thing I’ve ever been proven wrong about.

Here’s what non-monogamy means for us: Like many people who are deeply obsessed with their main squeeze, as I am with Ben, I want to spend as much time with him as I possibly can without our driving each other crazy. Also like many others who are deeply in love with their person, I occasionally want to french people who aren’t him, as does he with not-mes. The difference between monogamous relationships and our thing is that we act on those feelings, and we don’t want to sob, scream, or murk each other afterwards. There’s none of the sinking dread involved with cheating that I’m all too familiar with. I get all of the action, with none of the harrowing doubt about whether I’ll ever be able to truly love someone without fucking them over. Doesn’t that sound kind of nice?

There are some drawbacks to non-monogamy, of course. I’m very happy with the mechanics of my romantic situation, but that doesn’t mean others agree with my choices. Maybe you’re one of those people, in which case, get bent! Just kidding, my dude—I like you just the same, and I’m going to do my best to clear up any misconceptions or stigmas that you, a person who is maybe curious about open relationships but skeptical that they can really work, might be harboring. The truth is that it’s more than possible to be in a such a relationship without having it wreck your life, and that wanting to try non-monogamy doesn’t make you a misguided perv who doesn’t understand how to do love “right.” For your perusal, I now present this not-comprehensive but still probably kind of helpful list of things worth knowing when you’re figuring out how to screw the world without screwing up your relationship. Let’s get down to business!