Though it might seem counterintuitive to dress to the nines while you’re hiding from the world, these cinematic loners are total style icons. Here’s an examination of all our favorite looks from leading ladies and gentlemen who prefer to go their own way! 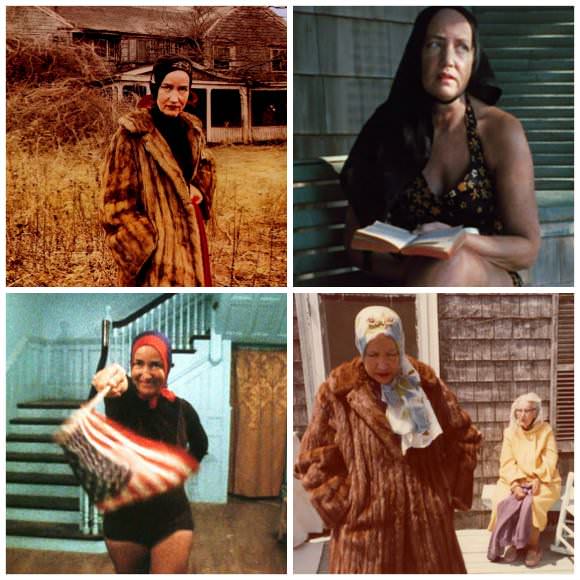 Grey Gardens (1975) is a documentary about an aristocratic and reclusive mother/daughter duo, Big Edie (aka Edith Ewing Bouvier Beale) and Little Edie (Edith Bouvier Beale), who live in squalor on a decaying estate in East Hampton. Little Edie, a cousin of Jacqueline Kennedy Onassis, spends most of the film wistfully reminiscing about her days as a model breaking into showbiz in New York City, and she steals the show with her inspirational wardrobe: various cover-ups for her hair (she had alopecia), long fur coats, and one-piece bathing suits that she sings and dances around the mansion in. 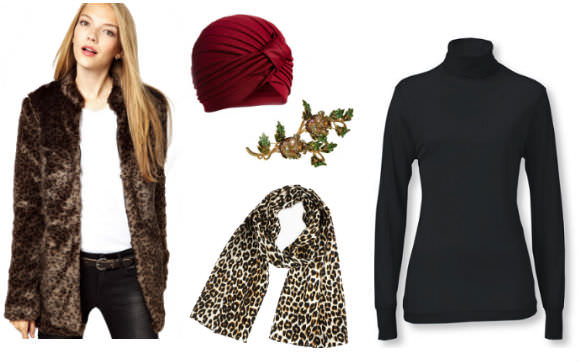 Borrow some of Little Edie’s anything-goes style with a printed head scarf or wrap, then throw your biggest thrifted winter coat over a bathing suit. All you need now is a tiny flag to wave around during your own li’l solo performance! 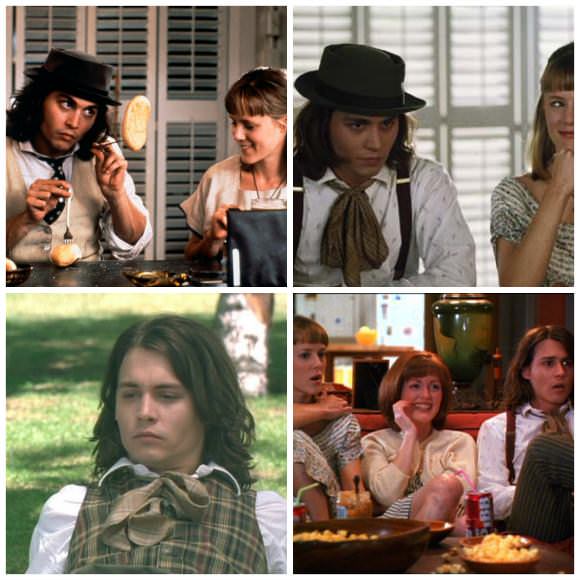 Benny & Joon (1993) is about an eccentric romance between Joon (Mary Stuart Masterson) and a peculiar Buster Keaton/Charlie Chaplin wannabe named Sam (CUTIE Johnny Depp) who moves in with Joon and her brother Benny to serve as their “housekeeper.” Sam does super-cute things like sticking forks in bread buns to make them dance and cooking grilled cheeses on an ironing board, and he and Joon obviously fall in love—girl, you KNOW I would, too! 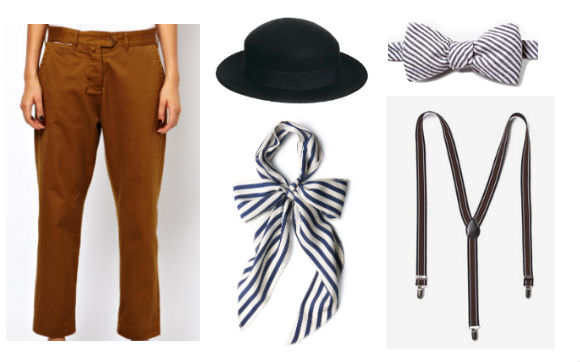 To get a taste of Sam’s dapper style, all you’ll need is a cute boater hat and some suspenders, then you can make your own ironing board grilled cheese. In fact, let’s make that our culinary goal for the month, shall we? 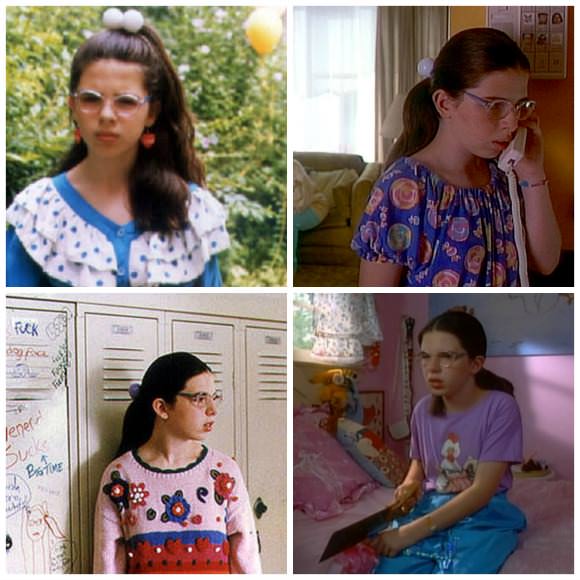 Stills from Welcome to the Dollhouse, 1995.

Welcome to the Dollhouse (1995) is about an awkward tween named Dawn Weiner (Heather Matarazzo) who gets bullied and harassed on the daily. Dawn’s classmates don’t find her cool enough to hang with, and her home life consists of her smartypants brother and ballerina little sister, the latter of whom hogs their parents’ attention while Dawn is ignored. As a onetime shy girl who was teased by her classmates, I can relate to Miss Weiner. But little did Young Rie and Dawn Weiner know…we were style icons just WAITING to be discovered! 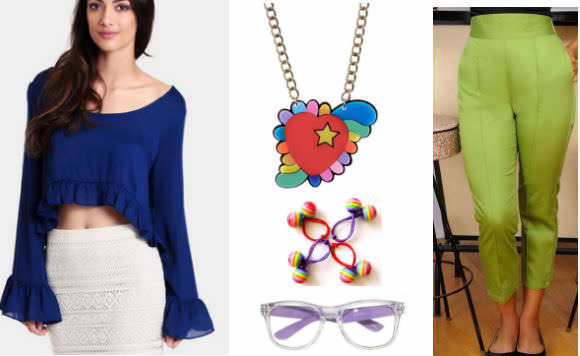 Since Dawn is busy worshipping other people, like her brother’s hunky bandmate Steve, she fails to realize her own fashionable prowess. Luckily, we do, so let’s wear our hair in the highest of ponytails and dress ourselves in the most colorful of crop tops in homage to her! 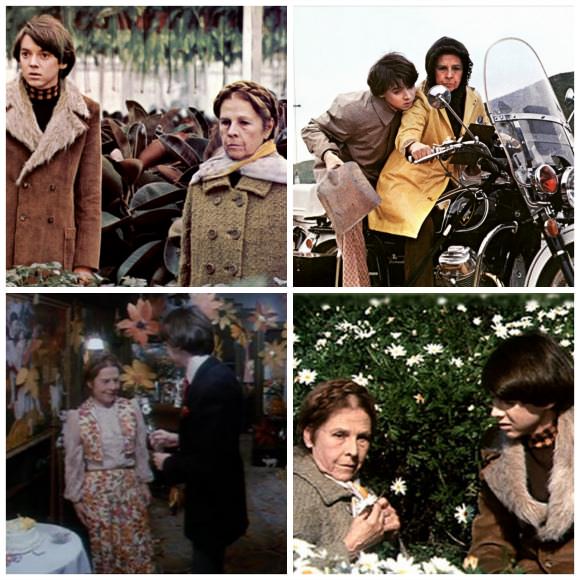 In Harold and Maude (1971), Harold (Bud Cort), bored with his privileged yet doldrum life, amuses himself by staging fake suicides, driving a hearse, and attending strangers’ funerals. Ultimate goth, is datchu? At one of the services, he meets a kindred soul, 79-year-old Maude (Ruth Gordon), who likes to attend funerals for fun, too. Age ain’t nuthin’ but a number for the vivacious Maude, who rides around town in a scooter and fancies herself a nude model. She lives life just as she pleases, which piques morbid Harold’s interest, and he ends up falling in love with her. 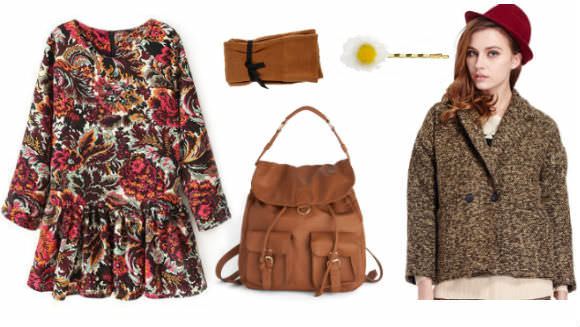 Harold and Maude are definitely one of cinema’s most stylish couples. Fun ’70s-style floral prints paired with milkmaid braids will get you on the same level as Maude. All you need is an unquenchable lust for life, and you’ll be good to go. ♦