Just the Way You Are

In the throes of an eating disorder, loving yourself is practically impossible. 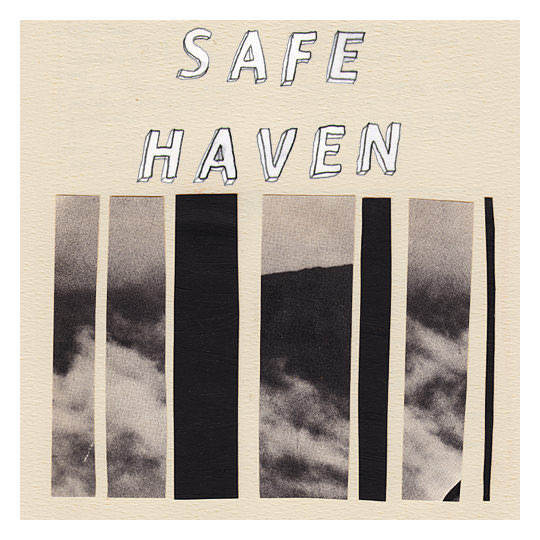 As a human being, your body is scrutinized and assessed from the moment you’re born. You spend nine months swimming around in a womb and then—bam! You’re out in the world, and someone is already scribbling down your height and your weight, which are broadcast to your parents’ entire Facebook friends list. Even as a newborn, your body’s dimensions are public information. It doesn’t really get easier from there.

If we paused to notice every message we receive all day long that our bodies are flawed, that they need work, and that no matter how hard we work they will never be “perfect,” we would never get anything else done. Companies take advantage of our insecurities and aggressively market to them, trying to convince us that we’d be so much happier if we just lost “those last five pounds” or bleached our teeth to Ross Gellar levels of whiteness or devoted ourselves to the noble cause of minimizing our pores, and they are aided and abetted by fashion magazines that sell us an unattainably perfect fantasy. It is almost impossible to love yourself when the entire world seems to be suggesting that you aren’t good enough.

Here’s the creepiest thing, though: Even if you’re totally aware of the manipulation going on (I think we’ve all seen a Photoshop job that goes beyond reality and into the realm of WTF?), it’s still possible to subconsciously absorb the majorly toxic messages that are constantly repeated by the culture at large, and to begin questioning if we’re doing something “wrong” by being, you know, actual human beings with flaws and such. I mean, I’ve been professionally rolling my eyes at commercials and being grossed out by red-carpet commentary and “bikini body” crap for decades now (history lesson: if you were a teenage girl circa 1995, you had to read at least 25 celebrity profiles that began with “the petite actress ordered a chicken Caesar salad” and then spent two more paragraphs describing that salad, its ingredients, how much dressing was used, how much was eaten and in what manner), and I’m STILL susceptible to this garbage. I recently saw a commercial that was all about loving your armpits, and my first thought wasn’t Hey, this is dumb, but rather Oh man, now we’re going to obsess over armpit smoothness? What if I DON’T LOVE MY ARMPITS ENOUGH?

Thankfully, the armpit crisis was short-lived—I had settled on Nope, this is dumb, I don’t care before the ad was over—but resisting the diabolical messaging took years of practice, after years of horrible self-destruction. For most of my late teens and early 20s, I had severe anorexia, and it wasn’t always so easy to push perfectionist thinking aside and recognize that society-at-large’s messages that I needed to “be better” were actually super harmful and ruining my life.

As a former Nobel Prize winner in the field of self-loathing, I can assure you that the very same energy a person puts into hating themselves can be harnessed for good. I spent years looking in mirrors strictly to find things to feel bad about. I noticed every lump and bump and felt ashamed of myself for not being absolutely flawless (which, btw, no one is, except Beyoncé). I was convinced that I was ugly and gross and that nobody would ever love me, because I didn’t look like I’d just stepped out of a magazine. I compared myself to my friends, celebrities, strangers on the street, seeing the beauty in everybody but myself.

Self-loathing is easy, once you get the hang of it. I couldn’t see anything positive about myself, mentally or physically, and I refused to consider an alternative viewpoint until I was forced to many years later, after my poor body image had developed into a full-blown eating disorder and I was hospitalized for a while. It was in the hospital that I learned how to fight back against negative thinking by doing something that sounds like it should be simple but is still something I struggle with: loving myself.

I am well aware that “loving yourself” sounds like some corny ~inspirational~ stuff that your aunt Debbie posts on her Facebook, accompanied by pictures of boring sunsets and recipes for okra bran casserole or whatever. But it’s actually an extremely powerful move that essentially gives the finger to an often cruel world while celebrating all that is good about life itself. To love yourself is to recognize your own worth, beauty, and strength. Here are a few ways to get started:

This is one of the most important lessons I learned in the hospital. I was already using a ton of energy to hate myself, and when the opportunity came about to challenge that mode of thinking, I decided to give it a shot. I figured that at the very least, I could allow myself to expend a tiny bit of energy on treating myself a little better. If it was too hard or unpleasant, I could always quit and have one more thing to loathe myself for, right?

Reframing is a process that asks you to pay attention to the constant negative thoughts in your head and eventually to challenge—and finally change—those thought patterns. Every time my brain shot out something like “Your thighs are huge and ugly,” I immediately came back with something positive, like “My thighs are strong and help me swim.” By taking the power away from the negative thoughts, you remind yourself of the truly remarkable things your body can do. It takes a lot of practice, but eventually you’ll find yourself able to compliment your body as fast as your brain can insult it, which changes the way you look at yourself and quiets the negative voices that try to bring you down. Steering away from body talk altogether can also be helpful—if your mind wants to make you feel awful about your physical attributes, reframe things by focusing on the other beautiful, weird things about yourself, like the power of your laugh or your superior ability to impersonate a disappointed Alex Trebek after everyone blows the answer on Final Jeopardy. You are more than what you see in the mirror. You are lovely in ways that cannot be mapped or described.

There are times in a person’s life where the only appropriate thing to do is to be a complete cliché. Is it totally cheesy to sit in a bubble bath, surrounded by candles? Of course it is. But it is also the greatest, and a perfect example of self-soothing—allowing yourself to feel comforted and relaxed by doing something specifically kind for yourself.

Self-soothing is a perfect way to flip the script on negative thinking. If your mind wants you to engage in destructive behaviors, self-soothing can distract you from harmful patterns while replacing them with something positive. A bath, for example, gives you the opportunity to both relax and focus on the lovely things your body can do, as it is a sensory experience. Instead of concentrating on things you think are “wrong,” concentrate on how the water feels, how the candles smell, how the music you’re playing sounds, and how good your muscles feel as they get the chance to just chill for a second. These are tiny, lovely experiences that people often overlook. Slow down and pay attention. Give your body and your brain a chance to feel a bit of peace, and you’ll carry that feeling with you for the rest of the day.

Self-soothing doesn’t have to be so literal, though: You can soothe yourself by drawing, watching funny movies, dancing, taking a drive, calling friends, writing, playing games—anything that makes you feel good and encourages positive vibes instead of negative ones.

Sizes! They are the worst. They are also completely meaningless, as there’s no standard throughout the industry. I’ve actually bought like four different sizes at the SAME store on the SAME day, because there’s just no consistency in anything. So if you are obsessing on sizes, please don’t. Just concentrate on how things fit and how they make you feel. And if you’re still a bit numbers-obsessive, you can always cut the tags out of all of your clothes so that you can get used to just putting things on that fit, rather than that Size Whatever dress in your closet.

If clothes shopping is a major trigger for you, it also helps to bring little sticky notes with happy, positive affirmations on them, which you can make yourself or grab from the girls at The Dressing Room Project. Sometimes it helps just to have a friendly visual reminder slapped on the mirror to combat those ever-looming negative thoughts that tend to thrive in dressing room situations.

When I was hospitalized, I didn’t even want to look at my body. It was going through (necessary and healthy!) changes, but I wasn’t in a mental place (yet) to deal with them. Instead, I decided to focus on a part my body that I did like: my eyes. My eyes had always been the same, regardless of my weight, and though I’d never been into makeup before, I became a bit obsessive, buying mascaras and eyeliners and shadows—beautifully packaged things that had no size designation—and spending hours in my room trying on different looks. For the first time ever, looking in the mirror was actually fun!

For about a decade now, I’ve maintained my obsession for products—shampoos, perfumes, lotions, lipsticks, etc.—because they make me feel happy. I don’t pay attention to the undermining advertisements that say this magic potion or that miracle serum is going to “fix” my “flaws.” I don’t buy this stuff because I hate myself and think I need fixing—I buy it because I like myself and I love red lipstick and I don’t care what anyone else has to say about it.

Even if you start with something as tiny as “You know? My big toe is gorgeous,” you’re on the right track. You have to give yourself a break, and be able to say “So what, who cares?” when things aren’t perfect, because perfection is super boring, and you are a shining light of all things marvelous, weird, and beautiful. ♦