Everyone must depart the realm sometime. 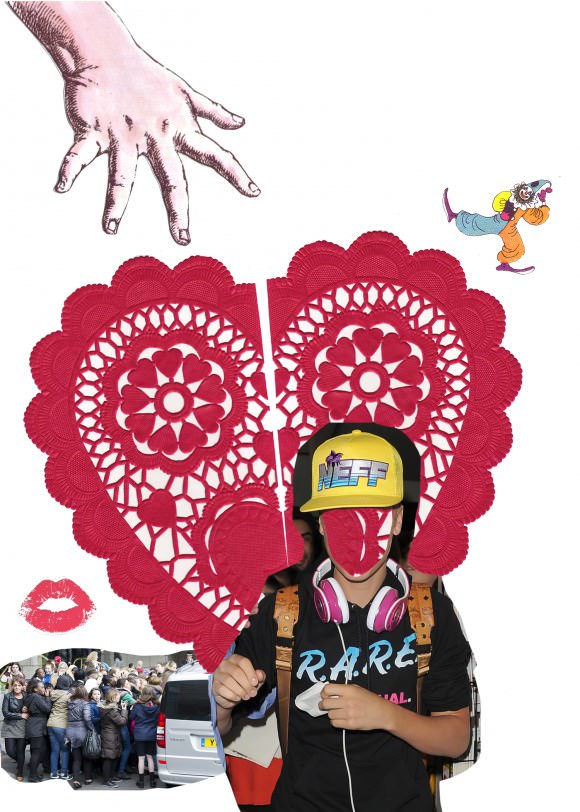 I hit the remote control next to the bed and turned on the lights to play The Secret Land of Zenon. Normally the game helped me fall asleep after a show. But tonight I was too wired, so after a while on Level 63 I paused it and called Jane’s room next door. Maybe talking to her would calm me down, or at least she could give me one of her zolpidems.

It rang six times before going to the hotel’s voicemail. I tried her cell.

“I thought you were staying in tonight,” I said. From the song’s bass line, I could tell it was Madonna’s “Like a Virgin,” which has a dance groove that closely mimics “Billie Jean,” even though it’s directly influenced by that old Motown song “I Can’t Help Myself.” But pretty much everyone rips off bass lines.

“The label asked me to meet a radio producer for a drink,” she said. “And turn off the game.”

Zenon still plays background music when it’s paused, synthesized strings and light percussion, and I guess she could hear it over the Madonna. It’s savvy audience-loyalty retention strategy, because it reminds you the world of Zenon is still there, always waiting for you to come back.

“I can’t sleep. When are you coming home?”

“I finished all the ones you gave me. Can Walter or someone from concierge get the bottle from your room?”

“Absolutely not,” she said. “I don’t want anyone poking through my stuff. You’ll have to fall asleep on your own.”

I ran my hand over the puffy white comforter. Hotel beds are way too big, like the mattress and sheets are swallowing you up and you could disappear inside them if you aren’t careful, and it can be harder to fall asleep in a luxury king than it used to be in a sleeping bag on the carpet at Michael Carns’s house.

“Can you sing the lullaby, at least?” I asked. Sometimes it made me sleepier.

She waited a few seconds. Then she quietly sang the part of the lullaby that goes:

She doesn’t have a great voice, but she sang it slow and low. “I’m sorry for snapping before, but try to go to sleep,” she said. “We have an early start and a big day tomorrow.”

“Goodnight, baby,” she said, and hung up.

I put down the phone and stared at it. It was easy for her to say I should try to fall asleep when she wasn’t the one who’d just performed for two hours in front of a capacity crowd of 17,157 fans and had to take a meeting with the label tomorrow back in L.A., who was probably going to voice their concerns that the new album hadn’t meaningfully charted yet, which meant it never would, since sales momentum rarely reverses at this stage in the game unless there’s a major publicity coup. And now that I’d convinced myself zolpidem was the only way, I didn’t have a chance without it.

Walter needed his shut-eye to be alert enough to protect me, and I wasn’t supposed to call Nadine for nontutoring issues unless it was an emergency and she didn’t like it when I took zolpidem, plus neither of them could get access to Jane’s room anyway and they might tell her I’d asked them.

I had one other option, but I’d never tried anything like this on tour before. If it didn’t work, I’d be in big trouble, but thinking about my schedule the next few days, a bad night’s sleep might be worse. My body shook a little as I picked the phone up again and called the front desk.

The woman who answered sounded black, but it’s hard to locate accents in a city like Vegas, where everyone’s from someplace else. She went, “I’m sorry, but we can’t allow anyone access to guest rooms.”

I said yeah, and she laughed. “Uh-huh, right,” she said. Her voice changed the way it does when people think I’m fooling them. “Even if you were Jonny Valentine, I don’t know if I could do it.”

I was probably checked in under James or Jason Valentino, so I told her that, and said, “If I could prove who I am, will you let me in?” and she said she’d believe it when she saw it, so I asked where she was working and what her name was.

Then my body really started shaking, except part of it was from setting the thermostat to 64 since colder temperatures make you burn more chub. I changed out of my pajamas and put on my sunglasses and Dodgers hat and stood on top of a chair to scope out the peephole for any child predators. If I ran into someone without Walter providing crowd buffer to prevent interference or trampling or abduction, I needed something to cover my face, so I grabbed the teen-demo glossy with my one-page write-up in it that the label had messengered over in the morning. It wasn’t the smartest disguise, because there was a small photo of me in the top horizontal strip, which meant my plan was to cover my real face with a picture of my face. But, as usual, Tyler Beats owned the central real estate and commanded consumer attention, with a candid of him holding hands with a brunette actress and the headline Tyler’s New Squeeze!