I Have to Do It Right: An Interview With Jean Grae

Our new life coach on her music, her web show, and the importance of discovering things yourself. 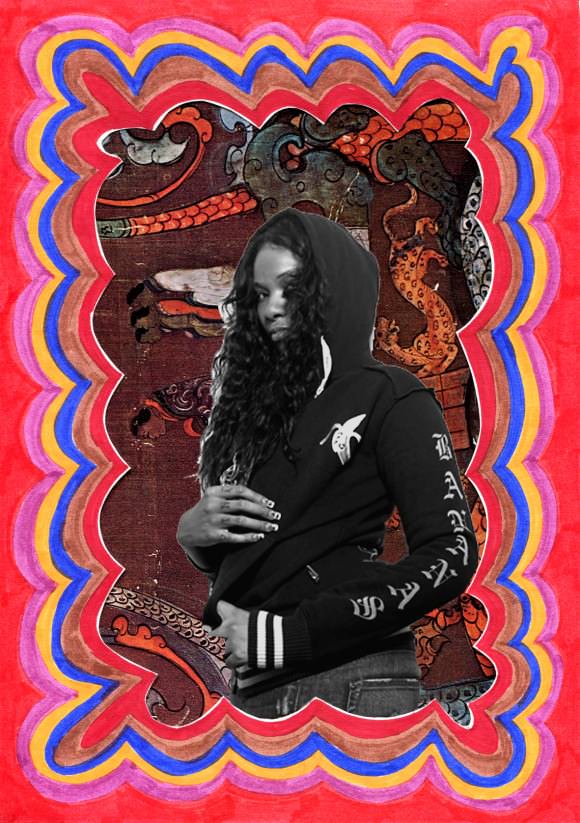 My favorite thing about Jean Grae is that she does whatever she wants, and does it well. She was a fierce MC rapping with a couple of groups in the early ’90s, and went nuclear after going solo with 2002’s Attack of the Attacking Things. I’m not good about writing about music in a music-y way, but I love how her music makes me feel like I’m completely OK just as I am. I also appreciate that she doesn’t shy away from personal subjects: “My Story (Please Forgive Me),” from her album Jeanius, is a really intense look at abortion and depression from the perspective of a teenage girl who experienced them, “My Crew,” from The Bootleg of the Bootleg, walks you through how friendships change when people start getting famous, and “Before the Summer Broke,” from Gotham Down Cycle 1: Love in Infinity, is a beautiful tribute to her mom, who recently passed away.

Jean really came into her own as an artist when she decided to release her work independently in 2008. She had been producing albums with bigger labels, but she grew disenchanted with the way the industry treated her specifically and women in general. She announced her retirement in 2008, but then decided instead to keep working, just on her own terms. In the past year alone, she has self-released three EPs (the Gotham Down trilogy), a book, and a hilarious web series, Life With Jeannie, that she wrote, produced, and directed. She’s also one of the funniest people to follow on Twitter. The next episode of Life With Jeannie comes out tomorrow, and for you New Yorkers, she’s doing a show at the White Hot Room at Union Hall in Brooklyn the same day!

Since I love each one of her many, many projects, I was thrilled beyond belief to Gchat with Jean for Rookie. Before we spoke, I wanted to talk to her about being a prolific storyteller, comedian, and artist who has figured out how to find her own beat, but now I want to hire her as my life coach.

DANIELLE: What does doing a TV show do for you that the other mediums you work in do not?

JEAN GRAE: Everything allows me a different outlet. It’s not that I need to be doing a million things or I’ll go nutty, either. I’ve heard people say that about me, and I’m like, “Nah, I fucking love doing nothing. FOH.” [With TV], I’m just a huge fan of dialogue, that form of writing, editing, beautiful shots, interaction—all of it. Rap is a one-sided conversation all the time, which is really unfulfilling. Also, what kind of fucking lunatic person has to rhyme words all the time? Seriously, if you had a friend like that, you guys would not be cool anymore. Just tell me what the fuck happened! Honestly, it’s confining. Then, inside of the confining box of rap is female rap. It’s like Russian nesting dolls! It’s horrible in there.

And then they’re like, “Oh yeah, and here’s a glass ceiling!” WHY. It’s just stupid on all accounts. I think stupidity angers me more than anything else.

I think your confidence is jarring to people in a very gendered way, which is bullshit, but you handle it SO WELL.

You know, I get that I scare people. And sometimes it’s hard to not seem scary. But it’s just a misreading [of me]. I’m a lovely person—I just don’t think people should be allowed to talk to other people however the fuck they want.

It’s impressive that you made a TV show, and that it’s what you want. Life With Jeannie is on par with Louie and Girls, as far as I’m concerned. And it’s super important, even if it’s not a central plot or theme, to see black women front and center, doing their thing in this medium.

SON. I’M HUGGING YOU. Thank you! For black women, it’s very fucking important, and I have to do it right. I feel so much responsibility for it—in a good way. I know what I want, and, more important, what I don’t want. I thought it was really interesting that [when the first episode came out] no one called it a black show, even though that episode had an all-black cast, including a black female lead. We were making some seriously thick-in-black-culture jokes, but the characters just feel like people. Rachel True thanked me on Twitter for not making it about race or even addressing it, and I LOVE that she got it. That was important.

Your Twitter is amazing—nothing makes me happier than watching you tell people to USE THEIR BRAINS to get some info about you. But you are extremely prolific, so I feel like it’s hard for people to keep up with you. Is making sure people have a way to get your stuff a part of being indie that means more work for you?

Sometimes it gets difficult, because you really want people to be able to get your things, but you don’t want to sound like a fucking asshole by telling them to look [your material] up. It’s just…I’m a fan of people, too, and I would never ask anyone directly what was going on with their product, or their brand, or anything; I would type it into the handy little internets. Before I would even think of going to Twitter to ask them what they’re up to, I would scan their Twitter list, because I’m pretty sure they’re using it to tell people. I love looking for things and finding out things. Discovering things. But I think people’s unwillingness to seek knowledge is a bigger problem than just some fans wanting information about music. It’s really important that people have a need, and a want, to educate themselves.

Is that drive to seek things out is part of your creative process?

I hope so! I like to think of it like The Matrix. You could plug in, read a program, and say, “I know kung fu.” How is typing “how to” into the search engine any different? It’s not. It’s the same thing. I can just see the code. I get it. There is no spoon. The key is asking the right questions. All the answers are there.

You are kind of breaking the mold in all these mediums. Does that make it hard to measure your success?

It’s very hard, mostly because there’s nothing to compare it to. No one knows if what I’m doing is successful, because there has never been another me doing this. So this could be a horrible failure, but no one knows. Which is fucking weird. I’m really so happy to have such amazing and varied creative forces around me. They inspire me in so many ways, and I know that I do that for them as well. That’s when everything is pretty awesome. I draw from everything. Everything that happens and doesn’t happen.