How to make a part-time job suck less. 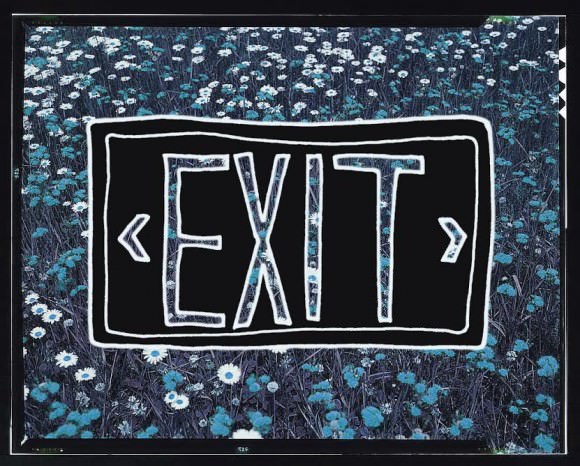 Landing your first job is an important milestone, but it shouldn’t make your life miserable. I should know—I had four less-than-ideal part-time gigs before I moved away for college, and that’s not even counting the night I spent six hours washing dishes at a Mexican restaurant for $20 and an order of enchiladas. It’s been a decade since I earned my first paycheck, and looking back, it would have saved me a lot of stress if I had known how to stand up for myself at work and/or how to quit with dignity when a job wasn’t right for me. Sometimes you have to step out of your comfort zone and put your foot down! So here’s what to do when your working life looks way different from what The Baby-sitters Club led you to expect.

1. Stay open to learning from even the most basic-seeming jobs.

I got my first-ever job, at a convenience store, when I was 14. My duties included serving customers, selling cigarettes and lottery tickets, dusting the tops of food cans that had been on the shelves for a while, and sweeping the floors. Sounds pretty easy, right? It did to me too, but at first I was terrible at all this stuff—not because I couldn’t do it, but because I didn’t want to. I spent nearly every shift eating candy, reading issues of Marie Claire, occasionally sweeping dust onto the street instead of into the trash (which is technically illegal, I have since learned), and wearing my dad’s hand-me-down pretty fly for a white guy T-shirt. It was a super lax work environment, as you can probably tell.

Over time, I got better. I learned to tell the difference between beef and chicken pies, clean the deli slicer without cutting my fingers, and decipher what all the numbers on cigarette packs actually meant. I appreciated that working gave me money to spend on books, clothes, and CDs (I used my first paycheck to buy Outkast’s Speakerboxxx/The Love Below) and taught me the basics of how to speak to people professionally. I realized that even though what I was doing wasn’t exciting, it was still important. On any given day, I’d serve customers, receive deliveries, and keep my boss up to speed on how the shop was running. I played a role in keeping the shop running smoothly, and that responsibility taught me a lot, even if I wasn’t keen on dusting cans forever.

Just a few months of working at the convenience store also gave me something real to add to my tiny résumé. Soon enough, I’d acquired enough experience to get a job at a CD/DVD chain franchise, aka my absolute dream job at the time—I had recently seen the movie High Fidelity, which made working at a record store look impossibly cool. I was looking forward to completing my collection of Dashboard Confessional albums, thanks to the staff discount…and perhaps also finding myself a boyfriend who looked just like Rivers Cuomo.

2. Talk to your co-workers.

At school, you often make friends based on the things you have in common—you grew up together, or you play on the same sports team or, at the very least, you’re the same age. In a work environment, it can be harder to find common bonds. At most places, you’ll be working with people of various ages, tastes, and lifestyles. Sometimes you’ll need to dig a bit deeper to find what you might share with them. This might seem awkward at first, but trust me: When you find that thing you share—whether it’s being annoyed by certain kinds of customers or a love of flinging rubber bands across the store on slow days—it becomes infinitely easier and more enjoyable to spend your nights and weekends together.

At the convenience store, I was left to work solo most of the time, so I’d never really worked right next to anyone until I got the job at the CD store, and for a while I didn’t know how to relax in front of my co-workers, who joked around and chatted about their friends together as I quietly shuffled around the store. I was terrified of coming across as weird and withdrawn, but equally scared of inserting myself into the inside jokes of people I saw for only a few hours a week!

After I’d been there for a few months, a boy who went to my school told me that my manager was his aunt. Apparently, she’d mentioned to him how shy I was at work, which had made him spit out his lunch. In every non-work environment, I was talkative—even domineering—but at the store, I thought I had to keep my head down so I didn’t overstep any professional boundaries. That conversation taught me that it was probably OK to be more of myself at my job. Over time, I learned about my workmates’ lives, developed in jokes with them, and bonded over movies and music we loved (the most important part of all). Giving myself the freedom to speak up not only helped me relate to my manager, my co-workers, and our customers, it also improved my performance at work, since I was happier and less anxious. It also seriously improved my music library—it turned out my co-workers had good taste!

A couple of jobs after that one, I worked at the checkout station of a department store. Despite having a few years of work experience under my belt, I was terrified of looking like I didn’t know what I was doing. The first time a customer wanted to pay with a check, I had no clue how to process it. Rather than ask for help, I just took the check, hid it under my register, and told my supervisor I felt sick and needed to go home. I imagined that someone would find the hidden check in my absence and that I’d get in huge trouble, which made me so nervous that I called and quit the next day.

I realize now that that scenario totally wasn’t a big deal, and it would have mattered even less if I’d just flagged a co-worker down and asked what to do. No one expects you to nail something perfectly the first time around, and asking for help shows that you want to learn and get better, not that you’re dumb or inexperienced. Showing you care about getting things right makes you look way more professional than pretending to know everything the minute you start. You’re not going to annoy anyone by asking questions that will make you a better employee!